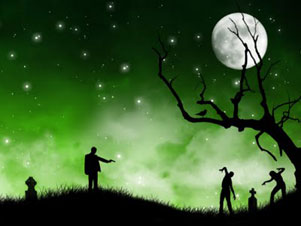 How could it be that the Hammersmith job went so terribly wrong? It was a simple burglary – a drop from the Thieves Highway into the third floor bedroom of a London socialite who was out on the town with her lover – the Austro-Hungarian Ambassador. The medallion was odd – a crudely shaped star on a copper ingot, but a job is a job and you are a thief. Anyway, the Professor said that you could keep anything else that you lifted from the penthouse.

It was the smell – a briny tang - that hinted you were not the only one in the darkened room. By candlelight perched near the safe, you could only sense movement in the shadows. Suddenly, smothering darkness – no arms holding you, just the cloying smell of salt, heavy and hypnotic – then sleep. If it hadn’t been for the socialite, Miss Hope, returning early and just at that moment, you probably would have been killed rather than held in the stinking cells at Scotland Yard for the last ten days. In the end, nothing was missing from the safe, and Miss Hope seemed to prefer a quiet resolution to the affair.

But that was only the beginning of the strange happenings, as upon your release the Professor and your cabal had vanished. You had tried all the contingency contacts, and they were either dead or missing. The safe houses abandoned - for the first time in ten years, you are alone. And yours was not the only cabal disbanded – rumors from the Docklands to Whitechapel hinted at mysterious vanishings and brutal slayings. Chaos, it seems, is shaking the underworld.

A simple card with the words “Haunting Hand” was in the black envelope passed to you by the barman at the Headless Woman. You have second-guessed the decision several times, but here you are – in a strange vault in the sewers under St. Michael’s Church in Highgate, sitting around a stone slab. Five steely-eyed strangers are with you, but no words have been exchanged. Suddenly, a large black-bearded man with a top hat stoops and enters the room.

“Ladies and gentlemen. A new cabal is forming. Right now, we are recruiting the finest cracksmiths and assassins in London to join our guild. As you know, a terrible force is ripping through the heart of the thieving guilds in London. Tonight is the night we bring this madness to and end. Tonight is your audition for the Haunting Hand..."