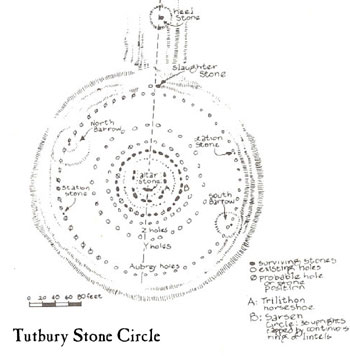 Colonel and Vicar locate the library/master study on the first floor of the house. The Col finds a chalk rubbing on the west wall, of which he makes a copy. On a page on the desk is a calling card from Jones and Powers: Solicitors.

In the bedroom is found a rough-hewn oak box, and a steel chest with flickering runes on it. In the oak box are some odd-shaped locks with exposed gears and tumblers, made of a creepy grey metal. Col. Deasy touches the runes and a puzzle runs through his mind, which he solves. Within the chest he finds an African sacrificial dagger. The dagger is in the shape of a serpent with three legs, and in the hilt is a spot for a missing gem. He also finds 60 black oily candles. Downstairs, some villagers find a bag of sovereigns under some floor boards. The bars will be busy tonight and tomorrow.

Robert Clark takes the glass locket outside with him and searches for the ghoul. It moves toward him, and seems enraged when he holds the locket in front of her. Robert hangs it on a tree and backs away. The ghoul takes the glass locket, crushes it under foot and crumbles to the ground, really dead.

Dr. Rukhs, Dr. James, and Inventor Bell visit the Tutbury medical person, a Dr. Conover and he gets us healed up. In conversation, he reveals that Nathan Hardwicke is not a strong will man, but rather gullible. Penny Fletcher elects to stay with Dr. Conover.

The vicar explains to us that the night before he found a book at the castle. The book seems antithetical to the Church, rather like demonic summoning. The Vicar shot and killed the summoner of the ghost, who seemed to be using a metal flask to control the ghost along with the book.

The rest of the party follows the Vicar to the castle to learn if there might be some other summoning events planned there. Through her Archeology skills, Dr. Rukhs determines that there is nothing more to be found at the castle ruins. The summonings were probably meant to be a distraction from the work going on at the Tutbury Stone Circle. Thinking on the Stone Circle, Georgina performs an augery concerning the Weal or Woe of us scouting out the circle:

There is power to make the venture Wealful, but not using something could make it Woeful.

Inventor Bell, having grown up near a stone circle is familiar with their lore and construction. From his knowledge it is decided to remove the summoning power of the circle by taking out a major component of it, the heel stone, at the entrance.

Through a spyglass we see that there is an argument among some people, one of whom is Nathan Hardwicke.

So a plan develops, one that hopefully doesn't involve me firing guns and missing. James and Rukhs will go around the other side of the circle to distract the workers, from a high ridge. Inventor Bell has cast a communication spell that allows us to maintain conversational communication although separated. Meanwhile, Bell, Vicar Moore and Robert Ashton will dynamite the heel stone when we've distracted the rest of the workers.

While making their way over to the heel stone, they see the two Mi Gi, hovering in the sky, where they could see the heal stone and any who approached it Bell loses 3 sanity while the Vicar drops 5.

Successfully moving silently this time (the laceless loafers must be a good idea for Dr. James), we stand on the ridge and shout toward the group of workers, "Nathan Hardwicke, we're here to rescue you!" Then Dr. James fired a couple shots, and he and Dr. Rukhs run back of the ridge into the woods, being followed by two of the workers, and apparently on of the flying things. Both Georgina and James thought dull thoughts about the dirt and grass, and the Mi Go seemed to not detect them or lost interest, returning to the center of the circle. They rig up a trip rope between a couple trees, and when the pursuers come near, they continue to pretend they are here to assist Nathan Hardwicke to safety. The trick seems to work because we trip up one guy. Dr. James begins to fire upon him and deftly misses. Eventually he and Georgina take out the pursuers, but not without sustaining some damage themselves. We take some Cure Minor wounds. The recover the pursuers' pistols and 20 bullets.

On the other side of the circle, there is a wild gun fight. It's clear that the workers are mind controlled and fight suicidally. They party does set and explodes the dynamite, destroying the heel stone. Then there is a loud crashing noise, splitting wood, as a couple zombies or barrow wights exit from the ground of to the side.

Two of the cultists from the Circle went to the house, pried off some boards holding the door and went in, looking with candles for something. Inventor Bell drops one, and the Vicar intimidates the other and follows him leaping out through a window. He subdues a large man with thinning hair, Miles Kidd.

They had gathered 12 black robes for a summoning ceremony. Miles says he's a member of the Haunting Hand and talks about the Great Old Ones. From him we learn:

Due to intimidation, Miles offers to get us to the docks in London. (How can we believe this?!?! I'm just saying….). There's a ship coming from headquarters, to set sail January 21, 1892, to take whatever is summoned.

Miles knows of a secret entrance. We go back to London with him, via train. Georgina tells us of her artifact, and believes the rest of us have something similar too. Many of us deny that, but Dr. James suggests that she perform a Weal or Woe augery on the idea of us confessing to having relics and perhaps seeing how they might work together. Very Weal.

Robert mentioned that when he joined the two keys he has, a guard looked directly at you, from very far away. It might be interesting to learn if he was merely aware of you when the objects were in a powerful mode, or might you be able to exert some form of control over these followers with the artifacts. We seem to have established that their minds are controlled so they will attack suicidally. Perhaps we have the means to direct and redirect some of these people.

Specifically, we have Miles. Perhaps Robert could join his keys and then approach him and learn if he has some more powerful form of command on him. If so, we might be able to trust him a bit more than we do now. Perhaps join the keys then approach him and say or think "kneel" or "sit" and note what happens.

We had already completed one training day of the three training days required to move up to 3rd level on our first train trip up to Liverpool. When we got back to London , we spent two days doing nothing but training, so we are now all 3rd level. During that time there were no reports in any newspapers about strange goings on at stone circles. After the two days we spent training for 3rd level, it was Jan 15. We know that the ship with all of the creatures is due to set sail on Jan 21. Given that we still need to find two artifacts and we don't know if they are even in London, we decided not to train all the way to 4th level.

Our captive, Miles, told us that he knew of a secret way into the Haunting Hand's lair through a statue of a mermaid in a warehouse that only he could activate. He said the time of day when there would be least resistance was dawn, and we sensed he was telling the truth. We decided to wait until dawn of the following day to go in. Everyone did their first day of training for 4th level except for Inventor Bell who did some adventuring. He bought a fresh case of dynamite, then he went to spy on the docks.

He noticed six dock workers loading crates from the warehouse onto a merchant ship called the Christabel. In the evening, he followed them to a pub called The Mermaid and the Merchant and listened in on their conversation. Of interest, they said they were sailing to Boston and that it was a dangerous trip to do in winter. They mentioned that they were annoyed they weren't allowed in the main hold of the ship. They also said that the "woman" would be traveling with them. The "woman" they referred to was probably Julia Gladstone. One other item of interest from the pub is that one of the six men kept his face hidden in a cloak. Otherwise, he participated in the conversation like any of the other dock workers.

At dawn the next morning, we went to the docks disguised as dock workers. We brought Miles along tethered to the Vicar via a sharp wire hidden inside Miles' shirt collar. The Inventor hired a boy to be our link to outside help. He cast a Message spell on the boy and told him that he should hang out on the docks waiting for a magical message. He also gave the boy info on whom to deliver the message to. At the same time, the Colonel told his officer friend that we were heading into a dangerous situation at the docks involving Rufus Gladstone and that if we got in bad trouble he would receive a message from a boy we hired. It was up to him to provide whatever help he could at that time.

We entered a large warehouse with Miles. There were no people inside. Along one wall was a huge wooden crate roped off so nothing could be placed next to it. Jutting out slightly from the opposite wall was an office with a door, no windows. Miles said that the mermaid statue that guards the passage to the Haunting Hand's headquarters is just on the other side of the door. Only his hand will open it. (Does it need to be attached to Miles, though?)

That's where we left off. We have not examined the crate or opened the door. The plan is that once we go through the door, deal with what is on the other side, and get Miles to open the mermaid passage, Georgina will cast a Locate Object spell looking for one of the two remaining artifacts. The locate spell has a range of 520 feet and lasts for 3 minutes which is why we want to wait until we are inside the headquarters. The current date is Jan. 16 and the ship sails on Jan. 21.