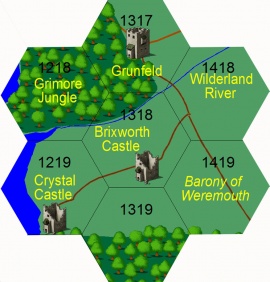 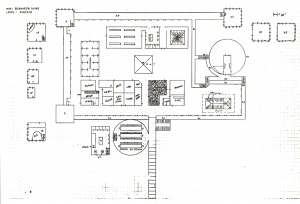 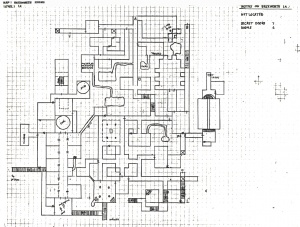 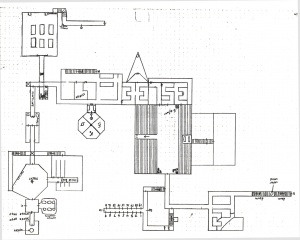 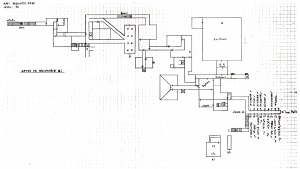 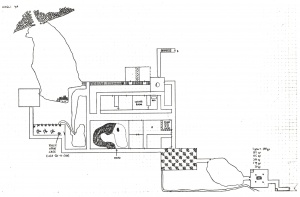 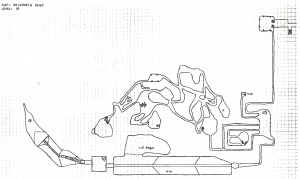 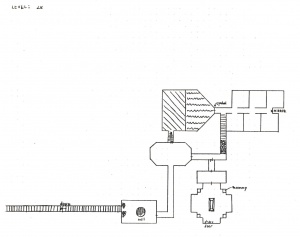 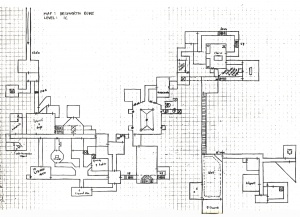 Adventures in the Ruins of Brixworth Castle

Brixworth was the first dungeon explored in the Second Age, everybody started off with a new character. Gone were the dominating days of Sir Brian du Bois, Art Bucheroni, and Gomez the 23rd. Instead we saw the rise of Korik the Hobgoblin Cleaver (followed by the entrance of the ever-secretive Dahmagi), Victor Quasi Modo (followed by the appearance of Sir Lotsa Potential), his ancientness Lord Don Shula, Hollingsworth the Cleric (followed by Gareth the Stoic), Tex Rugalo (his family and Nybor), and Elvis Whitehead.

In addition to the regular group, our adventurers were joined by the likes of Lecto Longbottom (and later Sir Rosebud of the Elderberry Downs). We journeyed in the ruins for almost a year, and there were a number of memorable rooms and events which took place during this time. The Brixworth Castle complex was divided into three major sections. I have copied all of the maps herein and annotated them with my own remembrances of each section (marked A, B, and C).

The original premise for the adventures was a notice from Durban of Greyheath: 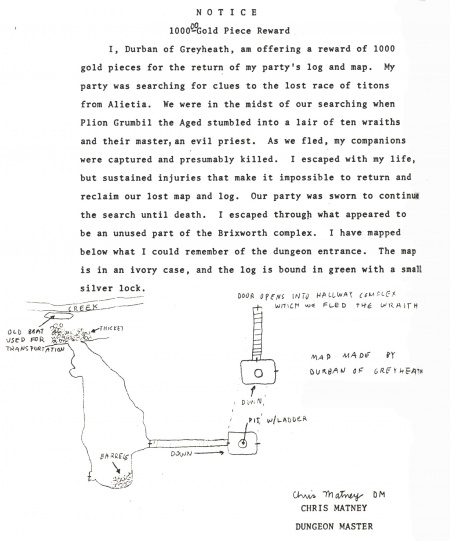 The surface level of Brixworth Castle provided little in the way of adventure for our heroes. It was, rather, the source of several entrances to the dungeons below. Following the usual impetutious tradition, our heroes took the first set of stairs leading downward.

Those were the stairs in the prison area. There are too many rooms to describe what happened in each. But among the most notable rooms which come to mind, who can forget the numbered doors in the hallway of level 3A. When each door was opened, the party would be teleported into a 40 foot by 40 foot room. Facing the group would be a random monster. Upon dispatching the monster, the party would choose between two levers. Picking the correct lever would yield treasure. An incorrect choice would yield nothing. Remember when Hollingsworth the Cleric slid down a magical slide and was captured in one of the numbered rooms? Upon opening room 17, the party faced Hollingsworth the Cleric, impetutiously they killed him only later to discover that somebody had a Scroll of Feigning Death.

Also of note, was the triton room of level 3A. Remember the original quest was to find the tritons (see Durban's Notice). It was here that Victor Quasi Modo was killed. For the longest time, the golden naga kept the party at bay. Eventually, the naga was killed, and VQM entered the triton room only to be crushed by a giant alabaster ball (thrown by a triton). As I remember, the party ignored the titons thereafter and greeted their newest arrival, Sir Lotsa Potential.

On level 2A is a rather odd-shaped room labelled "Treent." It was here that most of the party perished, and the famous quote "Treents can't climb stairs!" originated. Lecto Longbottom climbed the nearest wall and were it not for his long bottom, he might have lived. As I am informed, only Elvis Whitehead made it to the top of the stairs. But alas, poor Elvis (only one level from making it to full bard status) was killed.

Of final interest in the first section of Brixworth Castle was a room on level 4A marked "Lich-In-A-Can". The room was filled with various containers containing various undead. The containers would open when touched. However, the proper number of levels of experience were needed in order for the devices to function. Luckily, the group never attained the requisite number of levels to open Lich-In-A-Can.

Nevertheless, the party was teleported from Level A to Level B (somehow). The rough caverns that the party entered contained several interesting encounters. Most famous was the Dahmagi-DM disagreement about whether a red dragon can turn around in a 50 foot wide cavern. I think so. As the party crossed the lava bridge, there was a cavern off to one side that contained an ancient red dragon. As I remember, Dahmagi had the most incredible backstab while pulling his light riding horse from his backpack. After a considerable disagreement, Bill left, but the Omni wouldn't start. In the end, the party filled their bags with treasure and were off.

After wandering through a maze of tunnels, the party quickly dispatched a number of mummies, passed through a phase door, and entered into level C.

There were many traps in the Brixworth ruins. One of those traps was a slide to level C. The party, however, entered the trap from the wrong end (being teleported to the far end from the slide). There, they found themselves in a strange room above a net which spanned the entire space. The net was filled with giant lizards. What ensued was a battle that seemed to last forever. The party killed the lizards mostly using missile weapons, but not before they resorted to using gold pieces as bullets. Out of arrows, sling stones, throwing daggers, and spells, our heroes headed through several pit traps and the lair of an evil cleric. The party eventually escaped through a wall of fog and came out at the bottom of the slide. I'm not sure how you got up the slide, but I imagine Dahmagi probably used his incredible dexterity to save the party. A happy ending to a great adventure.

With the Brixworth ruins cleared of its treasures, the party soon longed for more adventure. There was also the constantly reoccurring question of who was the greatest adventurer of all time. It was from this debate that the first MatCon was born.