Demons of the Covenant 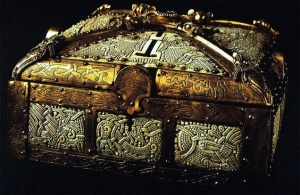 The most complete list of the covenants was originally compiled by a unnamed monk in the ninth century of the Second Age. This list has been updated by the court historian Nennius after the Second Demon War.