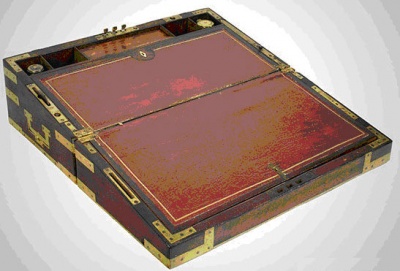 Haggelthorn has given us our final objective. Once we can secure the wings, we will be able to remove this cursed storm that chases us like a tax collector out for blood. Only problem is getting to the damned things.

After we received the cryptic message from Haggelthorn that we could be compromised, we set sail with haste to get back to the manor and see what we could do to insure our safety. As we headed south, the only thing of note on our journey was passing by the mystical gypsy ship the Gilded Lady on the 3rd. This was Juju’s true home, and the ship was heading north away from its last victim, Dragonsford. Java flew over to attempt to talk to someone in charge, hoping to gain information for both the whereabouts of the Dourmoors as well as any possible help for Juju. All she received was cryptic talk, and she flew away before she could be added to their menagerie.

We continued south with the utmost speed and arrived at Haggelthorn at midnight on the 6th, as we are wont to do. We made our way to the same inn we had used during our last visit, and waited for first light, at which point we rushed to the manor to consult Haggelthorn and find how we’d been compromised. When we arrived, Haggelthorn quickly moved us into his study, where he told us that the means by which he had been sending messages to Finn was a magical writing desk, and that a sister desk had been acquired from Jana Blackfire, and that they could use it to eavesdrop on our written conversations. The desk needed to be in close proximity in order to be sure to intercept the messages, so Blackfire had placed it along with her men in an abandoned mill south of town. The crazy necromancer told us that if we could retrieve the desk, in addition to him revealing the location of our wings, he would find each of us powerful artifacts that we could use moving forward. We reluctantly agreed to this change to our original agreement, and after bartering with him over selling Darksong’s body and her offspring, we set off to secure a desk.

We arrived at the mill at about 10am and knew that time was not on our side. The mill was isolated in the middle of nowhere, and there was not a lot of cover to get to the site, so Chironomous and I decided to become a distraction for the paladins guarding the entrance, while the zombie army assaulted from the river and the rest of the party sneaked in through the back. As I called out for Jana to step forward and face us, the guards started rudely firing. Luckily, they were bad shots. Our distraction was enough to get everyone in position and when the battle started, it was not long before the paladins were overrun. That is not to say they did not fight back, as the human pincushion Finn was felled by one of the pretty-boy knights. The same one attempted to flee to the desk, in order to teleport it away, but with a well-placed bomb in his face, he died before the ritual could be completed.

With the desk in tow, we returned to Haggelthorn to uphold our end of the bargain. He received the desk, and we received the location of the wings, which were on an island named the Lost Key. As an added bonus, he resurrected Finn, without us having to put him in front of the mirror. He also told us that the storm was only a day behind now, and that we would only have a couple of hours on the key before the edges would be upon us. We thanked him for his help, and reminded him of his deal for our artifacts, and then set sail to make the Wanton Wench whole once more.

We arrived here at the Lost Key around dusk on the 7th. This place is odd. The island’s center is a large volcano, around which it looks like an ancient tribe of creatures once lived, as a village had been erected on one side of the island, as well as two staircases carved into the rock. We have made the ship invisible, in case anything wants to take her like Darksong attempted and have snuck our way to what appears to be a much older pathway up the volcano. The craftsmanship of the stonework is exquisite, and we can hear mechanical whirring up ahead. Of course, we couldn’t get a friendly island with shots and demonesses waiting for us, no. We get certain death with a side of destruction instead. Oh well, once more into the breach.