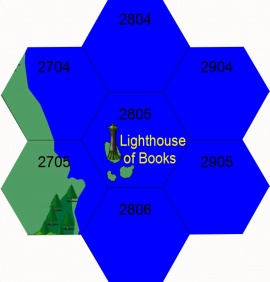 It is rumored that within the Lighthouse of Books lives an ultra-powerful wizard who has many strange spells. It is said that he once called forth a giant beast of fire to melt the ice in the Inner Sea so that a shipment of rare manuscripts could get through.

Adventures in the Lighthouse of Books

Fearing that the undead army from the Tomb of the Ten Sons might be too slow to act against the orcs already in the Thunderland Plains, our heroes sought the aid of the mysterious librarian at the lighthouse of books. After a fairly uneventful journey across the Plains of the Beast, the party stood at the base of the lighthouse pounding on the door. What did the librarian want? Books? Gold? No, poor Vishniac the Collector wanted fish. He had to eat somehow. 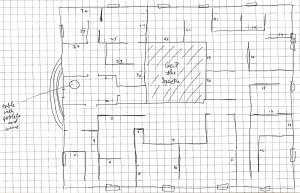 After filling the librarian with an ample supply of cod, the party asked for help. Vishniac sent the party on a quest to save Barak the Red-Cloaked and bring him back to the lighthouse. Instantly, the party was teleported somewhere in the southern hemisphere of the Realm. They found themselves outside an austere building later to be identified as an art gallery. After snooping around, our heroes entered through the front door. There, they found several goblets of wine waiting for them. Each of the party took a goblet and started wandering through the paintings. A listing of the paintings:

After quickly dealing with Dole the Doleful (the rather pitiful spectre- caretaker of the gallery), the party searched for a painting containing a man wearing a red cloak. They did not stumble into Dole's rather testy brother Cecil the Spectre, but found what they were looking in painting number 8. Without realizing that they needed another glass of wine to get out of the painting, several of the party members drained their glasses and jumped in. After dispatching the creatures guarding Barak, the impetuous adventurers were rescued by their calmer counterparts bearing a number of goblets of wine. All exited the painting and returned to the Lighthouse of Books. To this day, the Dungeon Master wonders why the party didn't enter into the paintings that contained only treasure. It couldn't be any easier. Free treasure and free wine. What could you want?

In any case, the party found themselves back at the base of the lighthouse (the map of which is still CLASSIFIED). After gaining some minor help from the librarian, the party was off to stop the opening of the Demon's Covenant at the Demon's Pocket. Time was running out for our heroes. 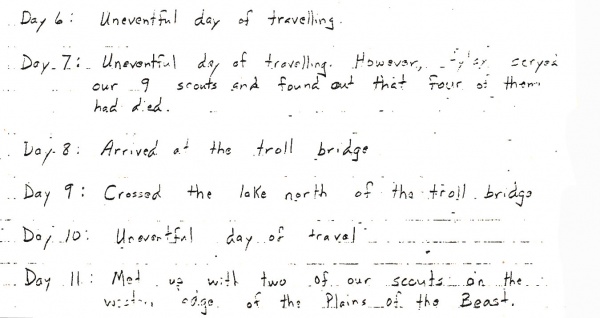 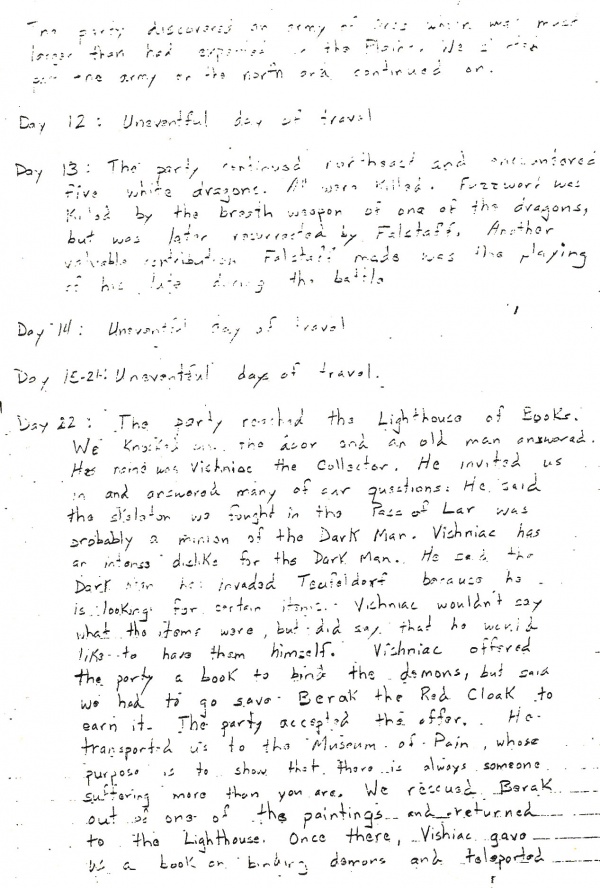