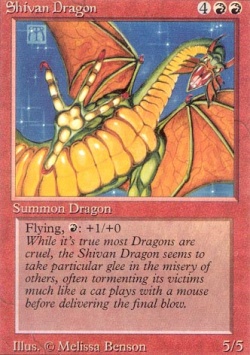 Magic the Gathering: The Menagerie

Introduced at Matcon 24 in 2005, MTG Menagerie replaced the arena-style "everybody against the DM" matches. The game has now become a regular event for the weekend. A variant of our tried-and-true draft game of Magic the Gathering, the new format takes no preparation and allows us to play a few quick games together.

Deck Construction and Playing the Game

We start by holding a six player draft. Each player gets 3 booster packs. Sitting in a circle with teammates opposite each other, open one pack, pick the card you want from your pack, and then pass to the left. You may discuss strategy as much as you want with your partner before the draft, but no table talk once the draft has started. At the end of the draft, everyone has 45 cards. From these, make a 40 card deck. You may not share cards with your teammate, but limited discussion about deck construction is fine. I will bring plenty of basic land so everybody can fill out their decks. As always, booster packs are provided at no charge. Each team plays a best-of-three match against each of the other teams.

Starting with Matcon 35, a ranking system for MTG players has been created based on the number of winning matches played over the last five years. Why? We now start MTG with the #6, #5 and #4 players drafting their playing partners - just like the good old grade school ballgames. The current rankings for our MTG Menagerie tournament are:

If your team is the overall winner, you are allowed to choose one spell from your Magic deck to use in the D&D adventure. For example, Vince is on the overall winning team. Vince chooses a Shivan Dragon (a card from his deck) as his spell to cast. During the D&D adventure, Vince may summon his dragon and, if he wants, use his magic points to pump up it's breath weapon. The DM will decide exactly how to implement spells in the D&D game and reserves the right to disallow any spell which is out of balance or out of the spirit of the game. In this case, Vince's Shivan Dragon takes out a horde of treasure-toting orcs gaining him enough experience to learn how to track indoors.