It all began on a warm, Friday afternoon. Chris, Kimberly, & I loaded my car full of food, beverages, games, more food, more beverages, and yet even much more food. I should have taken a picture of the car crammed full of stuff, but I didn't think of it at the time. Then Chris & I went to the airport to pick up the rest of the gang. We headed up the hill and made it to our luxury accomodations around 11pm. The traditional first night poker game featured a non-traditional 4-of-a-kind and an even less likely straight flush, sorry Bill & Alan. The holders of the insanely lucky brilliantly played hands, Chris and Tim, nabbed the luxury suites. Following a not-so-productive gaming session Saturday morning, we played a rainy afternoon round of golf at Pole Creek. 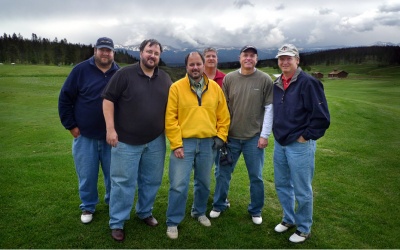 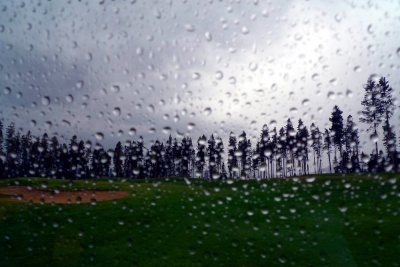 The old clubs were impervious to the weather. They'd been through much worse conditions. None of it on the practice range though. 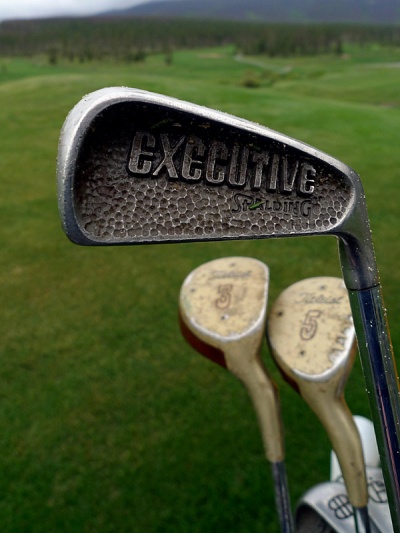 The trees were seriously hurting due to the pine beetle infestation. The golfers had a difficult time keeping on the green stuff too.

Unfortunately for Tim, he shared a cart the first round with the guy who brought the camera and thus is featured prominently here. Luckily for him, no pictures were taken on the infamous 7th hole. My memory card only holds 8GB worth of photos of golf balls splashing into the pond. 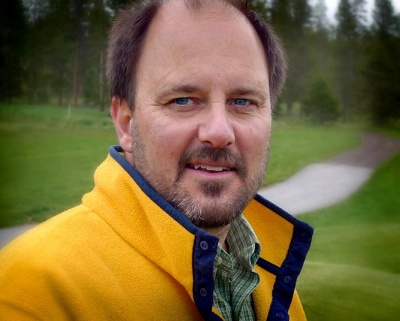 The other group was blistfully unaware of the digital surveillance that was going on.

We played the second round on Sunday morning. The weather cleared up but the pace of play slowed down. Practicing on the putting green before the round is sure to help. We'll check the scoreboard at the end of the round to see how much. 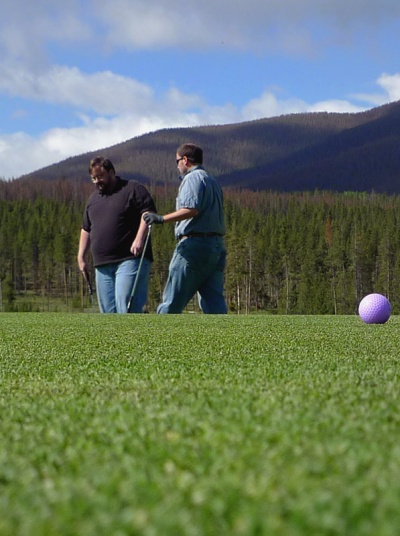 Now it's time to play a quick game of Guess Which Golfer This Shadow Belongs To. 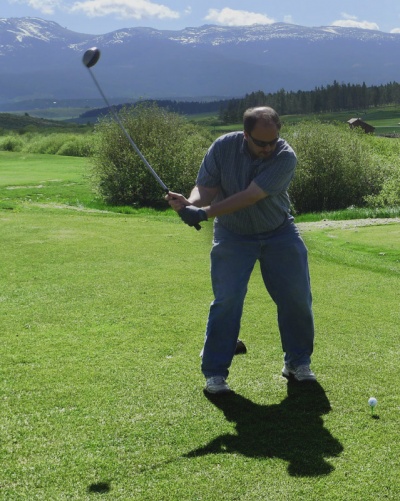 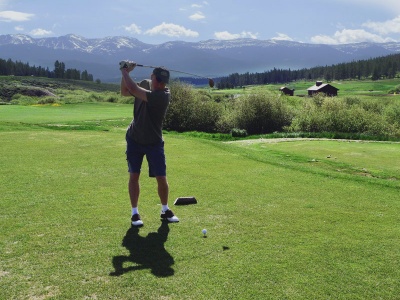 It's much easier to navigate through the woods than it used to be thanks to the beetles. Where's Falstaff when you need some plant care? 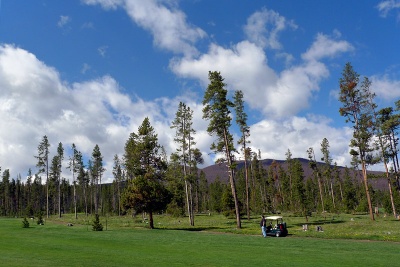 There are still a lot of really nice views on the course. 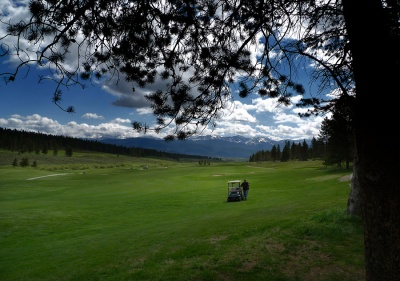 For Bill and Alan's golf victory dinner (and beverages), we drove to the thriving metropolis of Granby. 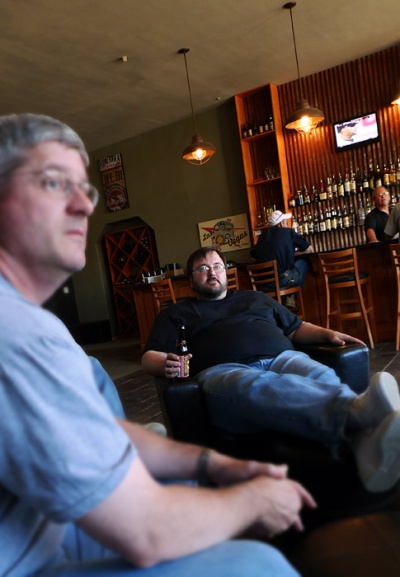 We ate at a very good restaurant called Brickhouse 40. 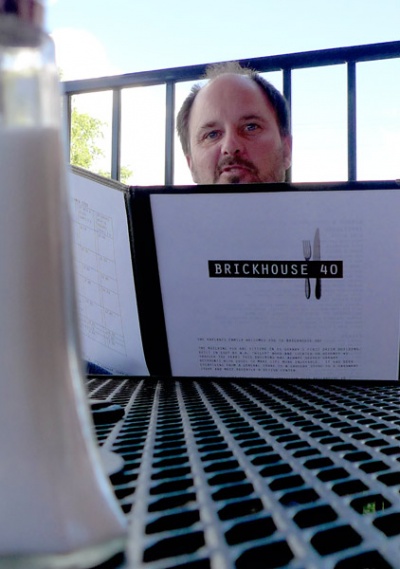 I wonder how it got the name Brickhouse? I think 40 comes from 40 mosquito bites per minute. 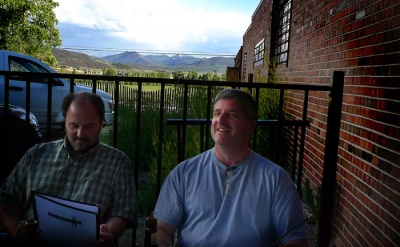 Alan displays some satisfaction following the dinner he won on the golf course (or it could be gas). 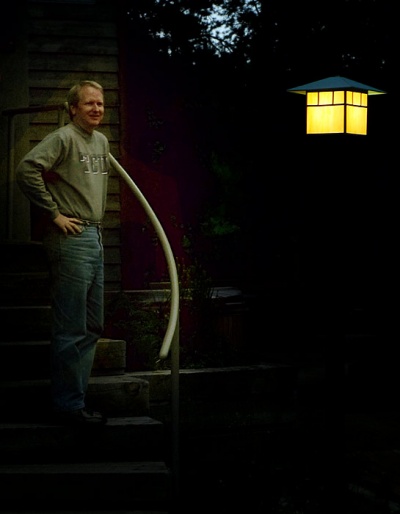 The games continued back at the house. 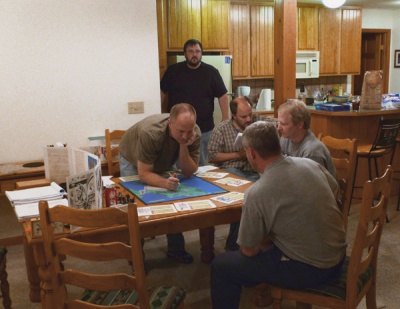 There was much strategery. 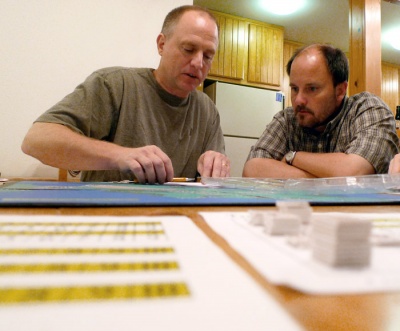 And a few surprises from the DM combined with some very back luck. 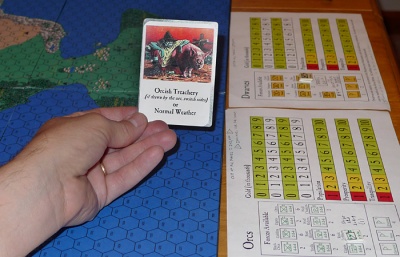 The battles were massive. Each one of the tiles represents a brigade(?). I'm sure Bob will correct my military terminology if it's incorrect. Anyway, it was a big, ol' invasion fleet. 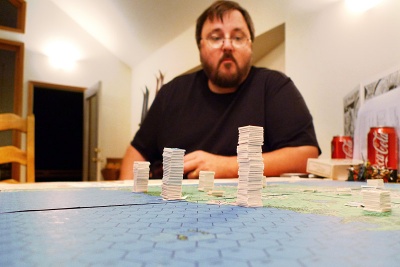 At the end of all the golf, gaming, puzzle solving, burning of time-shifting evil creatures, burning of treasure, and feasting beyond all common sense, one would be crowned champion for the year... again. 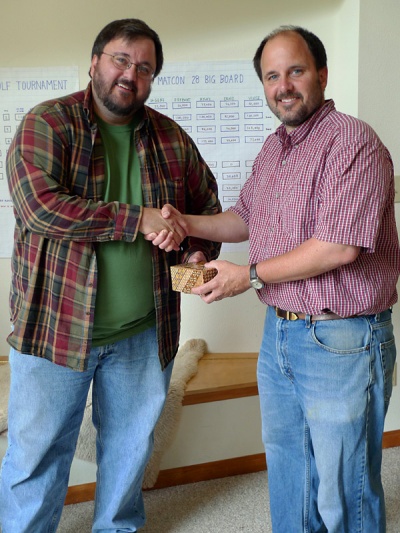 To finish it off, a few more scenic pictures. The new camera has many special effects modes to play with. 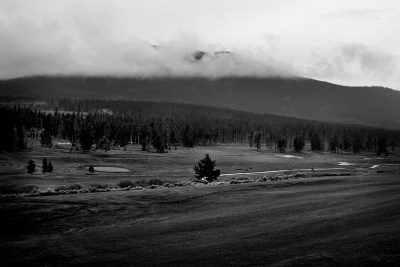 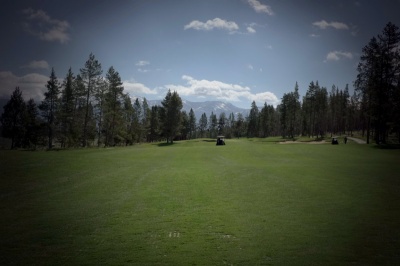 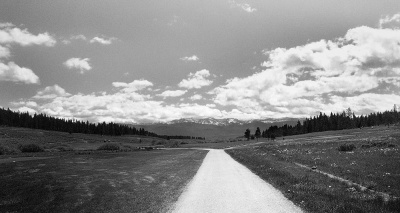