River of the Dead and Caves of Youth

DM's NOTE: This was originally one adventure - the River of the Dead - but it was run in two parts. The DM passed out from a kidney infection halfway through the first game and the concluding rooms - the Caves of Youth - were run six months later. It is presented here in its original combined form.

Adventure to the River of the Dead

The party journeyed under a waterfall onto a sandbank filled with undead priests and skeletons. This part of the adventure is well chronicled on Map 7. 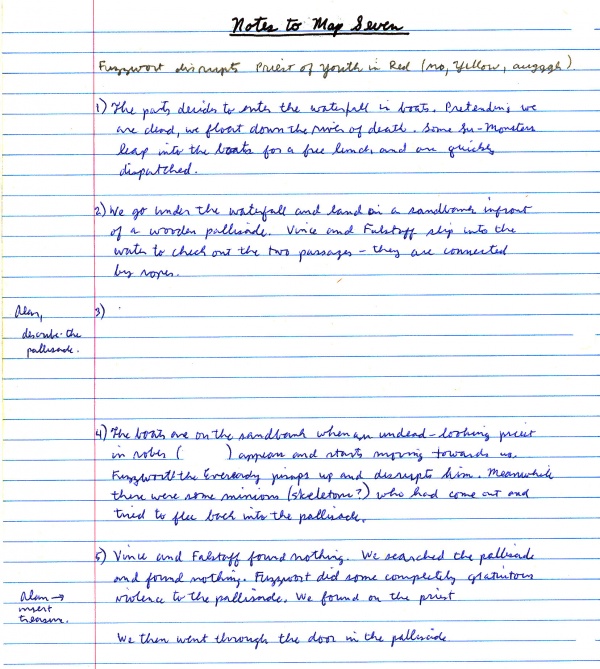 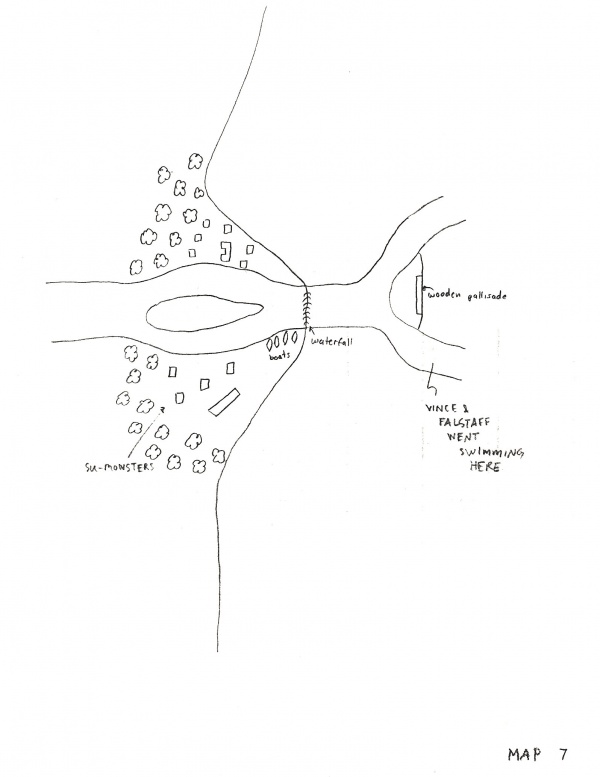 The Caves of Youth

This part of the adventure took the party a long time to complete. The caves of youth were inhabited by four priests and their minions. Each priest held domain over one branch of the cave which radiated off from a central altar. The priests had some sort of ritual of immortality, but it is doubtful that it will ever be performed since the ceremonial sword was broken by Ernie and the gloves were lost with Goldberry. A number of things of interest happened. First, the party discovered Tuatha and Goldberry in a cage suspended above the river. Each priest (except the red one) seemed to have his treasure in a trapped room. The priests also seem to represent the seasons (or some manifestation of them). 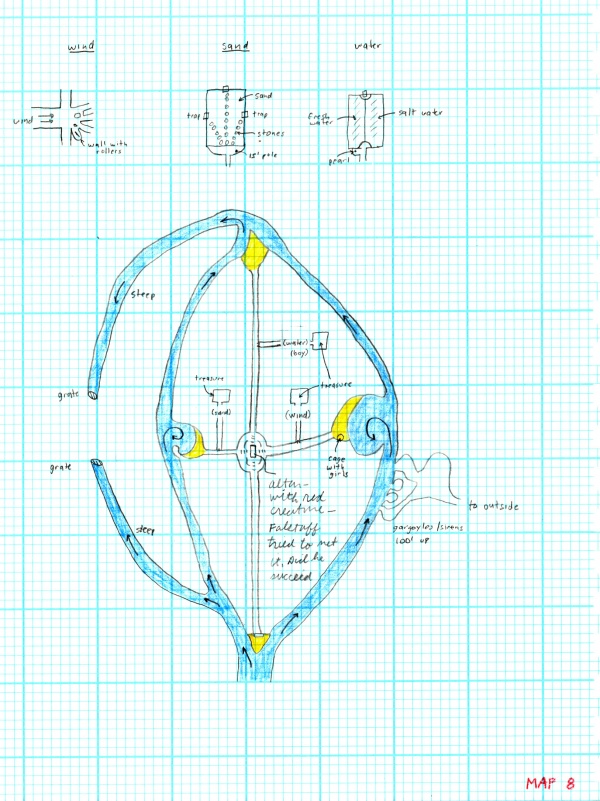 The Lair of Derthmoor the Damned, the Alligator Pits, and the Drunken Guard

The next three adventures should have struck the party as rather unusual. Besides the motif of the river, they were somewhat random. Perhaps, this was a manifestation of the Elven Shield (see Adventurer's Guide). Hylax did a good job telling the highlights of this part of the dungeon on Maps 9 and 10. Having failed the test of the guard, the party found themselves in Ariandor (without knowing the way back). It is here that Goldberry used the pyramid to return to Dragonsford. 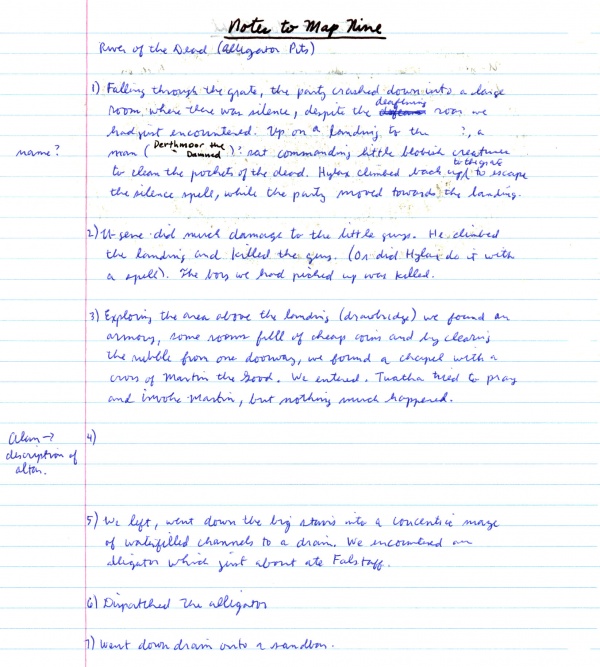 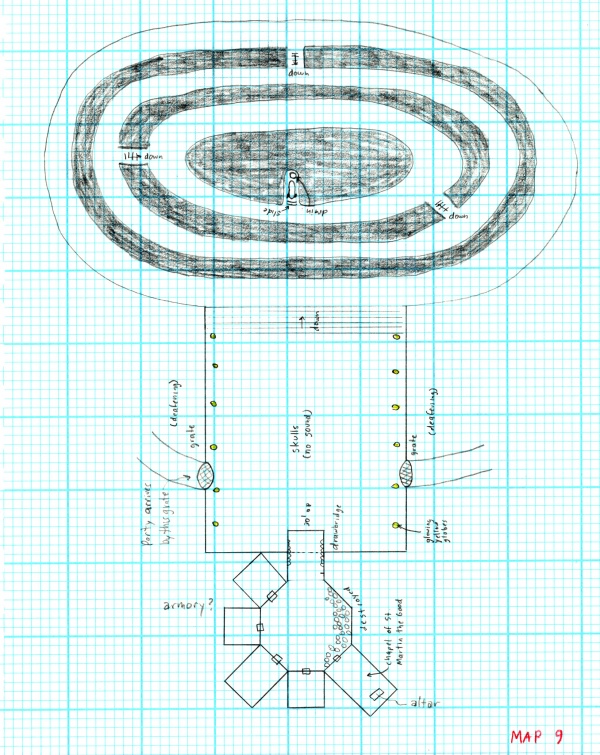 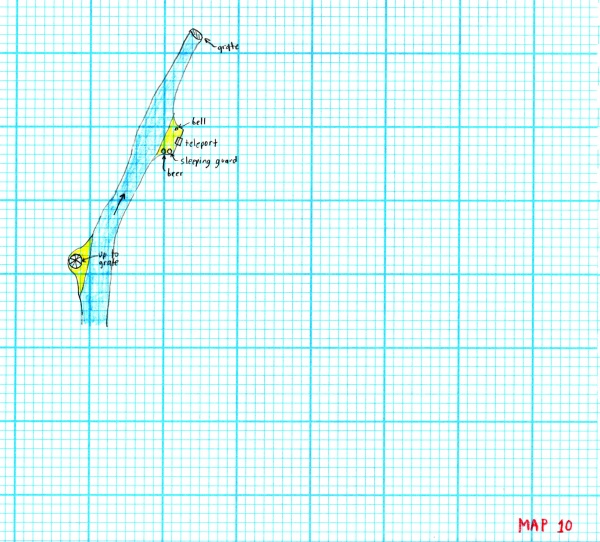 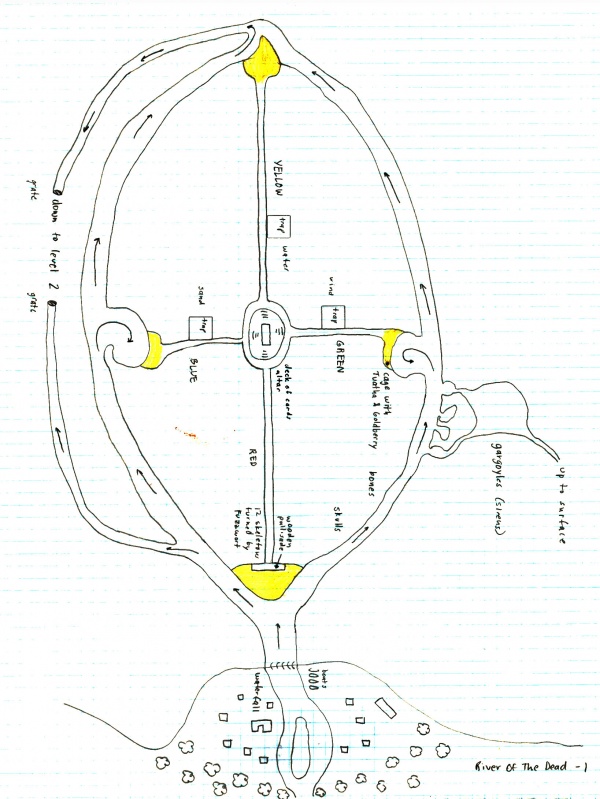 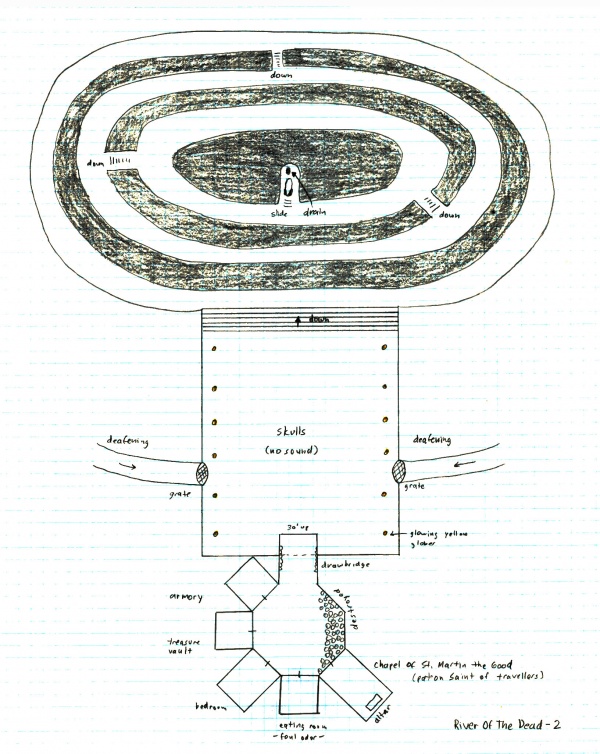 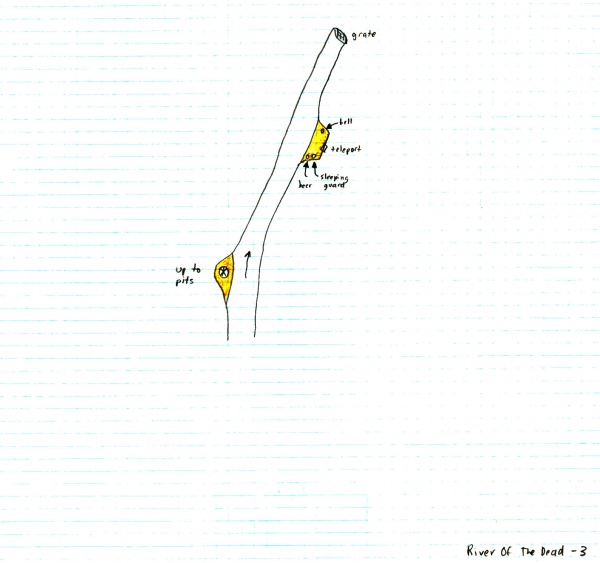 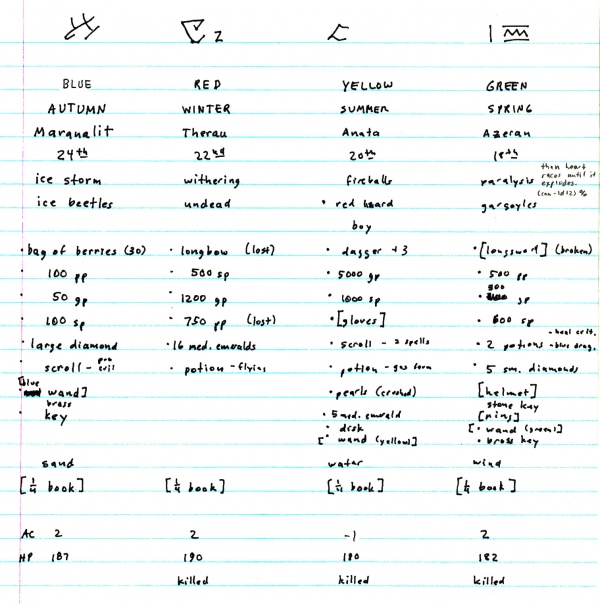 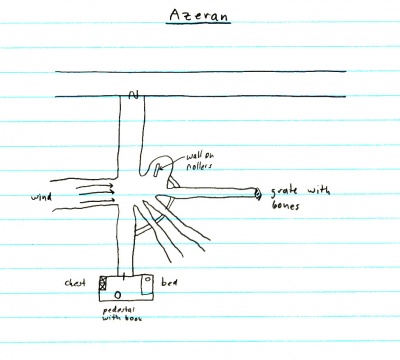 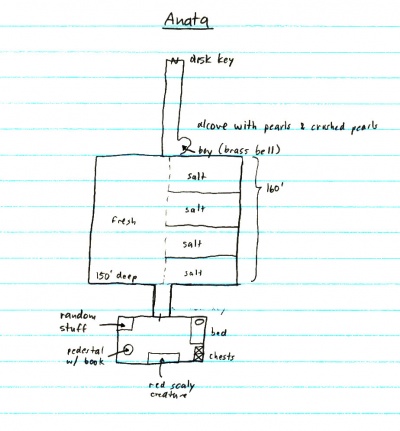 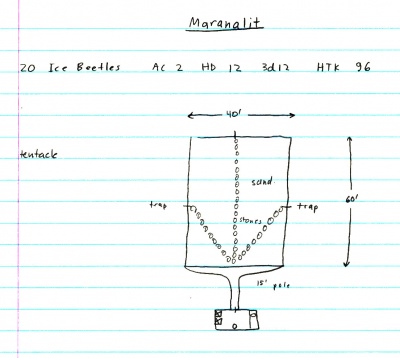