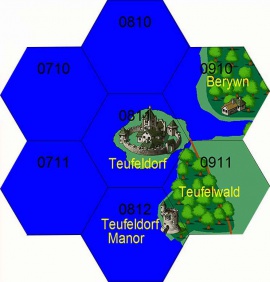 It was a quiet time for the Reaches, and the party was sitting back and having some brews after escaping from Bast and her minions. About the time when things were getting dull, our adventurers were approached by a strange man who introduced himself as Parknor T. Travellor. He told the party that an army was being raised. Not just the usual collection of mercenaries and trained swords, but a small elite force of the best fighters and spell casters around. The reputation of our heroes was widespread, and Parknor solicited their aid.

First, they needed to be tested for leadership capabilities. Parknor had devised a series of test for the party to complete, and each successful test would advance the group one rank. There were six ranks (and tests): bronze, copper, brass, silver, gold, and platinum. When the party failed at a given test, then they would become warriors of the next lower rank.

Although secrecy surrounded the project, the party soon found out the purpose of the army: a raid on Demogorgon's castle. The castle, located in the Ether, could be reached only by the use of a one-time artifact that Parknor had found during his wanderings. The artifact would teleport only sixty-six warriors for sixty-six minutes. The timing of the raid would be precise - to coincide with an upcoming party in which Demogorgon would be joined by other evil factions plotting against the Crown. 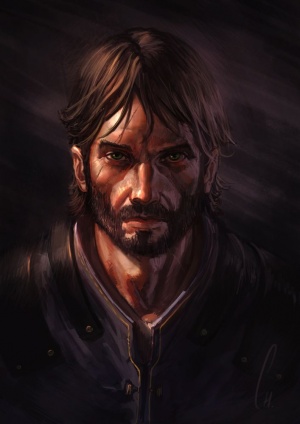 Parknor T. Travellor mysteriously appeared in Teufeldorf in the early months of 830 TA seeking to put together an army of sixty-six warriors and spellcasters to make an assault on the stronghold of Demogorgon. Adventurers were chosen based on their ability to pass six tests, and they were teleported into the demon stronghold in late April 830 TA after several months of training. The raid on Demogorgon's castle was unsuccessful, and shortly thereafter, Parknor T. Travellor disappeared.

The first test of Parknor T. Travellor was meant to judge the basic resourcefulness of the party. The party included: Zephaniah the Good, Sirfexx Ivancevio, U-Gene the Dwarf, and Ernest Goodfellow. Our heroes were faced with killing the Wraith-Lord Barru. However, Barru was protected by zombies minions, an apparition, four bronze golems, four scorpions, and hell bats. It is recorded that almost sixty such creatures were killed before U-Gene sliced the Wraith-Lord into tiny pieces. It is here that Ernest Goodfellow found the strange feline creature known as Catnip. Catnip was known to be able to bring the dead back to life. During the subsequent tests, Catnip would ressurrect Sirfexx Ivancevio once and Zephaniah twice. It is also here that the party found a Ring of Warmth, the Amulet Versus Undead, the Crystal of Souls, and 17,500 gold pieces worth of coins and gems each.

The second test of the strange Parknor was meant to test skill in planning. In addition to the four of the first adventure, the party included Hylax the Barker and Vince the Invincible. This strange test took place on a large galley known as "The Quantum Leap." The ship was attacked by a sea monster and three red fire drakes, but the most fearsome encounter came with a red-haired woman. The crew had been checked out before leaving port, but nobody noticed the slight emanation of evil coming the front mast of the ship. Within the mast was a dimensional anchor. A door through which the Demoness of Possession passed, taking the soul of Zephaniah the Good with her. Zeph had opened his cabin door, and freely allowed the lady into his room (like a vampire, she had to be invited into a room before she could enter). Before he could utter a scream, Zeph's mind and soul were gone. And so Zephaniah the Good has remained. A mere shell of his former self. The party continued on, and landed on a beach where they were attacked by some natives. The party was given a stern warning.

Welcome Hylax and friends.
My trap is now complete.
Don't bother with your wimpy rune weapons.
Congrats to U-Gene on your map reading.
Too bad you won't enjoy your treasure.

Then came the final battle. The party faced fifteen copper guards, four copper monsters, a carrion crawler, an army of medusas, a massive fighter called Pragg, an army of orcs, and finally a copper beast with poisoned fangs. But this proved to be a very prosperous adventure, for the party gained: Ring of Protection, Scimitar +1, Necklace of Missiles, Phylactery of Faithfulness, Rod of Flailing, Cleric Scroll, MU Scroll, Wand of Metal Command, Hammer +2, Wand of Magic Missiles, Ring Mail +1, Sword +3, Chain Mail +1, Potion of Invulnerability, Dagger +1, Sword +1, Short Sword of Quickness +2, Staff of Paralyzation, Deck of Many Things, and 80,817 golds pieces (in platinum, gold, gems and jewelry).

The third test was one of greediness. It is here that the party failed. However, Sirfexx was missing throughout this adventure. The party journeyed to Stonehold. Along the way, they fought twelve crocodiles, forty or so orcs, a water thing, two manticore, a night hag, brass robots, brass turtles, a brass druid, and several brass drakes. It is not recorded how the party failed, but it is recorded that they returned with a Wand of Wonder, and a Cloak of Protection +3. It is also rumored that the following items were destroyed: Lens of Detection, a Broad Sword +3, a Cleric Scroll, and a Necklace of Adaptation.

Our heroes passed the first two tests: resourcefulness and skill in planning. However, the third test, greediness, foiled our adventurers, and they become warriors of the copper rank (also known as the copper buttplate).

The time had come for the Raid on Demogorgon's Party.