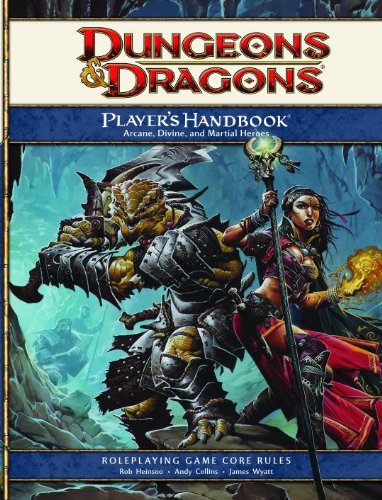 I guess we should establish a few things upfront.

First, I am a D&D grognard. I started playing D&D in 1976. At that time, there was only one version of the game, now affectionately known as Original D&D. I can remember with fondness a long summer at our lake house in the Ozarks spent pouring over the white boxed set of rules with supplements for Greyhawk and Blackmoor. To say that character attrition was high back then might have been an understatement. I dutifully bought each supplement, reveling in the glimpses it provided; frustrated that so many holes remained. During this time, I was a player but I knew the future held something more.

With the release of Basic D&D and AD&D in 1977, I quickly realized that as an “experienced” gamer, AD&D was the system for me (and consequently never bought the Basic D&D books). While we continued to play OD&D, I was captivated by the completeness of the AD&D books. In late August 1979, after several agonizingly unsuccessful trips to the King’s Crown, the Dungeon Master’s Guide finally arrived. By the start of the school year, I was ready to run my first adventures: Tegel Manor and the City-State of the Invincible Overlord. Game on. So, while OD&D provided the catalyst and sparked the interest, AD&D was the hook that kept me playing.

This brings me to my second point. During my long gaming career, I have tried many, many gaming systems. Not all of them, mind you, but enough to come to an important conclusion. Role-playing is about the story and the adventure. The rule set should provide a means to have a consistent, fun experience, but it shouldn’t be the focus. If I want rules, I’ll play Third Reich. I played Traveler, Runequest, etc. I found things I liked about each of them, and I found things I didn’t like – hit location comes to mind as a particularly onerous concept. But, in the end it is not about the combat rules, skill trees, or any single mechanic. It is about unlocking imagination, having fun, and keeping things moving. Historical realism is not the point for me.

By the time the Monster Manual II and Unearthed Arcana came out, I found myself getting less and less out of each new rulebook. And, while I bought each dutifully, I can honestly admit that my Manual of the Planes is relatively untouched. When 2E AD&D came out, it left me flat. Granted, it was aimed at younger players (me being 26 at the time), but the mechanics did not provide a better playing experience. The system was not elegant, nor did it provide a more realistic game. The tipper for me was the thinly-veiled attempt to make D&D mainstream, eliminating demons, assassins and half-orcs, because I might not be able to distinguish those from doctors, lawyers and politicians. While I threw away my 2E AD&D books, I have never regretted the decision.

In 1988, I published my own set of Rules of the Realm, an offshoot of AD&D meant to plug the gaps that I felt remained. We have played the Rules of the Realm for 17 years, and they still get an occasional workout even today. Ironically, many of the ideas that I expanded resurfaced in D&D 3.5 almost 20 years later. For example, I created 30 “adventuring percentages” to cover all the miscellaneous tasks such as searching and climbing. These were trained at each level and only slightly restricted by class and race. Now, I won’t claim to have covered the topic as completely as “Skills” in D&D 3.5, but the ideas and mechanics are the same. Overall, I managed to reduce 400 tables in AD&D down to a couple of dozen. The Rules of the Realm, in my estimation, were elegant; relatively-well balanced, and certainly provided fast-paced play.

So, now we come to D&D 3.5. I might have missed out on this wonderful edition of the game altogether except for joining another local group (as a player for the first time in almost 25 years) in 2003. After hours of playing and several complete readings of the core books, I realized that the Rules of the Realm and D&D 3.5 had come together again. While I’m not saying that the D&D 3.5 rules are perfect (how complicated can you making turning undead?), the basics are all there. In 2006, I started running my first D&D 3.5 campaign (once a DM, always a DM). Ironically, it was called Return to Tegel Manor. D&D 3.5 is a system that I really like for its ability to provide an interesting, useable structure to the game and yet have enough interesting twists to keep the hard-core character builder happy.

When D&D4e came out in 2008, I bought a set of core rulebooks (surprised?). I have now completely read the rules twice, and here are my opinions and insights.

Here are my specific thoughts about the game, chapter-by-chapter, starting with the Player’s Handbook.

So, just a few wrap-up thoughts about the Player’s Handbook. 4e is a completely different game than D&D 3.5, and indeed all previous versions of the game. I’m not even sure if I would call it D&D, as the changes are so radical. For a new generation of gamers who were raised on more-structured video games, it should be comfortable fit. However, for old-time players, 4e feels awkward and, this may sound strange, “too balanced”. There was something fun about creating wacky characters that had terrific powers and tragic weaknesses. I don’t want to be another vanilla character with one dip out of each bucket – it’s a bit too much like real life. Which is exactly the point, to let you imagination go free.

So, what about the Monster Manual? As a compendium of strange creatures, here are a few thoughts after an evening’s rumble through its pages. First off, I really like the 4e Monster Manual more than the one for D&D 3.5. That said I do have a few comments about both.

And so we come to the Dungeon Master’s Guide. Ah, the pinnacle of learning. But why is it the thinnest book? Is it not the Agrippa? Here are my thoughts, trying not to harp on the topics that I have discussed above.

So in wrapping up about the DM’s Guide, it is not really a reference book as much as is it a Dummies Guide. I’m not sure that I would even take it to a game. It might be useful in creating monsters and inserting some traps, but it a far cry from the AD&D tome of all charts and knowledge.

It has been a fun few weeks poking through the 4e core books. So far, I must admit that the even-numbered D&D systems (2E and 4e) don’t seem to have much initial appeal. I will not be creating a 4e campaign, although I would play in one if the opportunity came up. I guess my three main thoughts are:

I welcome any comments, thoughts or counter-thoughts. Remember, I’m rolling dice, so what I say must be important. Cheers.