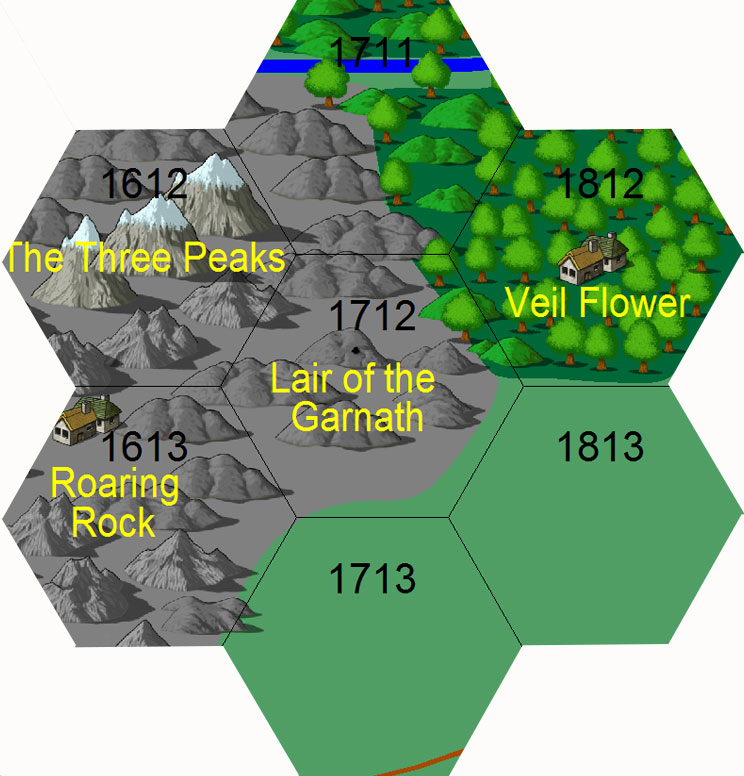 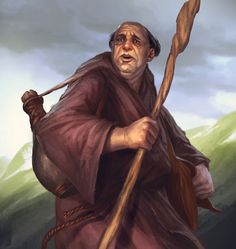 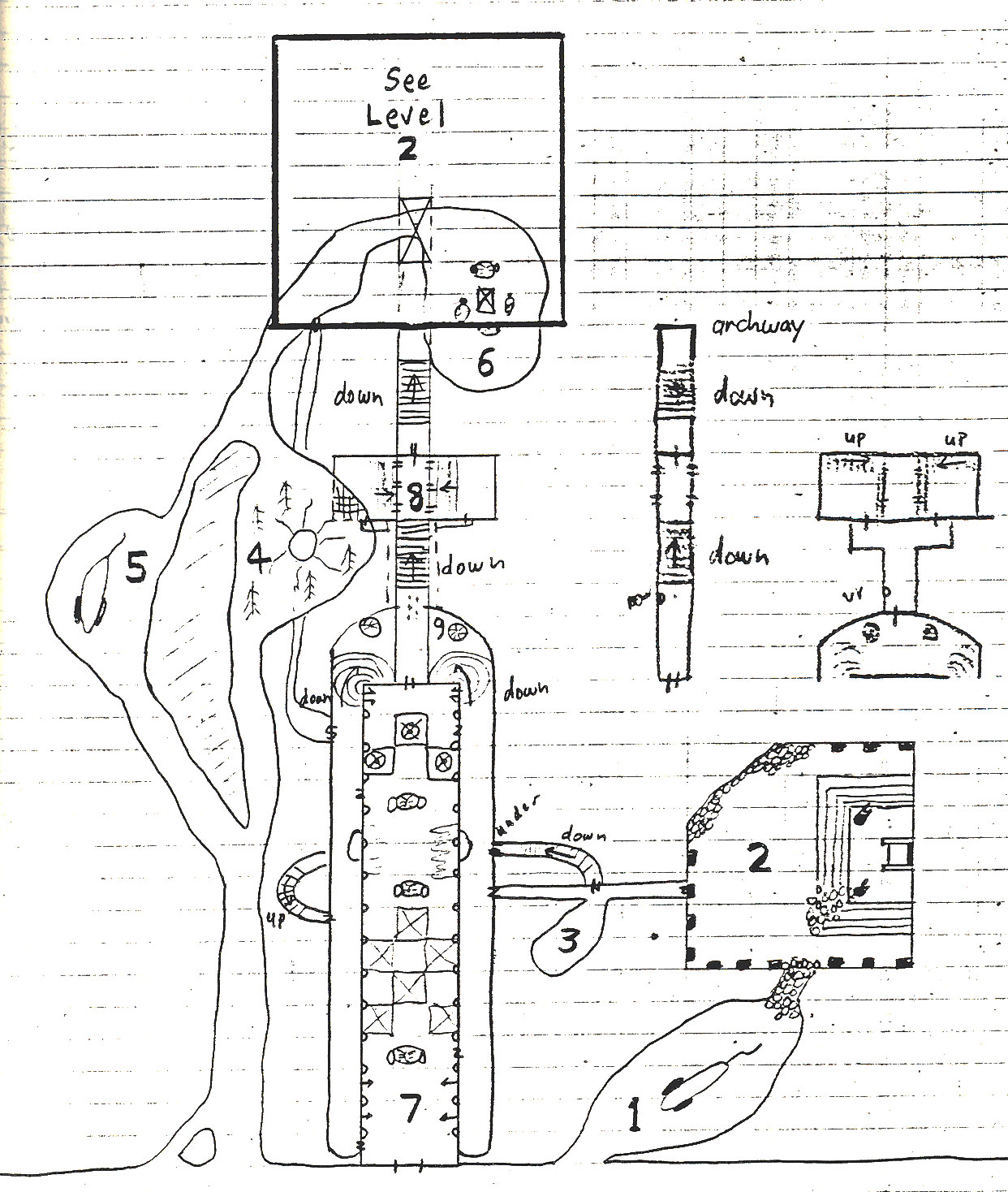 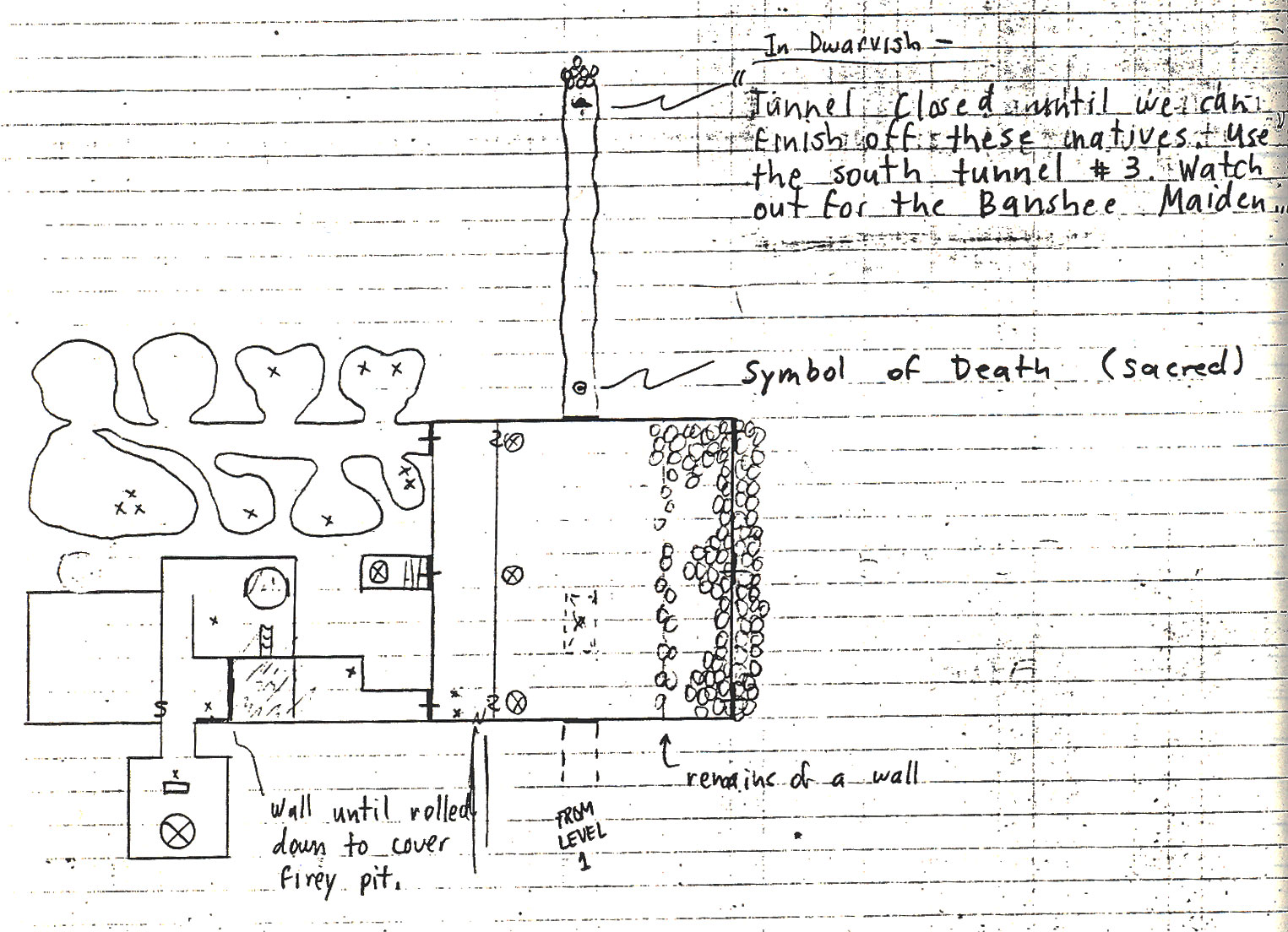 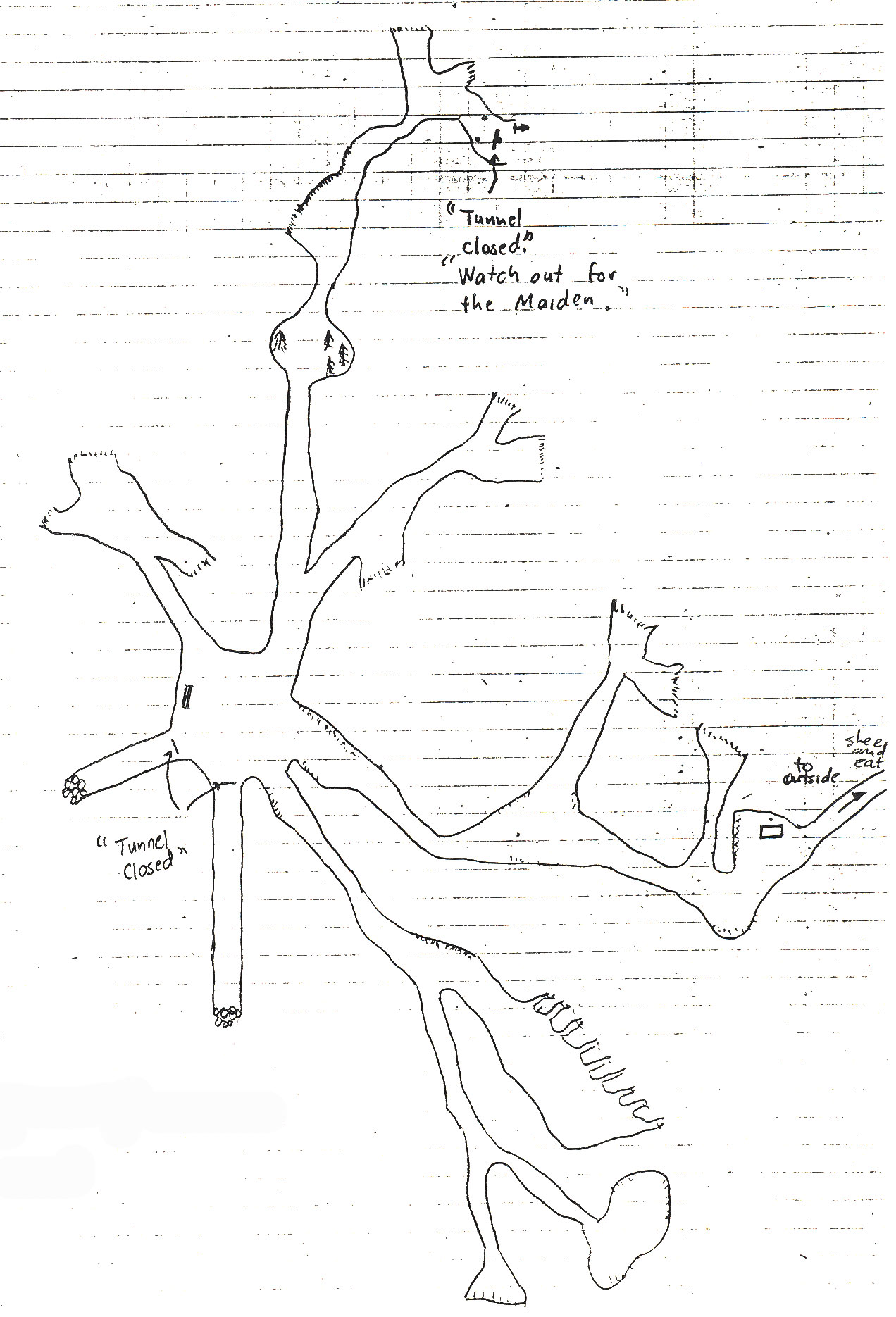 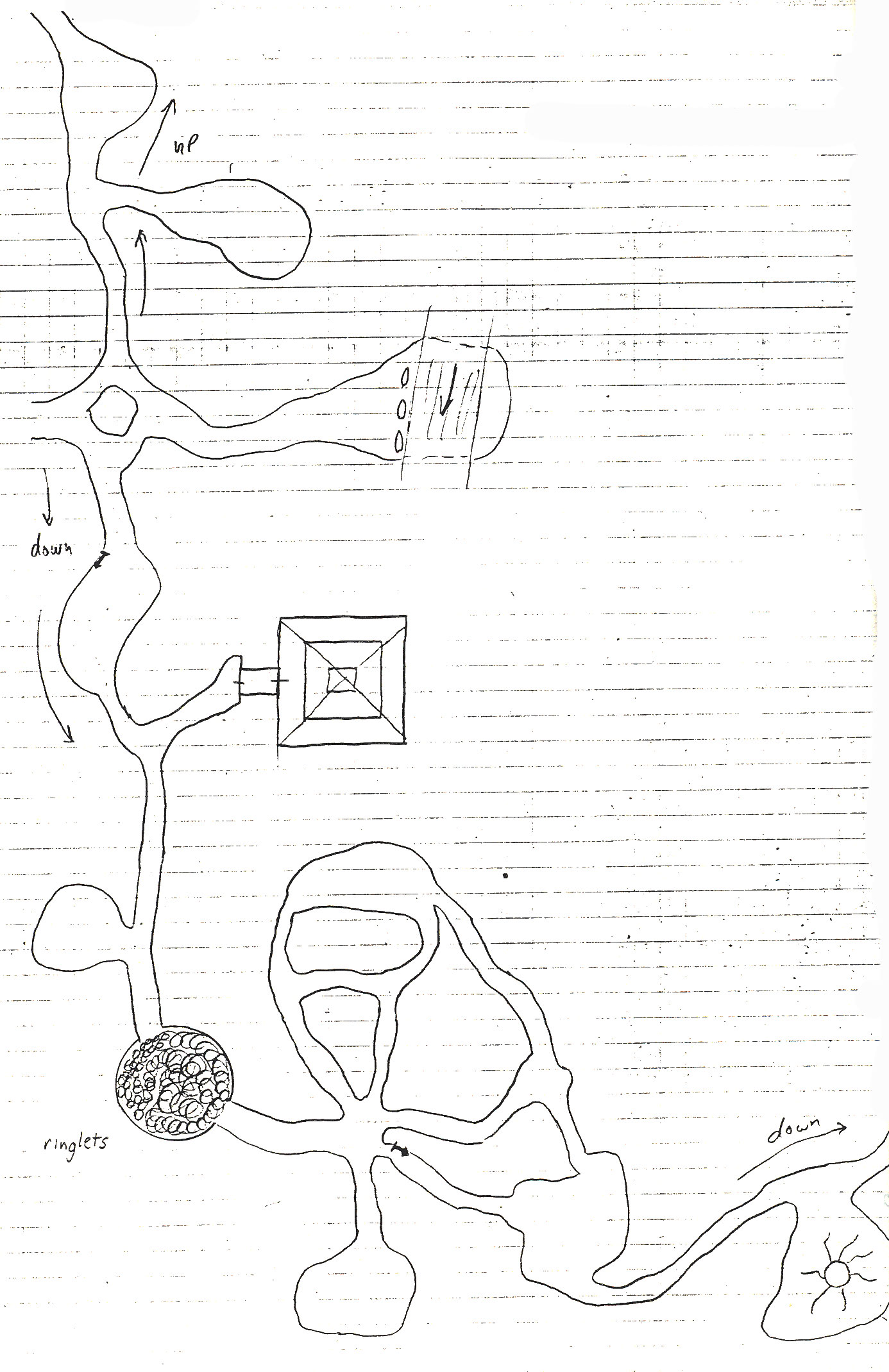 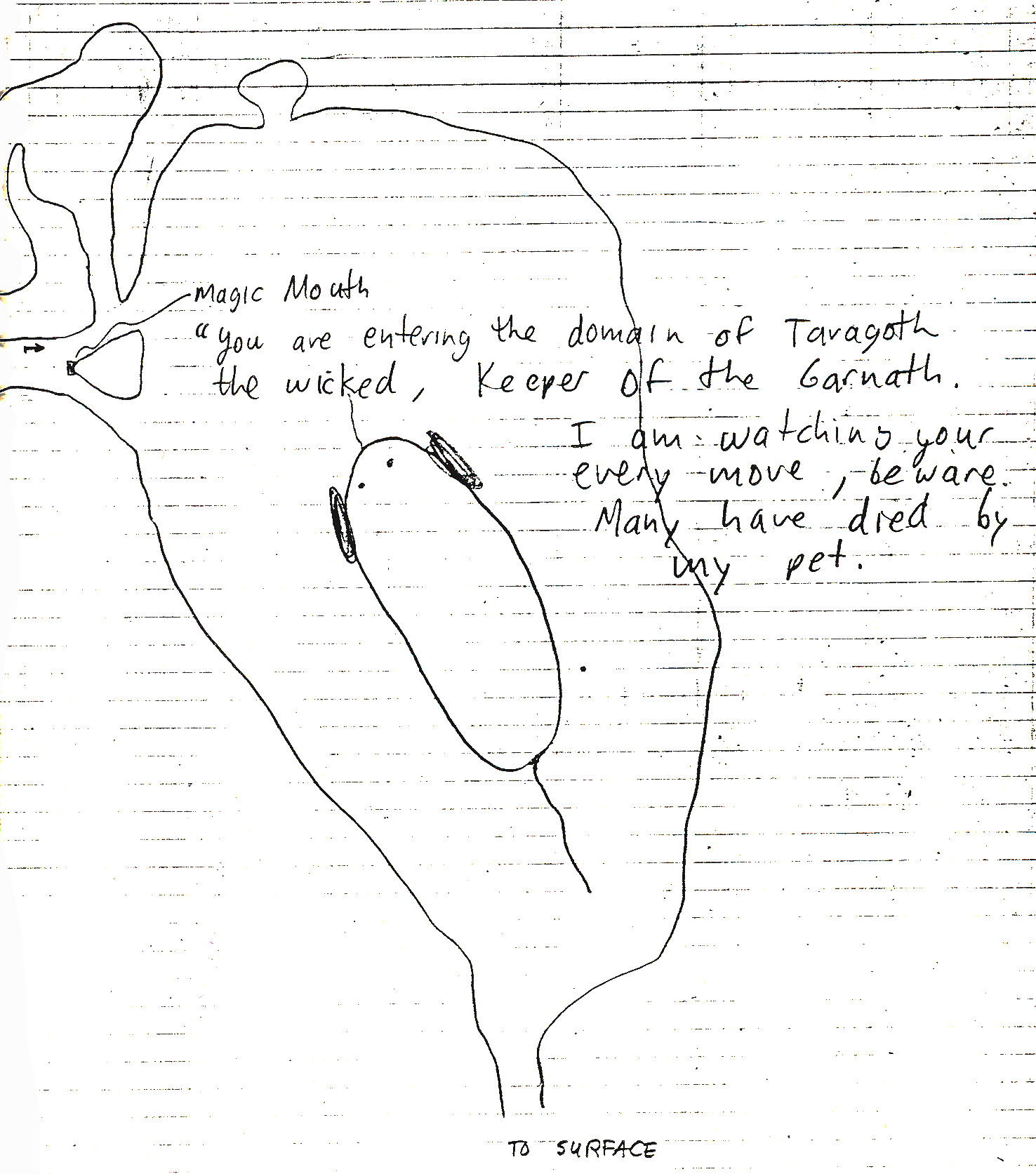 Saint Gilbert was a miracle worker who wandered the Reaches during the fifth century of the Third Age. According to legend, Saint Gilbert's blessing would make knights immune to fear. His gift was immensly popular, and knights of that time would journey throughout the Reaches in search of St. Gilbert. Once found, these knights were often set off on quests of good for St. Gilbert to test their worthiness, gaining their gift of bravery upon return. Late in the fifth century of the Third Age St. Gilbert died, and his followers were scattered. A handful of knights, also known as questing knights, still search for St. Gilbert seeking his blessing and doing good deeds in his honor.

The Vault of the Garnath

Located at the eastern edge of the Iron Hills just north of the Three Peaks, lies an ancient chapel dating from the earliest days of the Third Age. The chapel is carved into a steep cliff face with a series of natural tunnels forming a maze beneath it.

Legend holds that the chapel was originally dedicated to Saint Gilbert, a fifth century miracle worker. It was abandoned after his death and remained unoccupied until discovered in the latter years of the eighth century of the Third Age by Taragoth the Wicked who moved into the complex with his great guardian beast, the Garnath. Taragoth was rumored to be in possession of the Starsword, a device of great power over the Garnath.

In the early Spring of 820 TA, two questing knights, Sir Garwin and Sir Rowland, were given the prophetic Ballad of the Holy Knights of Saint Gilbert by a bookmonger in Teufeldorf. The knights discovered the Vault of the Garnath during expeditions into the Iron Hills during the winter of 825 TA.

In June 826 TA, a party consisting of Sir Garwin and Sir Rowland (both Knights of Saint Gilbert), Sir Zachary, Hylax the Barker, U-Gene the Dwarf, Zephaniah the Good, Falstaff, Sirfexx Ivancevio, and Blackfoot undertook a successful campaign defeating Taragoth and the Garnath after calling upon the aid of Justin, Runebrother of Hylax. Justin was given the Starsword, which has not been seen since.

Ballad of the Holy Knights of Saint Gilbert

Beneath the frosty mountain cold,
Under the dwarves with their gold,
Deep within the caverns dark,
Followed the knights that bloody mark.


Their gods protected all from harm,
With faithful words and other arms,
But lowly gods could not defend,
Nor help their deadly wounds to mend.


Beware the ringlets of iron and stone,
Many times they had been told,
But when their beauty all did see,
None did ever want to leave.


Do not disturb the Yum-Yum tree,
It's not as docile at it seems,
Follow the mark and do not stray,
Or forever in the cave ye stay.


Until the end, the Garnath waits,
Using treasure as its bait,
To the greatest power must it yield,
That whom does the Starsword wield.


Mages, knights, and thieves have sought,
And all have the evil Garnath fought,
Many have gone and none returned,
But mankind's greed is never turned.

Adventures to Battle Against the Garnath

Of the heroes of Teufeldorf, only Hylax the Barker and Sir Zachary remained. However, the threat of the recently loosed demons also remained. Hylax and Zach knew that in order to overcome the threat of the demons, they would need new blood. The five new faces in the group were eager, but they were poor and untested. Taking Zephaniah the Good and Sirfexx Ivancevio under their protective wing, the elder adventurers set out to gain treasure and experience.

Sitting at the pub one day, the adventurers were surprised to meet with two knights of Saint Gilbert. Sir Garwin and Sir Rowland related to our heroes "The Ballad of the Holy Knights of Saint Gilbert." The knights also related that the entrance to the lair of the Garnath had been found. The lure of finding caverns of gold and the legendary Starsword was too much for our heroes to pass up.

Without giving a second thought to the dangers that might lie under the mountains, our adventurers set out with the glint of gold in their eyes.

There was no log book kept of the adventures into the lair of the Garnath. However, a set of maps remains.

We know that the party encountered four minotaurs, a neo-otyugh, a green slime, four owlbears, a dwarf named Direll Rockhead, and a sailor named Slars Oarmaster.

Before the final showdown with the Garnath and Taragoth, the party eluded the certain death of the ringlets of iron and stone. The party entered a room filled with hanging chains. If they had walked through the chains, they would have been engulfed by the snakes that coiled throughout them. Rather they crawled beneath the rings (except Hylax who walked).

They also ignored the docile-looking Yum-Yum tree. While being a plant of fearsome proportions, the root of the tree was said to cure the effects of deadly poisons.

However, the greatest peril was yet to come. It was on Level 5 that the party faced Taragoth the Wicked and his pet, the Garnath. It was rumored that the creature was immune to spells and could only be killed by the Starsword. The pile of treasure upon which the Garnath slept included lotsa coins, potions, a golden ring, a chalice, a small coffer, and a magical sword. Before they attacked, the party asked several questions of Zephaniah's god. They asked about the Garnath's power and his lair. Armed with this knowledge, the party attacked He-Who-Does-Not-Sleep. Without the power of magic spells, it seemed the party was doomed. It was then that Hylax called upon his Rune Brother, Justin, for help. Justin arrived just in time to kill the weakened beast.

For his aid, the party gave him the Starsword. A beastly adventure, but a profitable one for the young Sirfexx Ivancevio and Zephaniah the Good.