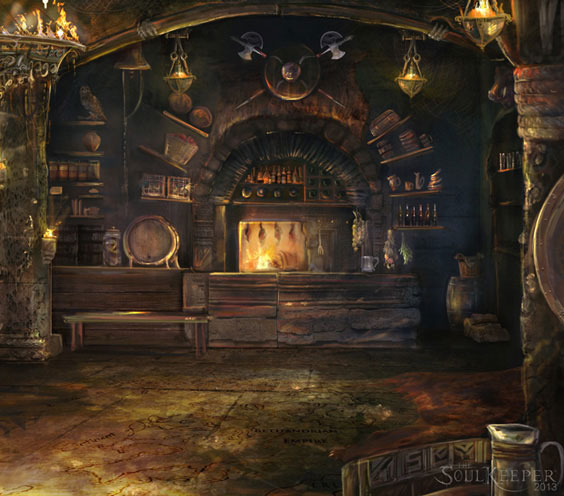 Trade in the Realm

Trade in the large cities and ports of the Realm is dominated by the large trading cartels - the Merchant's Guild and the Order of Merchant Keymasters in the Reaches, the Tang Empire in the ports around the Great Sea, just to name a few.

Trade in the small villages, however, is a decidedly local affair. Oftentimes, merchants are powerful figures in their town - acting as mayors and sheriffs in addition to supplying goods to the local area. At times, rivalries and violence break out over trades and the caravans that are the lifeblood of commerce in the small villages and hamlets throughout the Reaches. Being a merchant can be a cutthroat affair.

For townsfolk, the local mercantile provide all that can be found in a town or village. Adventurers, however, have special requirements. Oftentimes, a successful adventurer will need potions, magical weapons or other adventuring items that are outside the reach of the locals. These adventurers, in addition to gold and silver pieces, may have items of hard-to-determine value - gems, jewelry and exotic treasure. And finally, they might have the most important resource to trade - information.

In March 833 TA, a network of humble trading posts was established in the Eastern Reaches. In these establishments, the loot of dungeons could be exchanged for magical items and more unusual adventuring equipment. Unlike other merchant establishments, those that display the symbol of the red raven in their window have build a trust over 70 years of fair dealings. Items can be sold for 100% of their "book" value, and bought for 150% of their "book" value. While a better deal might be found about town, the honesty of these traders makes it a safe place to do business. In addition, the proprietors of these establishments will give patrons discounts off any purchases in exchange for information not readily known - the location of a dungeon, the disposition of a notable character, or the rumor of an impending raid.

Now extending into the Western Reaches as well, the current network of eight trading posts include:

Rumor holds that a ninth trading post - the Hidden Mistletoe Trading Post - is located in an undisclosed wilderness location known only to Elves, Druids and Rangers.