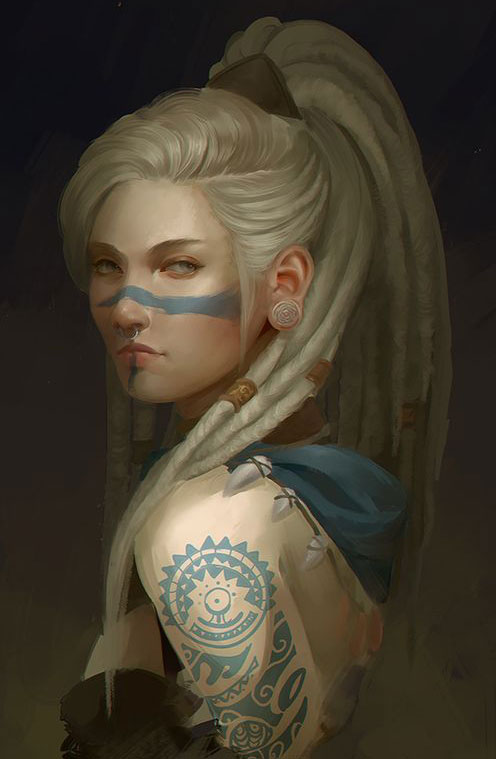 In the dark alleys of the Poor Quarter of Teufeldorf lies an old rectory, once part of a hermitage complex that long ago was swallowed up by the city. For those who seek its confines, it is said to lie Halfway between the Lich and the Hermit. The front of the building is now a tattoo parlor - a seedy operation run by a disagreeable but beautiful woman, Vanger.

Vanger works in absolute silence - mirroring the cloistered surroundings of her business. Her prices reflect the ability of the customer to pay, and she is undoubtedly an artist of the flesh. While her living may be paid for by rich kids seeking the taboo thrill of a hidden tattoo, Vanger seems to be looking for more than gold from those she marks with ink.

Rumors abound of what lies behind the little tattoo parlor - in the large stone building that once held monks of a long-forgotten order. It's windows have been filled with stone and no door leads into the building. Some say a brothel, others an opium den, but no definitive answer has ever been given. It is known that Vanger's companions gather at Vanger's Mark each night at dusk. They all wear the mark of the needles. At dawn, they leave again - physically exhausted, quietly dispersing through the tangled streets of the city. No crimes have ever been pinned on Vanger's companions, and they seem to exist quietly - almost eerily - without being seen.