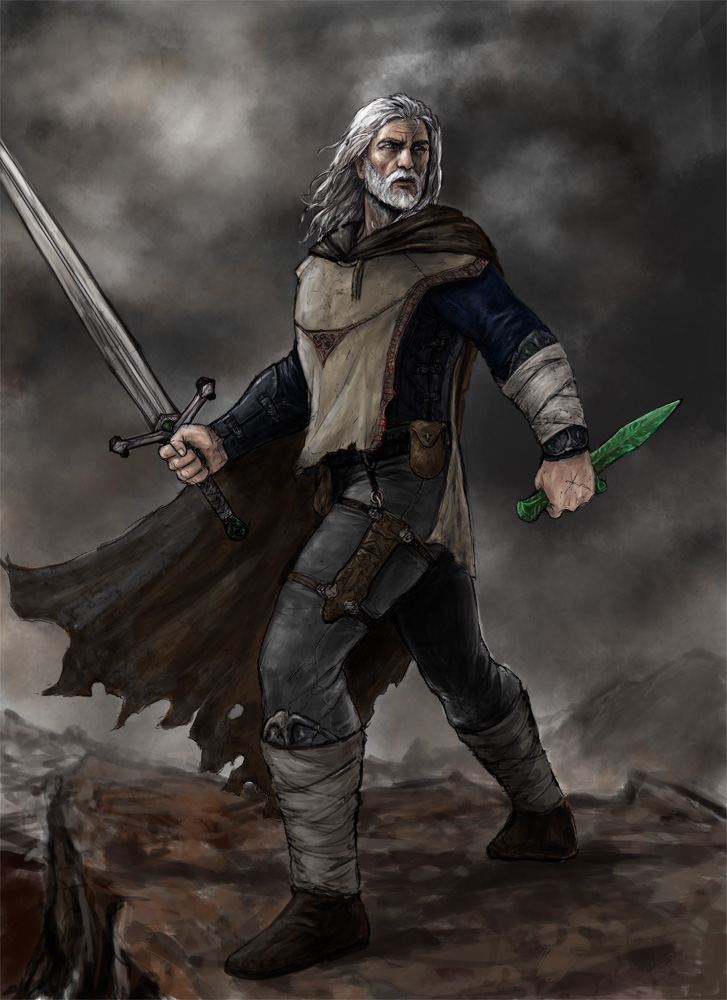 John Oldcastle currently leads an elite group of Rangers of the Wilderlands charged with collecting artifacts from the First and Second Ages that are deemed too powerful for others to possess. When not in the field, Oldcastle is stationed at Vendredi Hall on the shores of Bleakstone Lake deep in the Evenwild. He is married to Tinuviel, an elven ambassador.

Although considered to be human, he in fact has the legacy of elven blood. Both his parents, while human, had some degree of elven blood in the ancestry, and just as recessive traits can lay dormant for generations and then reemerge when two lines combine, so to with John Oldcastle did the longevity and some of the talents of the elves reemerge. Now over 100 years of age, Oldcastle is still vigorous and an active member of the Rangers.

John Oldcastle was born in 766 TA. He is the second son of the Baron and Baroness of Timberway. While his fraternal twin and older brother, Everett, was trained to take over the rule of the barony, John Oldcastle was restless. His adventurous spirit drove him to join the Rangers.

During his travels with the Rangers, John Oldcastle met an elven ambassador, Tinuviel, in the forests of Elothian. Tinuviel is the oldest child and daughter of Valstariel of the Elves of the Shimmering Twilight and Faldirion of the Elves of the Radiant Dawn. She was born in 651 TA.

Tinuviel is considered special, even amongst the elves, and her birth is thought to foretell the reunification of the Radiant Dawn and Shimmering Twilight. It is also foretold that this reunification will coincide with the emergence (or reemergence) of a dire threat to the Realm which will require the elves to pool their combined strength and wisdom.

John Oldcastle and Tinuviel explored the Realm together and fell in love. Although unions of elves and humans are uncommon, they are not unheard of, and the marriage of Tinuviel and John Oldcastle was blessed.

The first born of John Oldcastle and Tinuviel was Falstaff.