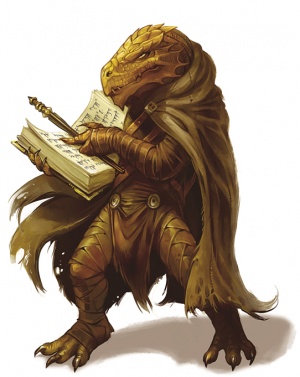 One of five members of the High Council of King Gregory the Even-Handed. In July 820 TA, Rackhir the Gold, hired Zachary (later Sir Zachary, Knight of Virtue), Treadway (later Lord Treadway), Condor the Cleric, Father Guido Sarduici, Hylax the Barker, Count Demoney III, and Ikcin Namffoh to rescue his daughter from a raiding party of orcs who captured her. Little is recorded about this adventure except that the heroes traveled north of Teufeldorf, across the River White, and into the Orc Nation to accomplish their quest. They encountered their foes just across the river, dispatched them quickly, and Rackhir's daughter was returned unharmed.