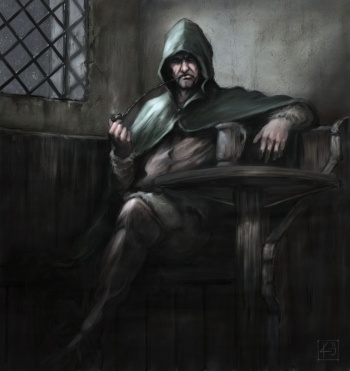 The end of the First Demon War introduced a new dynamic into the politics of the Western Reaches. The military, once just a scattered collection of household mercenaries controlled by the merchant rulers, was now a necessity. The Orc Nation had united during the war, and, with their primary enemy removed, greedily eyed the profitable city near their southern border. For several years, the ruling clerics and merchants argued over who could best protect the city and its surrounding countryside.

Several successful orc raids south of the River White convinced the population that a king must be elected and a standing army established. Distrustful of the pitfalls and abuses of the Overlords of Rembia, the merchants and priests sought a solution that would not endanger their freedom or prosperity.

The Rangers of the Wilderlands had for several hundred years protected the northern borders combining excellent skill-in-arms, outdoor survival, and an intimate knowledge of their orcish enemies. While their organization was shrouded in secrecy and tied closely to the workings of the mystical druids, the rangers had proven themselves able and willing allies. In 682 SA, the first Ranger King of Teufeldorf, Woodward Oakenshield, was crowned by the people.

Unassuming, quiet and competent, King Woodward ruled Teufeldorf mostly in absentia, preferring the woods to the throne. Following Woodward's example, many of the Ranger Kings protected Teufeldorf without involving themselves in the political, religious and mercantile mechanations of the Reaches. The line of Ranger Kings was very successful, and life in Teufeldorf was peaceful and prosperous for much of the next six hundred years. The City-State grew and became the seat of government for a large portion of the Reaches.