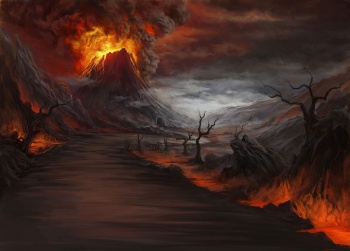 In early 828 TA, King Gregory and his council decided to send an expedition to Mount Todd, bearing the covenants of Soulpiercer and Heartswallower. The mission of this party was to recover the Staff of Justice, lost during the First Demon War, from Benedict's grave under the mountain and use it to rebind the demons.