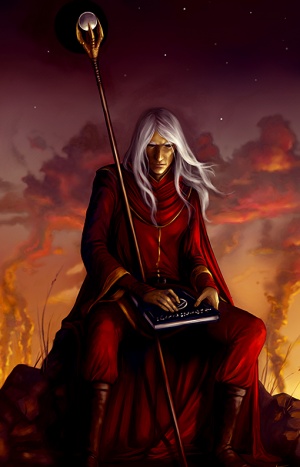 Whatever his origins, Valdemar was already a powerful wizard and master diplomat when he entered into the War of Stone Rain - forging a truce and later an alliance between the humans and Large Folk in the southern Reaches. Stories tell of Valdemar using magical fire from his staff to burn through ranks of ogre infantry one day, and then summoning dragons to terrorize the human armies the next. Valdemar eventually won the trust of both sides in the conflict, bringing the War of Stone Rain to a peaceful end.

Valdemar was named "Baron" of Sandal in October 555 TA and would rule unopposed for over three hundred years.