Goth's Notebook Entry No. 3 - The Shoot Out 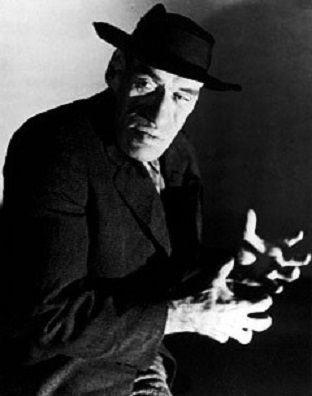 As I would later learn, this impossibly large man with a blank, expressionless stare is called The Creeper. His features are enlarged, almost clay-like in their appearance. He moves with deliberate slowness, looming with a diabolical gait.

Bop moves to engage the Creeper, his knife flashing in. The huge man doesn’t even seem to notice – giving Bop a bone-crunching hug and tossing his unconscious body past me into the room with the séance machinery. One of my companions tosses a stick of dynamite. On the plus side, the Creeper is slow and takes the brunt of the damage – stunning him, so we dash into the room with the cultists and slam the door shut. What luck – it is a metal door with a solid lock. On the minus side, I saw a pile of rags – perhaps a pile of bodies - behind the Creeper catch fire from the blast. The house is probably going to burn down around us.

All pretenses of stealth gone, a shootout with the cultists ensues. Surprised, we are able to take down the cultists and secure the room quickly. From upstairs, we can hear bodies dropping to the floor – no gunfire – just bodies. On the far side of the room, an ancient iron padlock, dusty and blackened with age is locked and secures the room beyond. The lock is trapped, but we are all thieves – and the lock quickly yields.

From the hallway behind us, it is clear that a number of cultists have joined the Creeper in pounding on the door.

We find ourselves in the altar room that Bop first dreamt about – although he is still unconscious from the Creeper’s hug – so to us it is just one very odd space.

Six blocks of stone encircle a central altar in this room. Each of the blocks of stone is five feet on a side and has an iron cage running into the ceiling. The ceiling of each cage is wooden with a hinge on one side and a chain attached to a ring on the other. The chains are tied off near the walls. The cages each have a door with a padlock on them. Inside the cages are leopards – honest to god big game cats from the jungles of Africa. Ah, suddenly the tranquilizer gun makes sense.

The altar is jet black with bas relief carvings of sea serpents and strange fish-like creatures writhing about its sides. The stone appears to be wet, and from time-to-time a carved figure will move, wriggling in agony – a grating sound can be heard. The top of the altar also appears wet, although it is of a smoky blue-black streaked with purple. The patterns in the stone appear to move like smoke, creating a hypnotic, undulating pattern.

Suddenly, I remember the scrap of paper in my pocket. It has a short poem on it which pulls all the clues together.

We are the children of the Sign. I recognized my picture on the mantel – and the others must be childhood pictures of my companions. We are all brothers and sisters in some strange, perverse way. Six ceremonies, six altars with cages – indeed the clues are starting to make sense.

The tranquilizer gun puts the leopards down. The pounding on the door reveals that the cultists have broken through the hallway door. They will be on us in a moment.

A quick search reveals an intricate chalk drawing has been made on the far wall – looking much like an archway marked with strange runes. In the center of the archway is drawn a serpent with small wings coiled upright. Ah, of course, Mr. Hyde and the invite to join the Haunting Hand was a ruse – we aren’t the new members, we are the sacrifice!

As a final bit of good luck, we find a secret door leading to a hallway. As I am figuring out the lock, the opposite door comes down and mayhem ensues. The cultists die quickly but the Creeper is coming towards us. Behind him, the building is engulfed with flame.

A final stick of dynamite does the trick – not to kill the Creeper – but to bring down the ceiling of the basement on him. Without waiting to see the aftermath, we run down the mistress tunnel – coming out, in all unlikely of places, in the Commodore’s mausoleum.

Some figures – probably guards – although they smell of death and scrabble like uncoordinated animals – move from the shadows to intercept us. No chance. We are too fast – opening the door and disappearing into the night. The darkness of the Highgate Cemetery is brightened – if ever so briefly – by the blaze which is the Piper Estate.

As I sit now finishing this tale, I still shudder at the intricacy of the plan. The Haunting Hand is now my enemy. I pray the Creeper is dead. I’m sure that Mr. Hyde is still at large, but we took a good number of his comrades down. As insane as this story seems, the story is the truth – my mind is still sharp – only this tale is beyond belief.