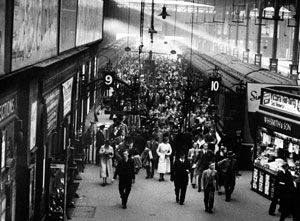 Eliza Curry, Mystic – Young, reddish-blonde and beautiful with a fair complexion and large, doe-like green eyes. She is slight of build - very demure and soft spoken, always deferring to Phoebe. She is rumored to have visions of the future in her dreams.
Phoebe Gooding, Mystic –Young, raven hair with dark skin and large brown eyes. She is also slightly built, although tending towards more revealing clothing than Eliza. She has a fiery temperament – especially to those who don’t believe. She is the interpreter of other’s dreams.

Emily Sale, Nanny – Young, dark hair with a very pale complexion. She is nicely rounded with a quick laugh and a quick temper. She is completely devoted to Arthur and somewhat spoiling of the child. She apparently thinks Robgoblin is odd.
Lucy Longworth, Housekeeper – Middle-aged with blonde hair and blue eyes. She is a very pleasant looking woman, although painfully shy and reclusive. Later I learned she is very fond of Henry the Master of the Hunt and thinks his dashing and romantic.

Professor Cyrus Borden, Tutor – Late 30’s – very thin, somewhat hunched look of a scholar with brown hair and eyes. He was a lecturer in the Classics at Leeds University before being dismissed for having an affair with a student. He is apparently a researcher in lost cities.
Buford Grattan, Valet – Early 60’s – thin, tall and extremely quiet. Black hair and hazel eyes with a large beak-like nose and the stare of a bird of prey. He has been with the family for years and is completely loyal to the senior Prince who asked him to make sure nothing happened to the boys.