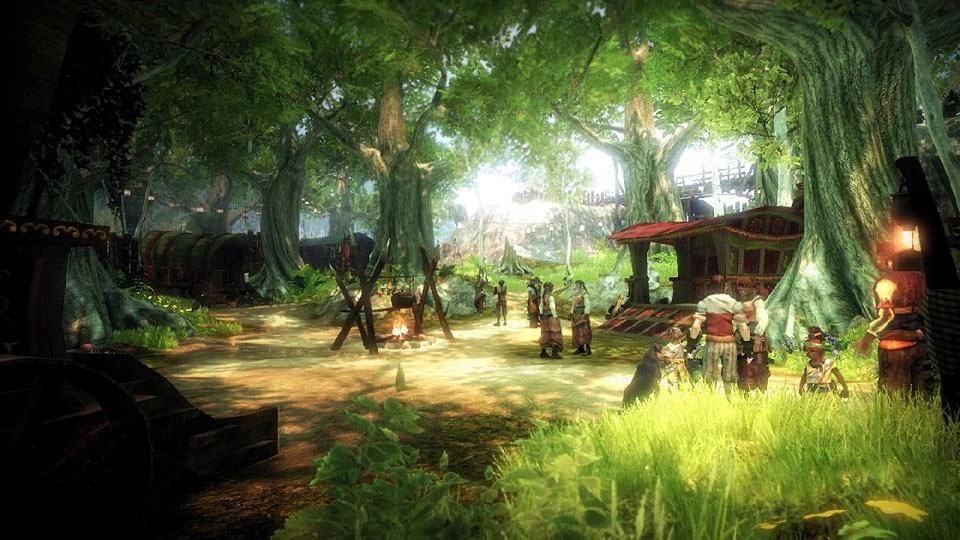 Gypsies have wandered the seas of the Realm for hundreds of years. Many scholars trace their origins back to the earliest years of the seventh century TA. Some evidence points to their beginnings during the Great Prison Exile of 605-606 TA. Several ships are thought to have escaped being sunk by the Old Kingdom, and shortly thereafter the first wandering bands of entertainers were reported in Sandal, the Tang Empire and later the Reaches. The first recorded gypsy ship in Teufeldorf is The Golden Galleon which began docking in the harbor in 650 TA.

Other accounts hold to a much older origins for the gypsies, tracing their history back to the First Age travelers and wanderers of the Old Kingdom.

Today, the gypsies always travel by sea, making their homes on huge colorful ships that also carry trade goods, livestock and their traveling circus cargo. At times, small caravans will leave a port traveling inland for short durations - taking the show on the road. But these detours always rendezvous with the gypsy ship after a short time. The sense of family and tradition are of paramount importance to the gypsy people. Many gypsies are members of the Bonfire Flock a sect of the Church of the Hearth. Others hold to more esoteric practices.

While history records over forty gypsy ships during the last 300 years, only a few ships are thought to exist at any one time. Some of the more famous gypsy ships have been: The Golden Galleon, The Rose, The Lost Horizon (sunk in 832 TA outside of Teufeldorf), The Layla, The Last Camp, and Veronica's Dance.