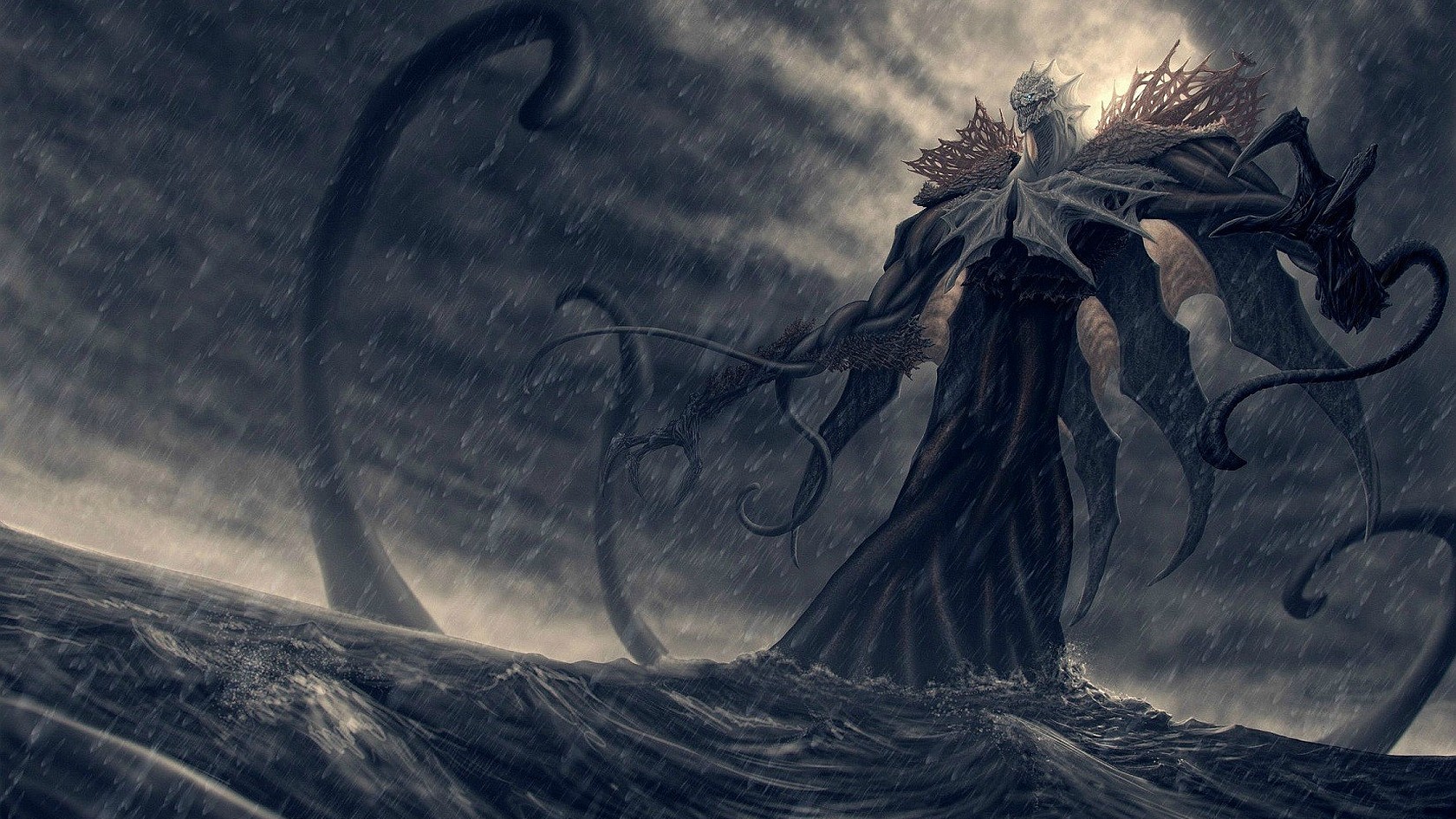 Baliol, Warder of the Seas

In the beginning, the earth was a formless wasteland, and darkness covered the abyss, while a mighty wind swept over the waters. And high above, eight beings of great elemental power looked down upon the earth. The Elder Gods surveyed their realm.

And one of the beings spoke, its voice melodious and clear, "Let there be light," and there was light. The being then separated the light from the darkness. The light was called "day", and the darkness was called "night". And the being, known to mankind as Melandrea, Goddess of the Sun, soared high into the sky and became the sun. Thus evening came, and morning followed - the first day.

Another voice was heard. It was deep and resonant, booming across the surface of the earth. The voice cried, "Let there be a dome in the middle of the waters, to separate one body of water from the other." And so it happened. The dome was made, and it separated the water above the dome from the water below it. The dome was called "sky". In a swirl of chaotic fury, the being known to mankind as Blacklock, God of the Air, screamed from its brethren and took his place in the world. Evening came, and morning followed - the second day.

Another of the elemental beings spoke, "Let the water under the sky be gathered into a single basin, so that the dry land may appear." And so it happened. The water under the sky was gathered into its basin, and the dry land appeared. The dry land was called "earth", and the basin of water was called "sea". And the being, known as Baliol, Warder of the Seas, looked upon the water and smiled. The descent to his watery domain was graceful, the sun glistened off his shiny black skin as his bulky body and eight tentacles dropped into the sea. Evening came and morning followed - the third day.

Four beings remained, silently watching over the earth. And one, taking the form of great mists settled upon the land. Silently, the mists sank deep beneath the stones. It was Hastur, Guardian of the Earth, settling into his domain. Evening came, and morning followed - the fifth day.

The two elemental beings looked upon the creation of their brethern. One wept, for he saw the entirety of the earth and the heavens, and he saw also its folly. "Let there be chaos and evil, for all law and good must be tempered." With this, a tempest of fire and rain swept the earth and the sea and the air. "Let there be death." And Death, void of the flesh of life and cloaked in black, descended upon the earth. Evening came, and morning followed - the seventh day.

The final being closed the great book in which he had been writing. "Thus the heavens and the earth and all their array are completed. Such is the story of their creation." And the Chronicler smiled, his wrinkled old face showing the knowledge that many other tales were yet to be written. He descended to the earth, his first step marking the beginning of time.