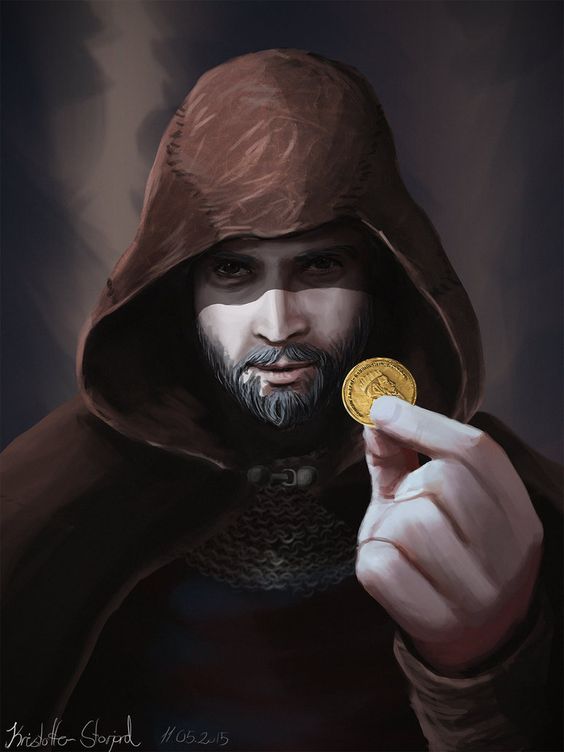 No Cha is a middle-aged man, impossibly thin and rakish. He is human of average height with strangely forgettable features. He tends to cock his head when being spoken to. He appears to have no weapons, armor or magic. Rumors hold that he disappears in the blink of an eye. He is known to be misanthropic, avoiding all contact with others. His true name is unknown. No Cha is a Tang alias he adopted living behind the Thousand Year Gate.

Since his release from the Tenth Shrine in 899 TA, No Cha has worked as an agent for Hylax the Barker, on missions for the Crown.

History of No Cha

Little background is known about No Cha. By his own accounts, he is a Grandmaster Thief who, in the late Second Age, stole his way through the Thousand Year Gate during its opening – simply to prove the impossible could be done. There, he was trapped by the gate's closing until rescued by Hylax the Barker when the gate reopened in 899 TA. While behind the gate, No Cha made his home on the moors and lowland marshes of the finger of land called the Heron’s Marsh. Although he despises magic, he allowed himself to be rescued by the wizard in exchange for undertaking missions for the Reaches against the Tang Empire.