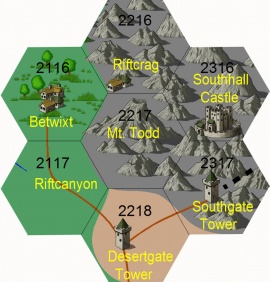 The Quest To Bind The Demons

The party had gained great strength during their previous adventures. Rune weapons, the Elfstones, and numerous levels of experience had been gained over the previous months. However, the demons had also gained strength over those same months. The time had come for a showdown. King Gregory the Even-Handed] debated long and hard over whether to send his friends to a certain death. Finally, he decided to present his ideas to our heroes. This was one of the greatest of the quests which the party accepted. They were to travel to Mount Todd to find the lost Staff of Justice and bind the Demons of the Covenant. While the quest was a simple one, the party would be tested by such enemies as the bloodbeasts, the Curates of the Lake, the Champion of Burba, and finally WorldSplitter the Giant Raver, his lieutenant Lore Master, and his army of demons.

Only a few scattered documents survive from the Journey to Mount Todd. Had it not been for a very complete log book kept by Sir Zachary, the tale of the binding of the demons would be just a vague memory.

The Logbook of Sir Zachary 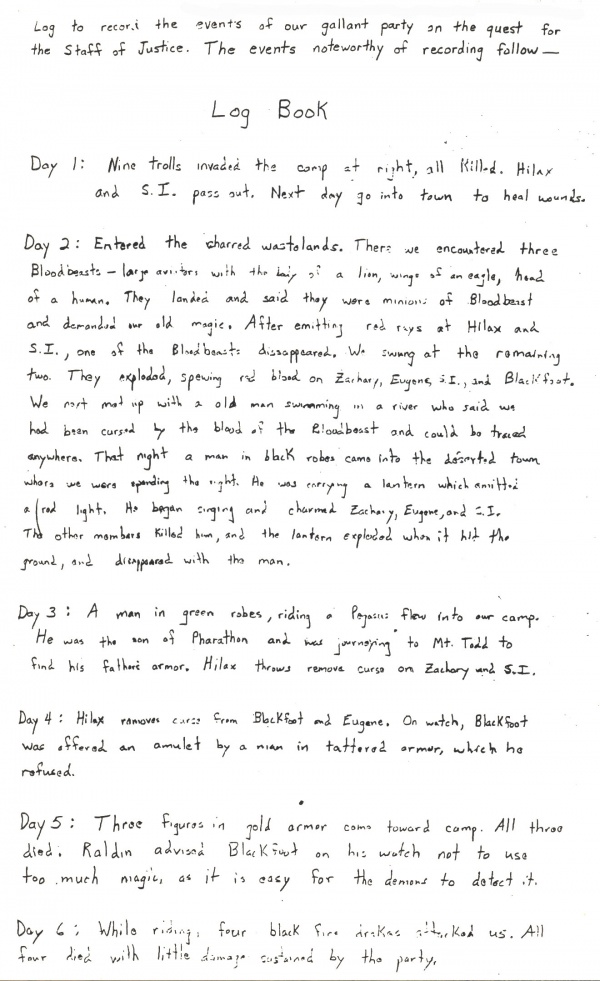 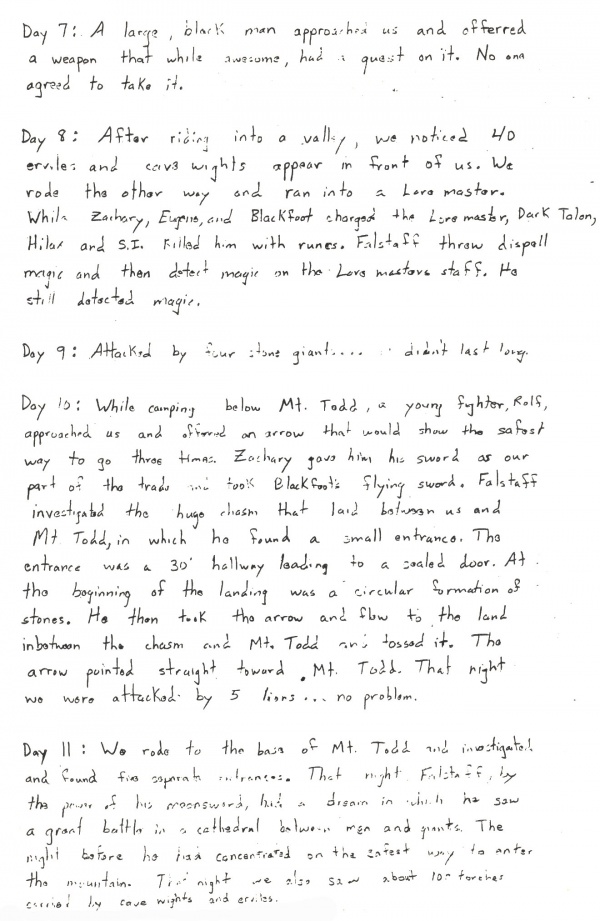 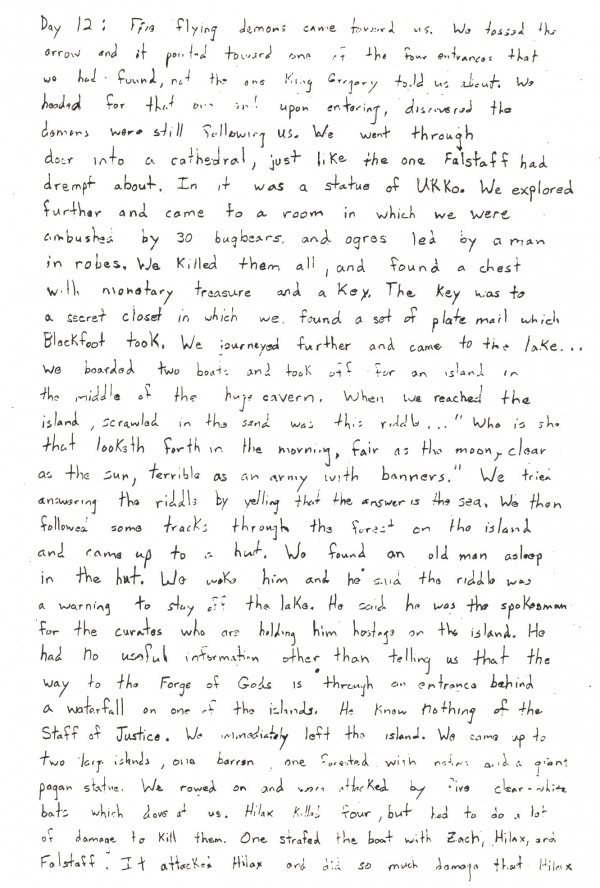 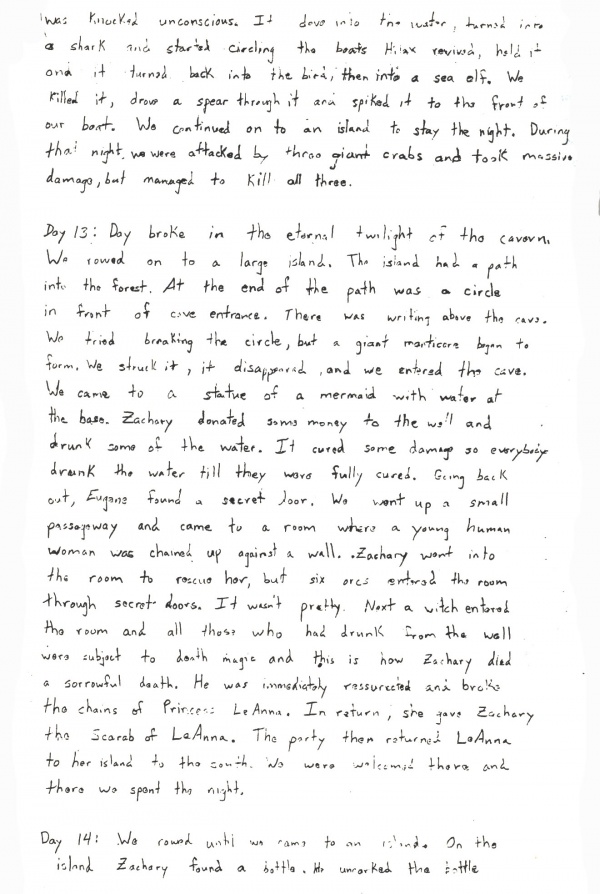 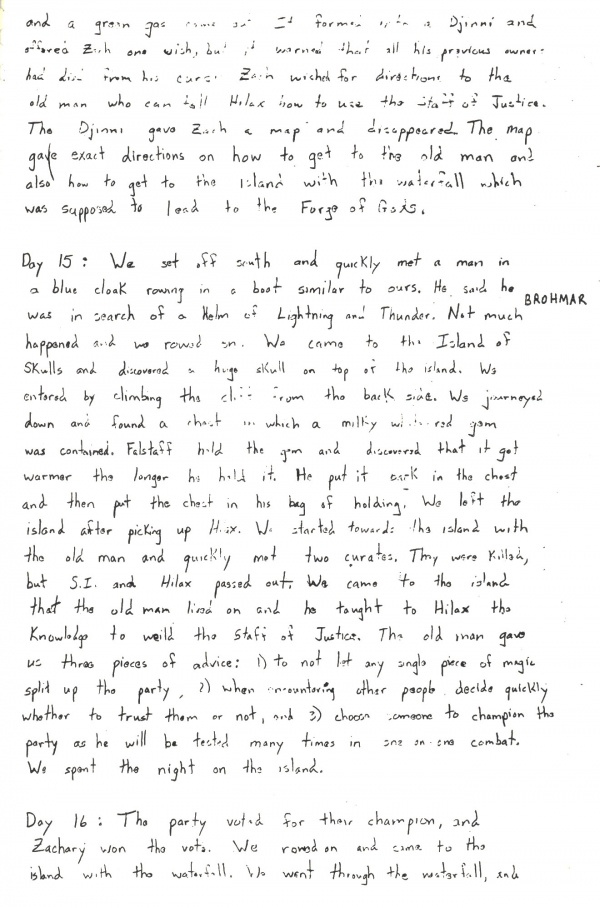 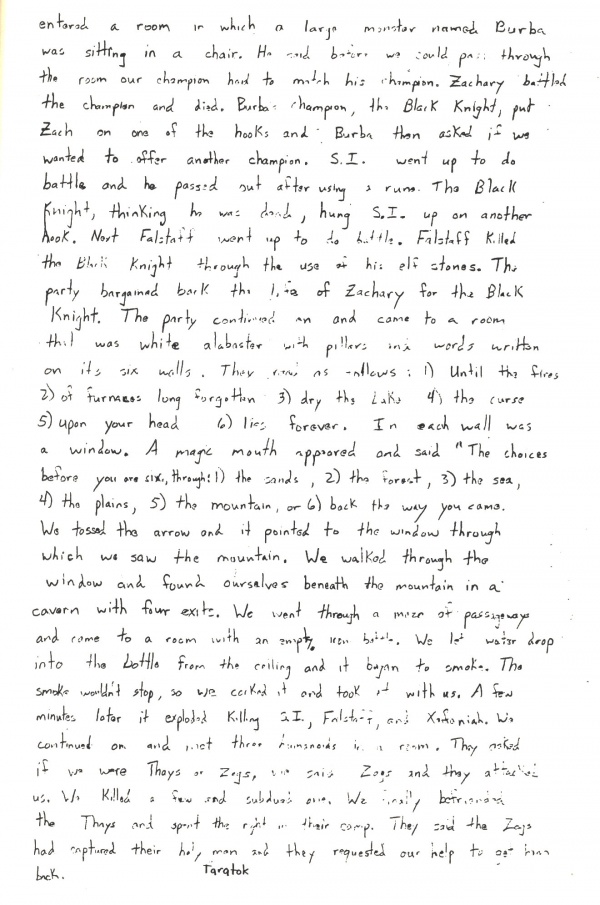 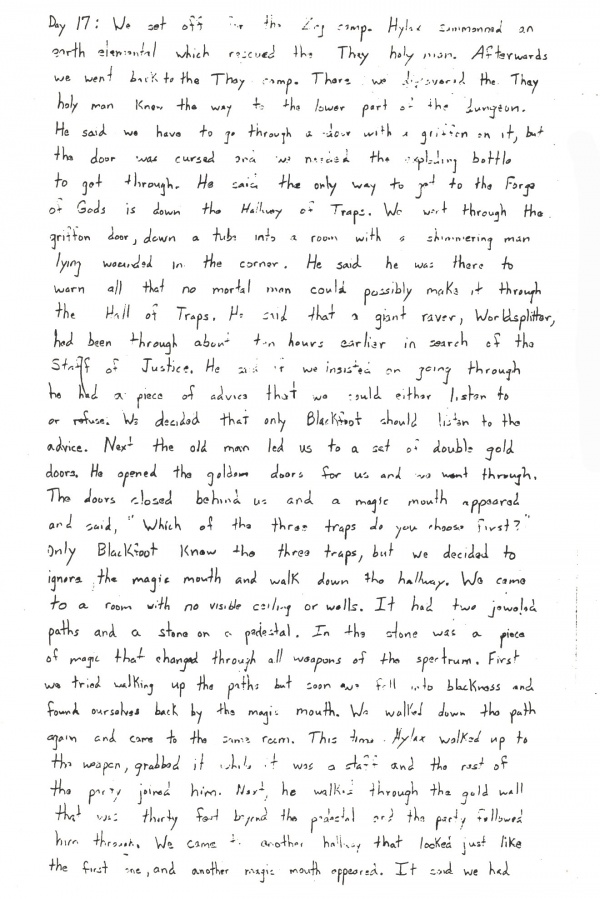 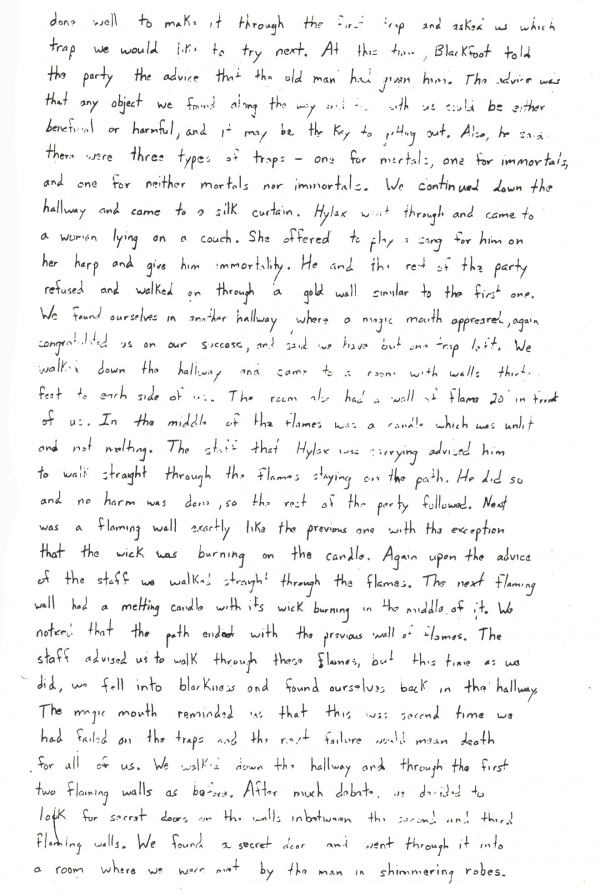 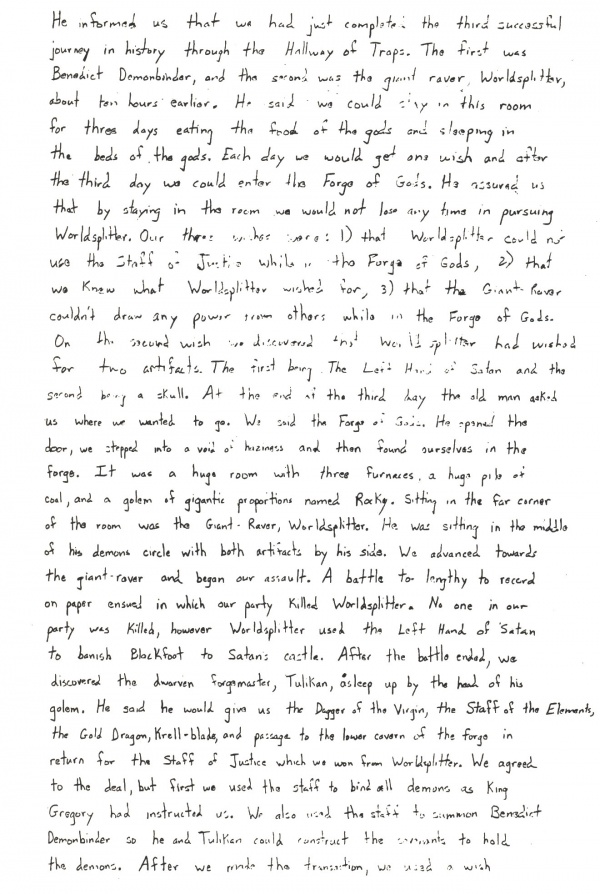 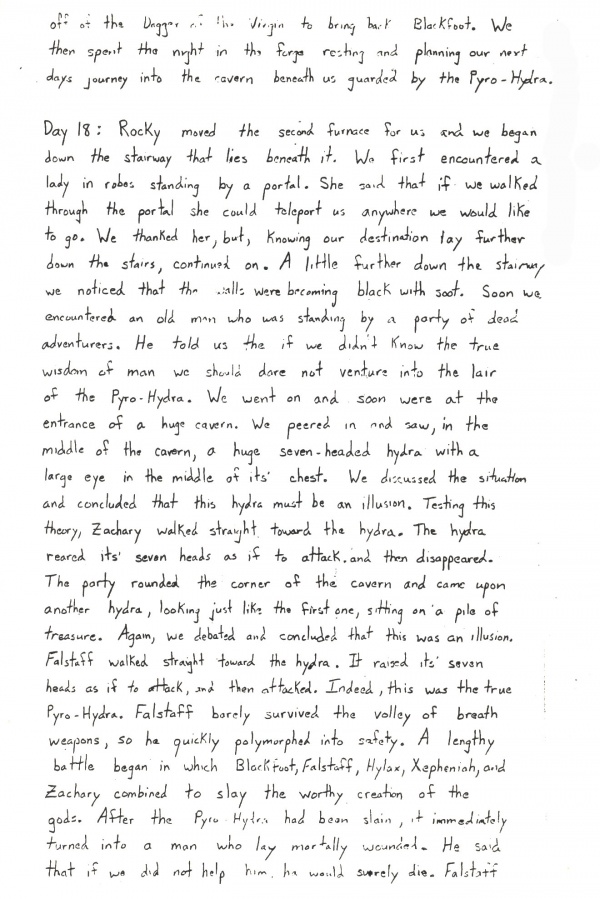 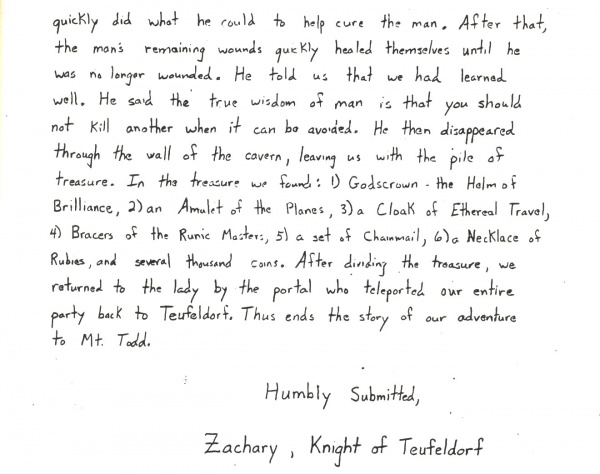