Search for the Ring of Destiny 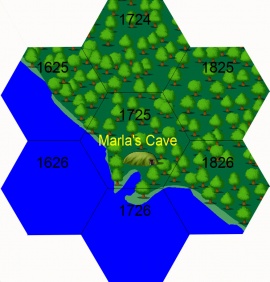 Legend: The Ring of Destiny 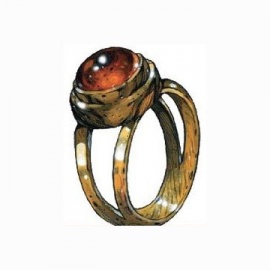 In the dimly lit hallways of ancient history a tale is told of the arrival of three individuals thought to be Navigators from the Netherworld. They made no pretense as to their intention: to conquer the world. It seemed as if no power in the Realm could stop them. Each wielded a ring of unusual and foreign power. It was this absolute power which corrupted two of these men to turn against each other. The two were stronger, but the one was wily and managed to take his companions with him to their deaths. Their powers, legends tell, were contained in the three rings.

Another legend involving the rings is still told by bards around the campfires of this time. A legend so old that no two tellers agree on its origin. It states that the three rings will meet again in another conflict. In this final battle, one will be defeated and sent to be the lowliest servant in Hell. Another will lose and spend eternity as the meekest servant in Heaven. The third will triumph and become the King of All Men. His power will be supreme.

The three rings have surfaced many time throughout history. The Ring of Fate and the Ring of Fortune are now said to lie in distant lands across the Great Sea. The third ring, the Ring of Destiny, has been located for the "thousandth" time in the southern realm of the Kingdom of Teufeldorf. King Gregory the Even-Handed has gained a concrete lead to the exact location from the Rune Master. Unfortunently, an evil Baron of Sandal, Valdemar, has gained this information also. The wilder of the Ring of Destiny may hold the future of the Reaches in his hands.

Adventures Questing for the Ring of Destiny

In May 829, a party consisting of Ernest Goodfellow, Hylax the Barker, U-Gene the Dwarf, Zephaniah the Good, Sirfexx Ivancevio, and Blackfoot were sent south with confidential information from King Gregory to find the ring.

The party sought the Ring of Destiny so that it could be used against Valdemar. In the process of fulfilling the quests of Marla's imposter, Zephaniah the Wise discovered that the true Marla was really an owl, and the cleric freed her. After a hellish trip, the party successfully delivered the ring to a Dwarven ring bearer.

The ring was taken to the free city of Paddington for safekeeping but was lost during Hastur's Dominion. Its current location is unknown.