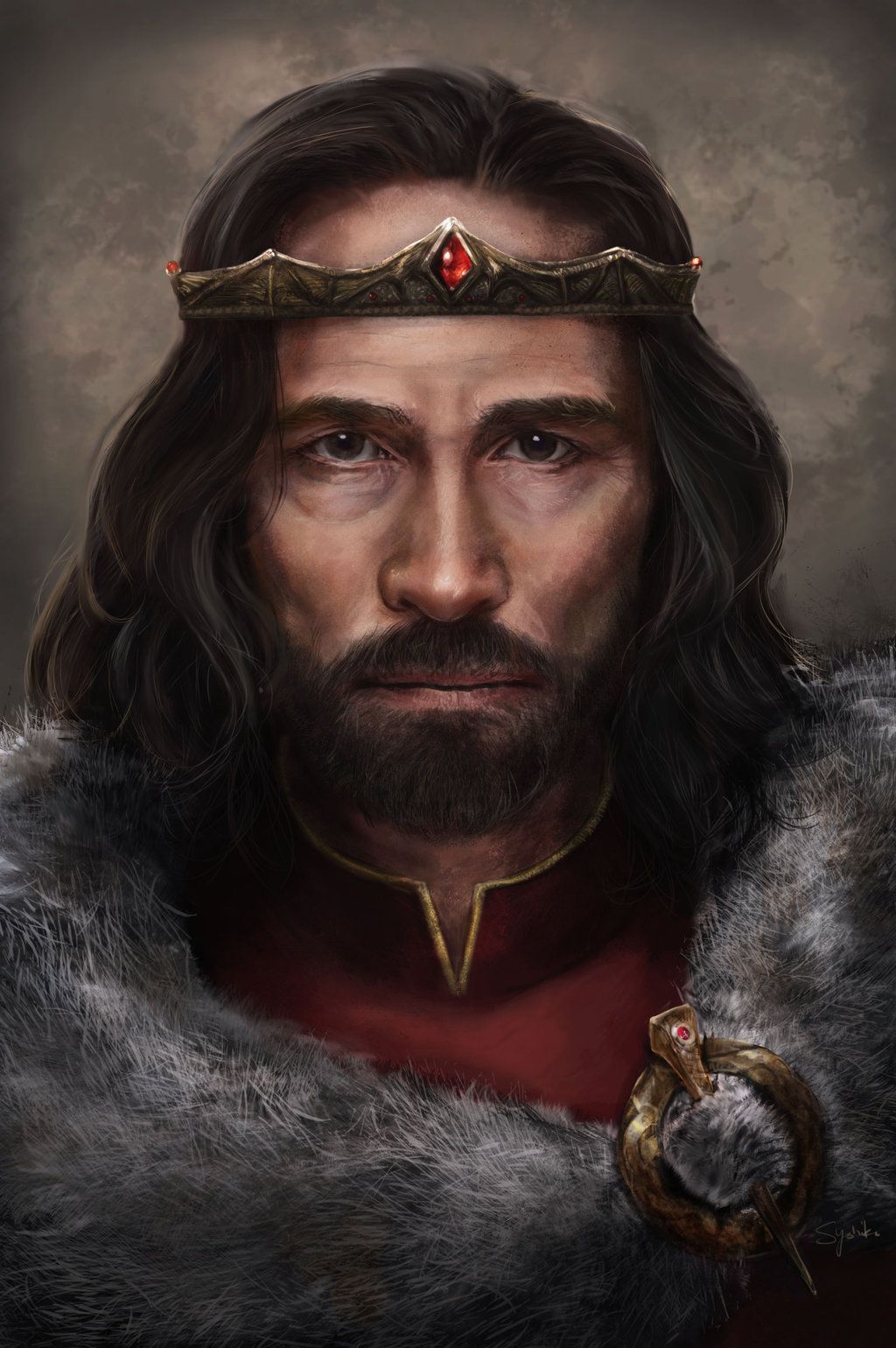 Vincent Fleetwood is the Ranger King of Teufeldorf and the Western Reaches. He is largely credited for driving the last of Hastur's son, Grim, from the City-State of Teufeldorf during the campaigns of 885 TA. The victory in Teufeldorf marked the end of the Hastur Rebellions and the beginning of the reign of the Three Kings. His cornation in July 885 TA marked the return of the Ranger Kings, a lineage absent since the Second Age.

Fleetwood is circumspect in discussing his past. It is known that he was born on January 13, 805 TA of human parentage. In 820 TA, Fleetwood successfully completed the Trek - an initiation of the Rangers of the Wilderlands - at the age of 15. As a young ranger, Fleetwood excelled at scouting and woodland combat often undertaking dangerous missions deep into the Orc Nation. His prowess gained the attention of the Crown.

In May 829 TA, Fleetwood volunteered to accompany a veteran ranger, Blackfoot, on a mission into the Forbidden Forest deep in the southern Reaches on the Sandal border. The mission was to stop a meeting between Baron Valdemar of Sandal, an enemy to the Crown, and a mysterious figure known as Tophet and his coven of witches. The mission, while ultimately successful, resulted in the death of Blackfoot. Fleetwood assumed the role as lead ranger and proved his valor gaining a rune weapon for his efforts. This began a long-standing relationship with his current adventuring companions.

Recognizing the threats to the Crown and Teufeldorf, Fleetwood undertook many missions against Sandal, the Orc Nation, the Tang Empire, the Wolfshaunt, and most recently, the Old Kingdom. He was instrumental in the Hastur Rebellions which solidified his position as a champion of the Western Reaches and gained him the throne. He is rumored to have taken the Sword of War and Violence from Hastur's son, although the sword has not been seen for years.

Fleetwood also took part in the mysterious 50-year adventure to the Netherworld which has had two effects on the ranger. First, his aging seems to have slowed. Despite being well over 100 years old, he appears to be middle aged - and quite capable. Second, he gained the Raiments of the Vain Warrior - a ring, a circlet and a pair of gloves. These unique artifacts, combined with his already formidable arsenal, makes Fleetwood the most renowned fighting ranger in the Realm. Vague rumors of Fleetwood wielding a Sphere of Annihilation are unfounded.

While Fleetwood delegates most of the adminstrative duties of governing the Western Reaches to his capable staff, he has brought the 12 baronies west of the Shadowyarn Mountains under his control. The City-State of Teufeldorf and its attendant castle have been re-built after being burnt in 889 TA by the orcs and occupied in 906 TA by the Tang Empire. Despite constant threats, the Western Reaches have enjoyed relative peace and prosperity throughout his reign. With Sandal as a protectorate, Fleetwood governs the largest kingdom in the Reaches.

Fleetwood is unmarried and without children.