Difference between revisions of "Wanton Wench Statistics, Crew, and Manifest" 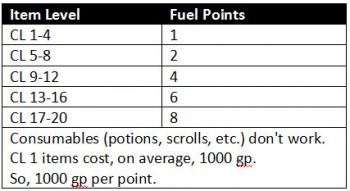