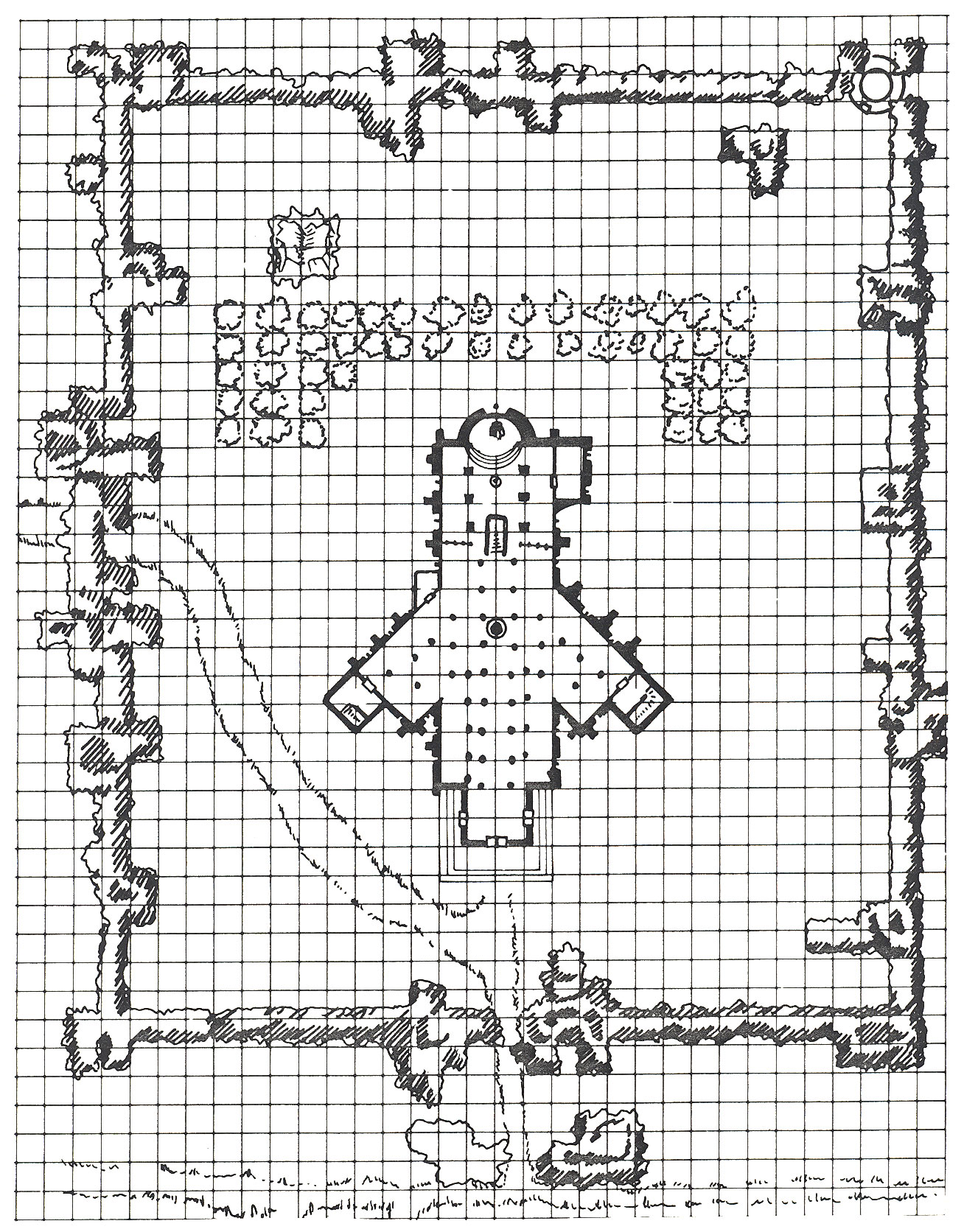 Near the village of Elfin Cross, there is an ancient path leading into the hills which is rutted and spotted with thistles, burrs, thorns, and nettles, and other rank weeds. There is some sign of animal traffic, but few humans now venture along the trail to the Asylum of Celbit.

The history of this area is an interesting one. Fleeing from the great oppression of the Fhoi Myore, the Oeridian people were often forced to travel on a moment's notice, family and friends losing track of each other and carrying only those belongings that could be easily carried. And so it happened that the great college of wizards were disbanded in the Oeridian homeland by a Fhoi Myore surprise attack. After safely reaching the pit of Ariandor, an effort was made to reestablish the college of wizards near the present day town of Elfin Cross. This was done, and the great wizard Celbit was named master of the college. A town sprung up nearby, and the area became known for its celebrated thinkers and enlightened lifestyle. It was at the time of the war with the Suel that Celbit was called upon to destroy the Kendeen Pass in order to stop the Flannish mercenaries from crossing from the Evertangle Forest into Ariandor. Many months of pleading took place before the pacifist Celbit agreed to take on the task. Celbit devised a plan so that no living creature would be hurt when he caused a great earthquake to shake down the mountains and seal the pass. It is said that his conjurations took almost a month, during which time he neither ate nor slept. Whether the strain of the spell caused Celbit to miscalculate his spell's strength or whether the spell was sabotaged (as the wizard himself would claim) is not known. It is estimated that almost a thousand men died in the earthquake that followed, and it is known that Celbits mind snapped. After the destruction of the Kendeen Pass, the college of wizards took on a sinister dwemenor. Villagers no longer traveled up the path to the ancient stone buildings, and soon the happenings at the Assylum of Celbit became a story to frighten children who didn't want to go to bed.

It was a year ago, that a small group of young adventurer's set out to explore the ruins of the wizard's college. One of the young men, an alchemist's apprentice, sought the secrets of the ancient magical arts that were lost when Celbit went insane. The party disappeared around the bend in the road and was never heard from again. Several days later, a logbook covered in blood was found stuck to the door of the alchemist's shop in Elfin Cross. The tattered book contained the following passage written in the hand of the alchemist's apprentice.

Adventures in the Asylum of Celbit 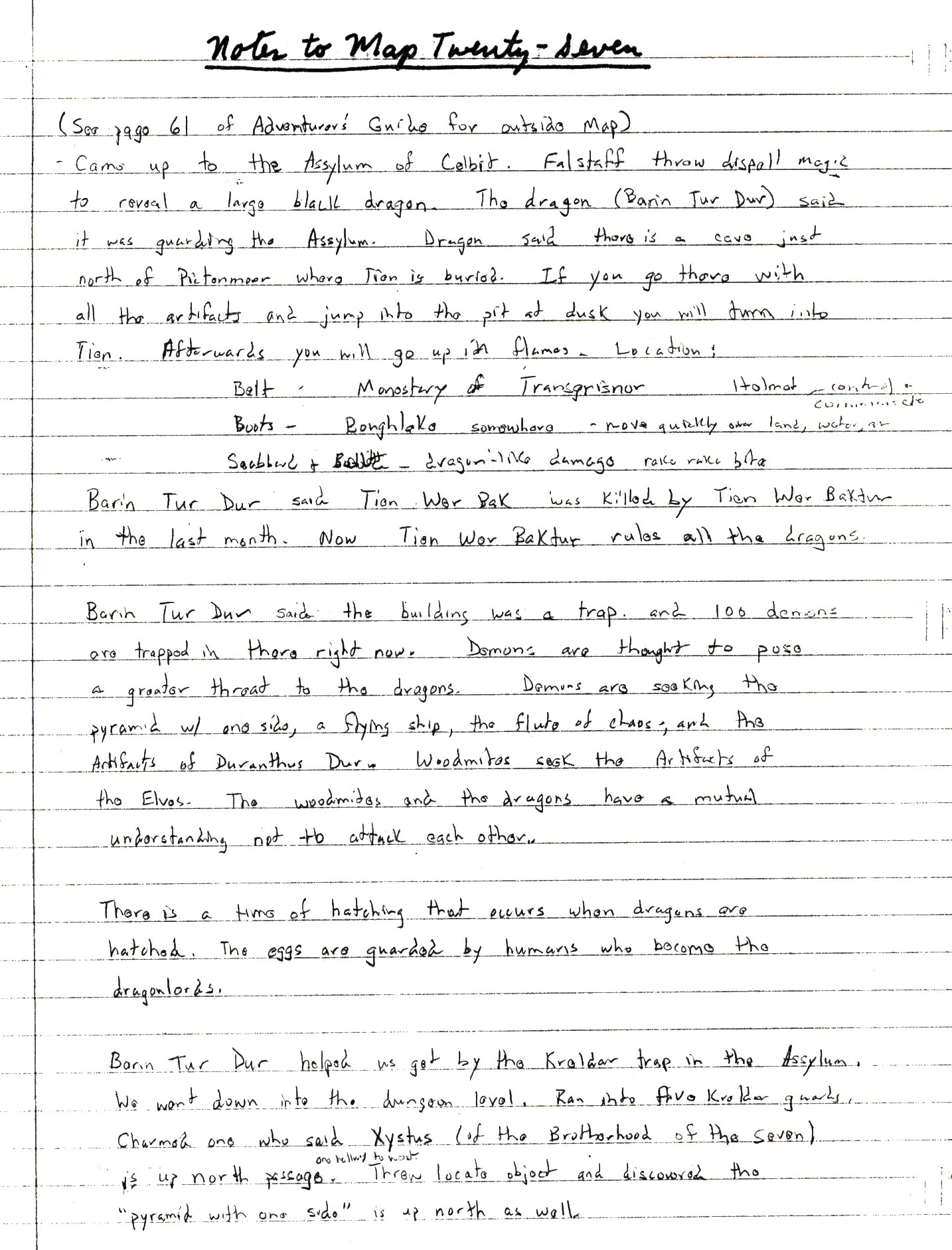 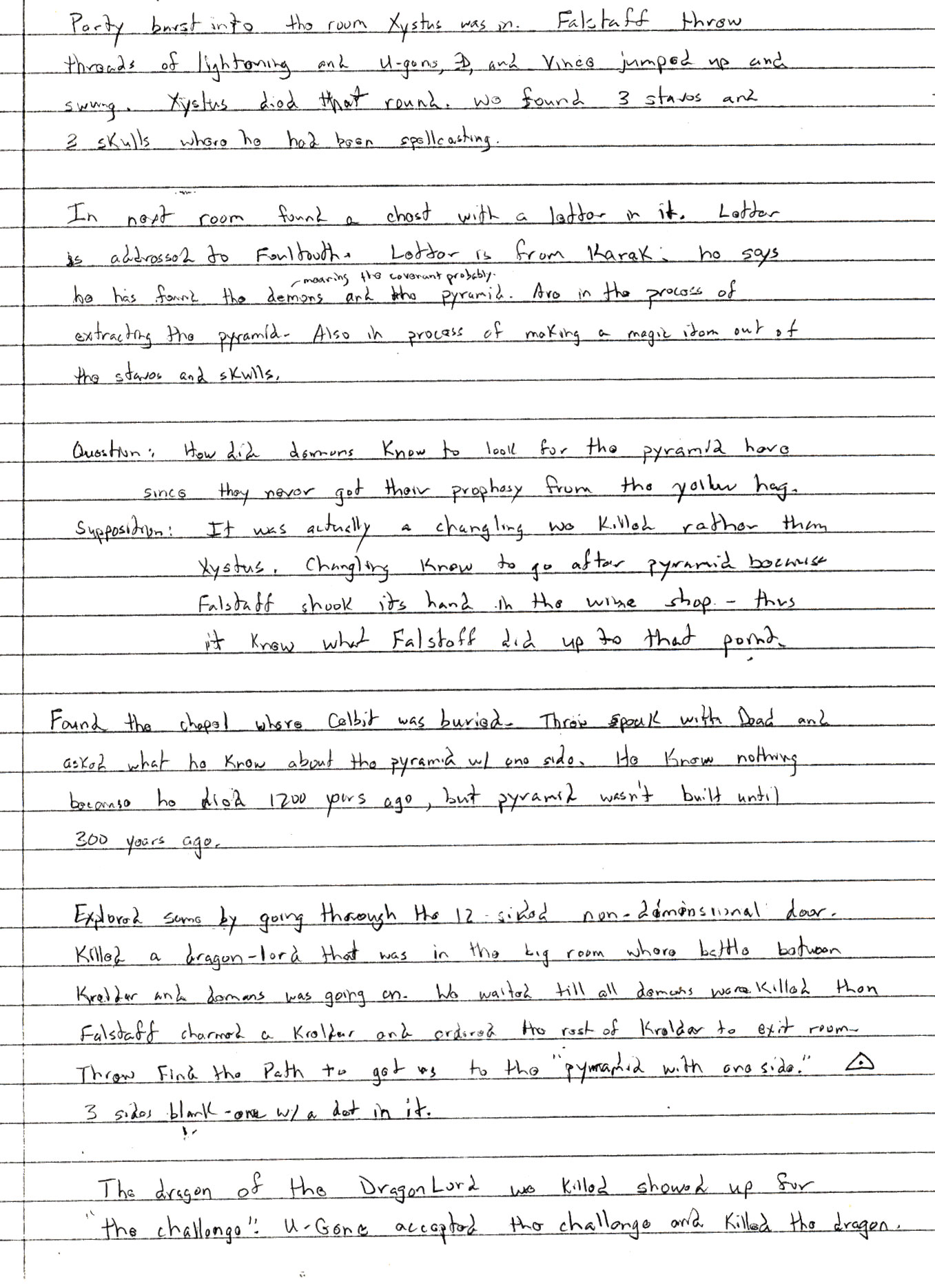 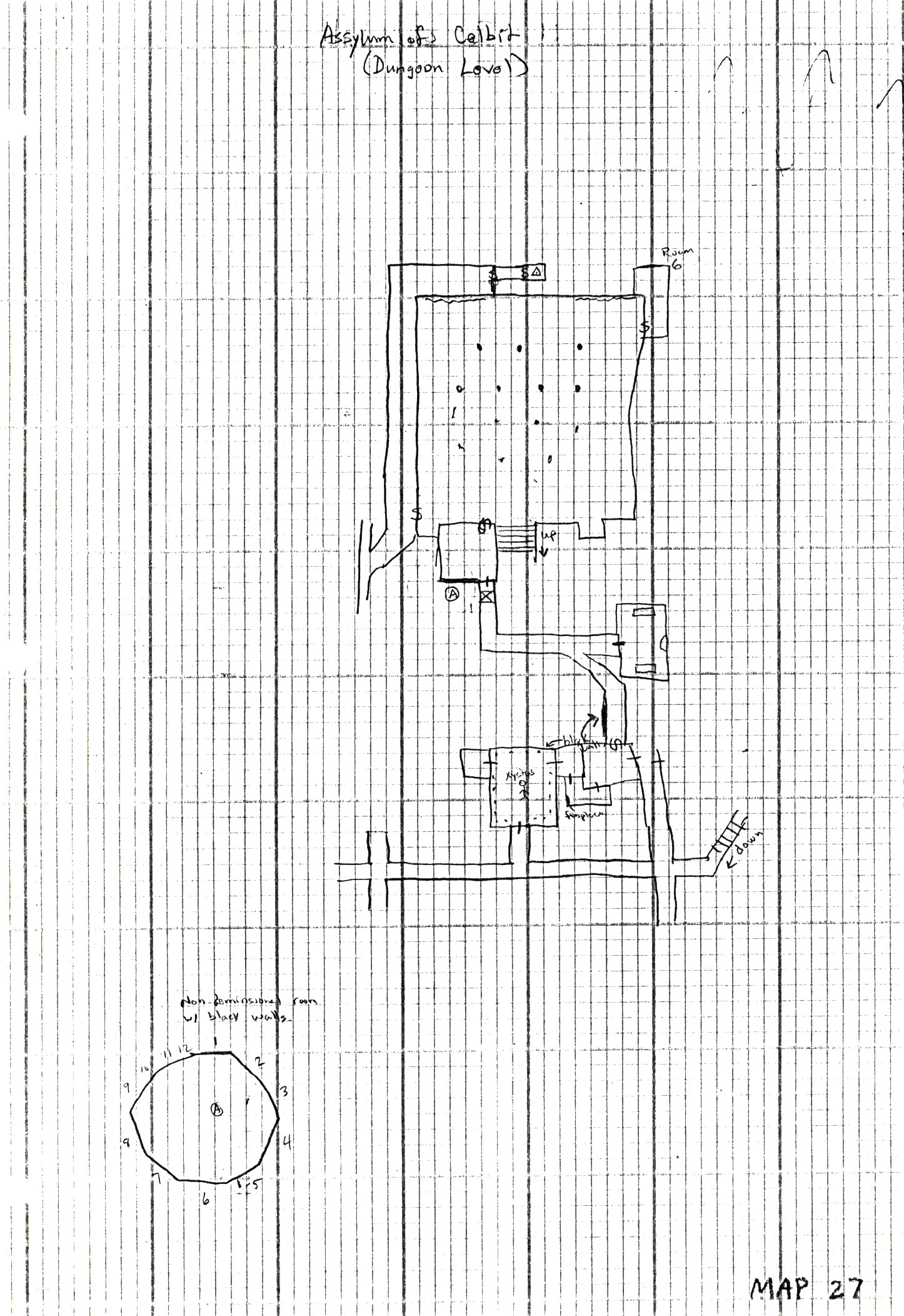 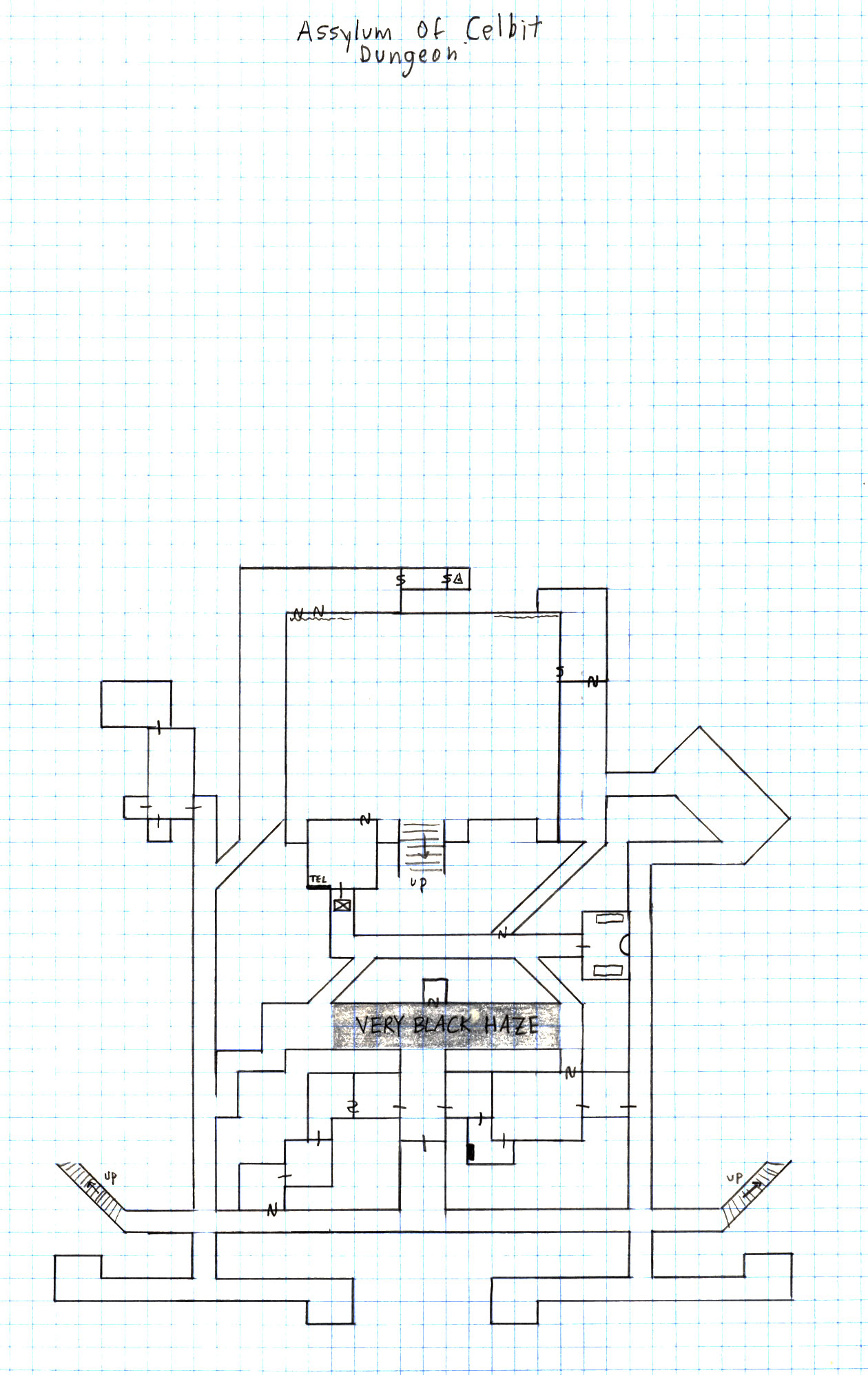