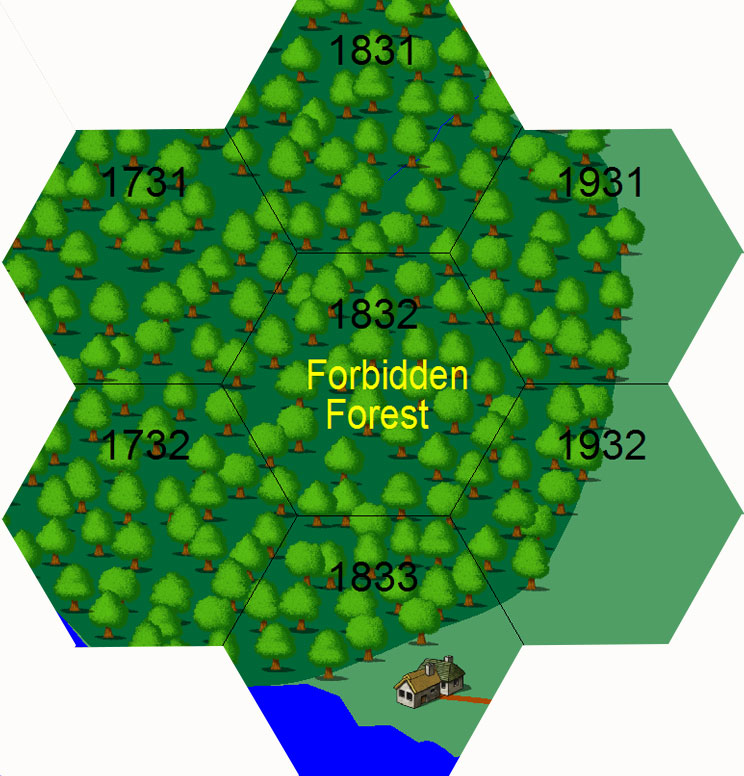 Adventures Against Tophet and the Witches Coven

A small group of female mages have long studied the magicks of Tophet, Devil of the Moon. For many years, these women have been sustained by the elemental evil of their master. Their bent wills have changed the priestesses into witches. Long have Tophet's Coven practiced their arts in the deep woods of the Forbidden Forest. Only with the recent freeing (death) of Tophet, have these hags come out of their forest fortress. They have offered their help to Valdemar. He gleefully accepted, and a meeting has been set up for two days hence. That meeting must be stopped.

Here are the only facts about the witches that you know.

The party entered the Forbidden Forest in order to prevent Tophet and the witches from allying with Valdemar. It was here that Blackfoot died trying to claim the rune axe, Sunblade. Sir Vincent Fleetwood, alias Vince the Invincible, joined the party here and claimed the rune weapon.