At the northern end of the Dismal Swamp about thirty leagues east of the rim of the great pit lies the ancient Hall of the Giant King. Before the arrival of the first humans into Ariandor, giants walked the western rim of the pit with few enemies. The migration of humans into the area drove the wandering bands of giants into the hills. Recently, giants have been raiding the lands of men in large bands, with giants of different sorts in these marauding groups. This death and destruction has been laid most heavily upon the fertile plains near Owenglen.

It is said when the Suel came through the Pass of Baklunish in those most ancient of times that the first castle that they came upon was the Hall of the Giant King, a monstrous structure of stone and rock. The Hall was home to Brug, a stone giant of thoroughly despicable nature, both sly and vicious, loving ambush and backstabbing. Brug was the self-proclaimed King of the Giants, a title which he enforced with the Scarab of the Giant's Heart. Although scholars and adventurers alike have sought that most elusive of devices, the scarab has been lost for the last twelve hundred years. With the power of the scarab granting Brug's wish for a massive summoning, giants of all types were brought together to build the great hall. Some giants traveled the entire perimeter of the great pit to come to Brug's conjuring, but it is thought that the only the weakest of those far-flung brethren could not resist the power of the scarab. Whatever the case, the Hall of the Giant King stood before the Suel armies, a stronghold which would withstand their siege for almost a year. When the walls of the great castle were finally pulled down and the last of the giants slaughtered, the Scarab of the Giant King was found around the bloodied neck of Brug. While several underground passages were discovered, the vast majority of the giant's treasure horde remained lost. And so the scarab passed into the hands of the Suel armies, where it disappeared into legend.

Recently, a scouting party from the Merchant's Guild was sent to the northern reaches of the Dismal Swamp to discover the source of the recent attacks. Twelve scouts and rangers were dispatched, and only one returned, a broken giant's spear protruding from his chest. Before Isambard Greenward died, he told a tale of a magnificent wooden structure built over the foundations of the ancient hall. Cresting a small hill overlooking the valley in which the castle stands, the party was stormed by several score of giants. As if by magic, Isambard swore that the giants converged on their unfortunate position. Only his elven cloak kept Isambard from being instantly slain. With his dying breath, the wounded ranger described a cloaked man standing next to a giant warrior on the battlements of the rebuilt Hall of the Giant King, and around the giant's neck hung the Scarab of the Giant's Heart. 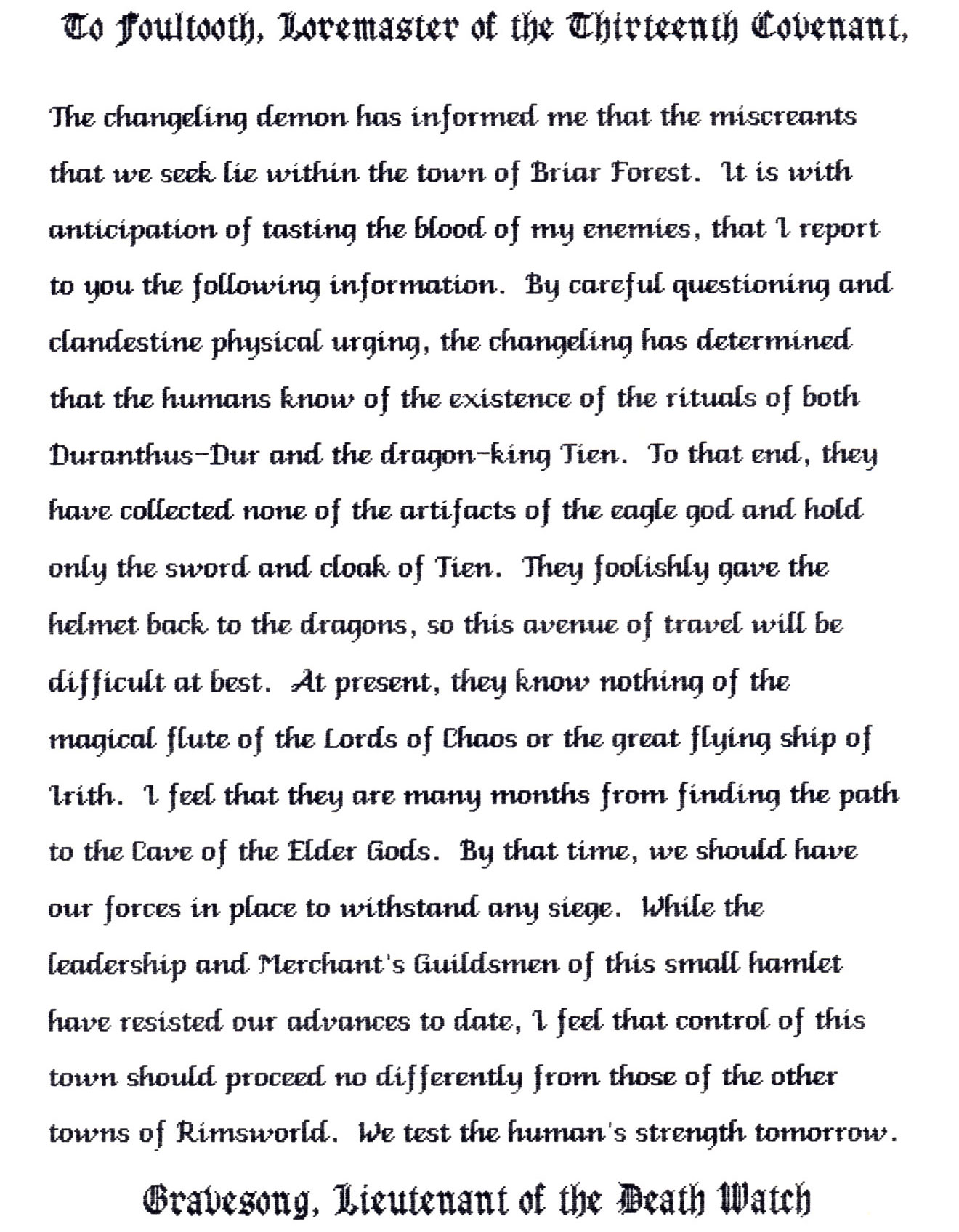 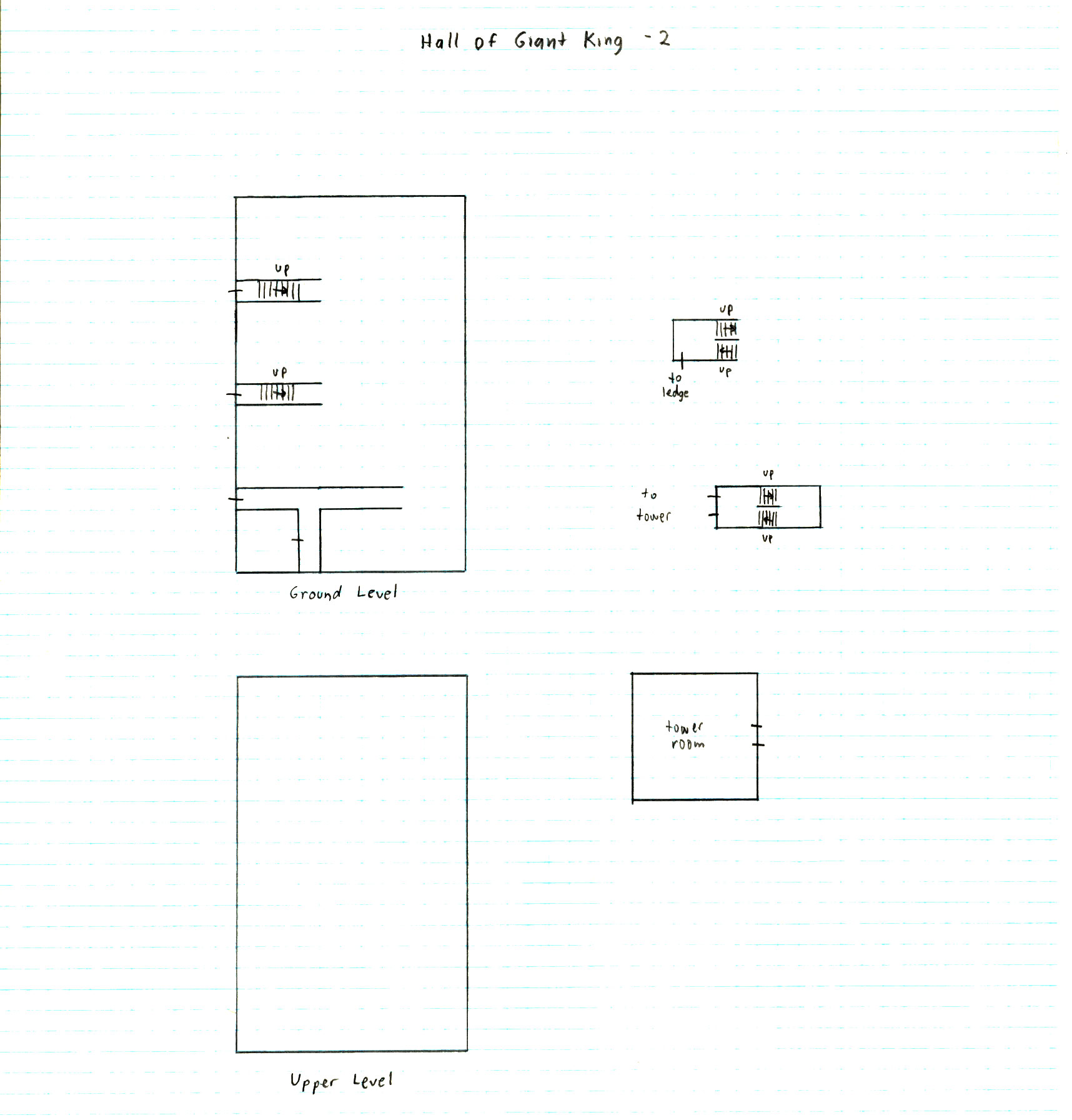 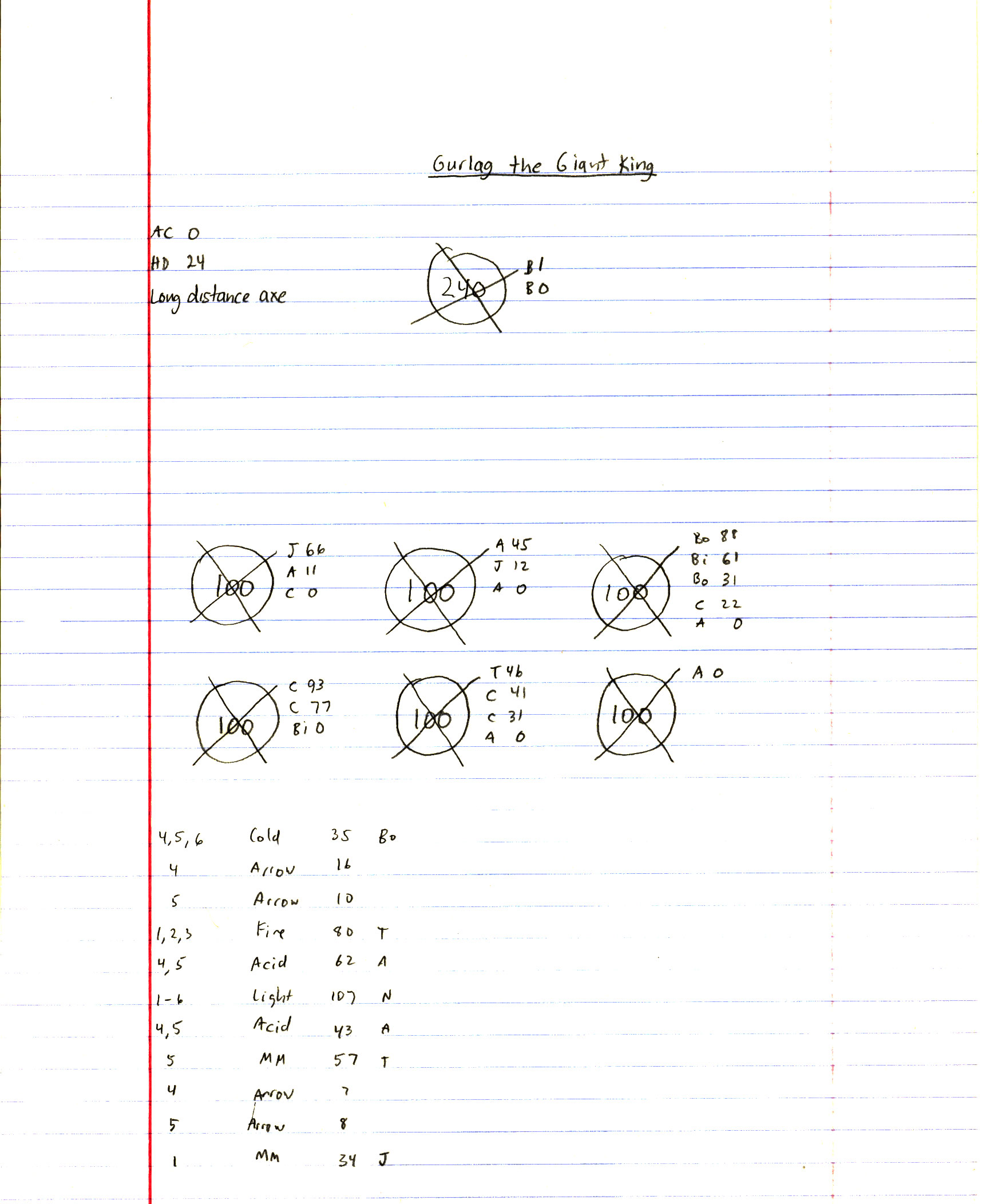 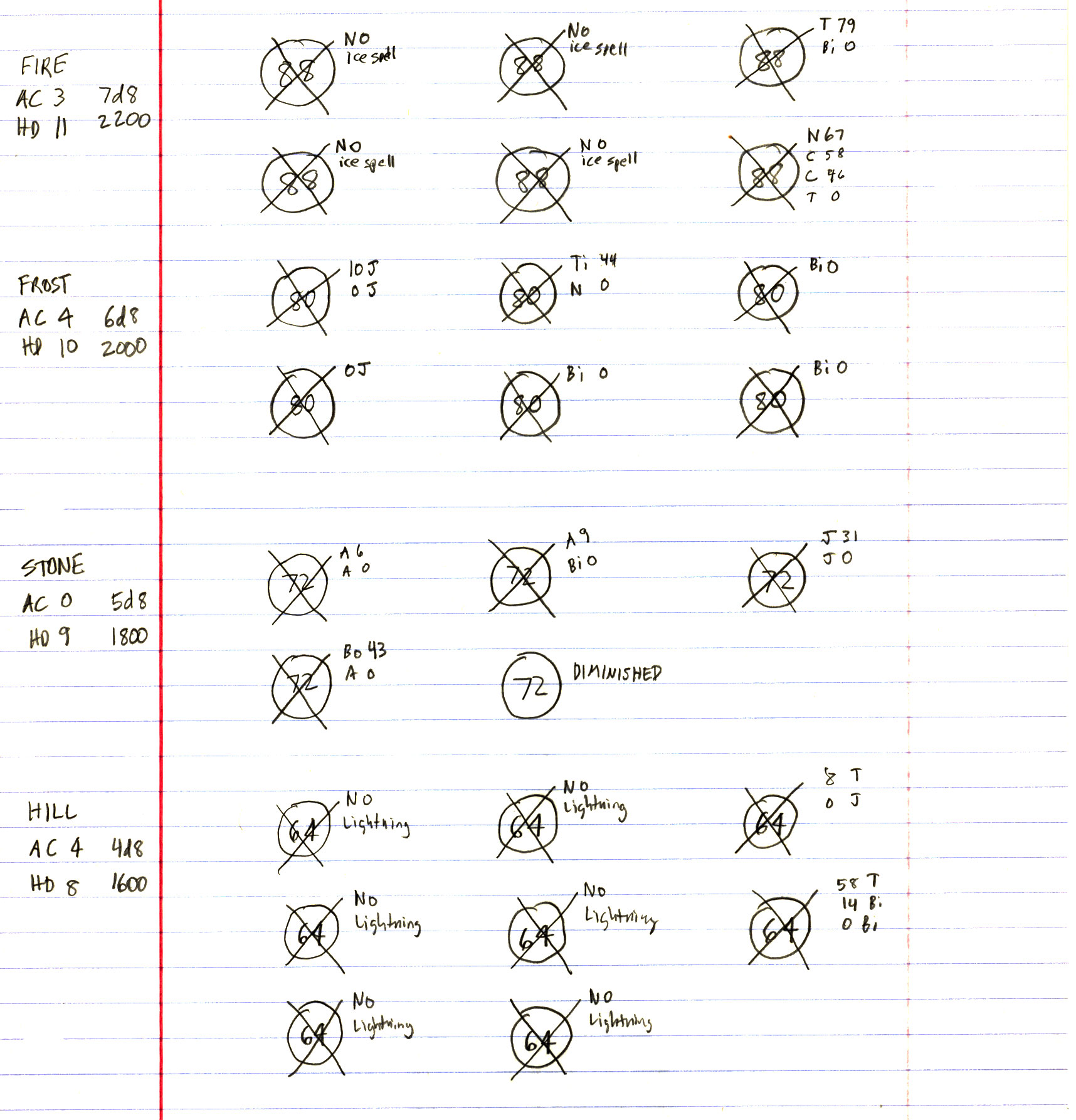 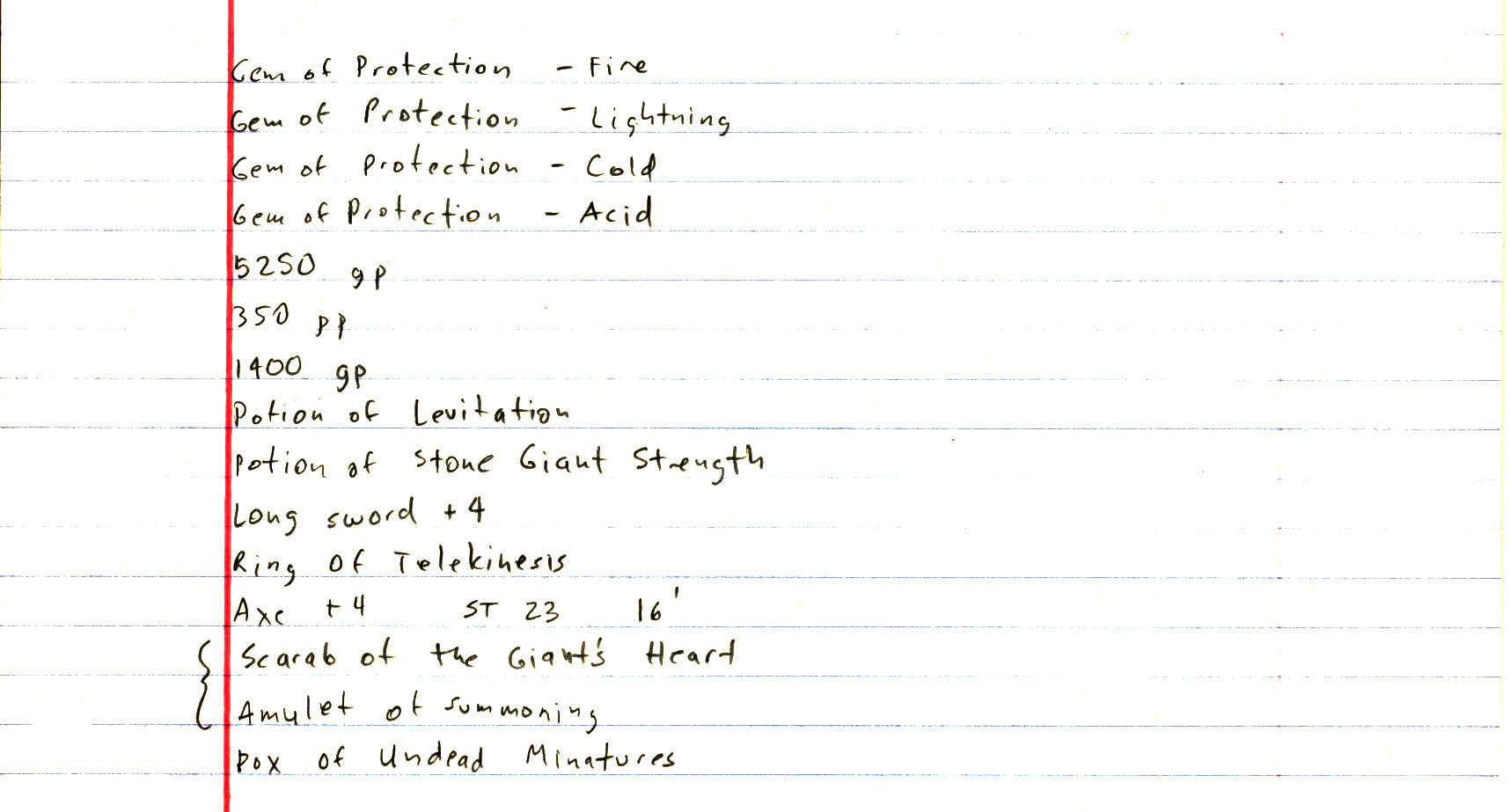