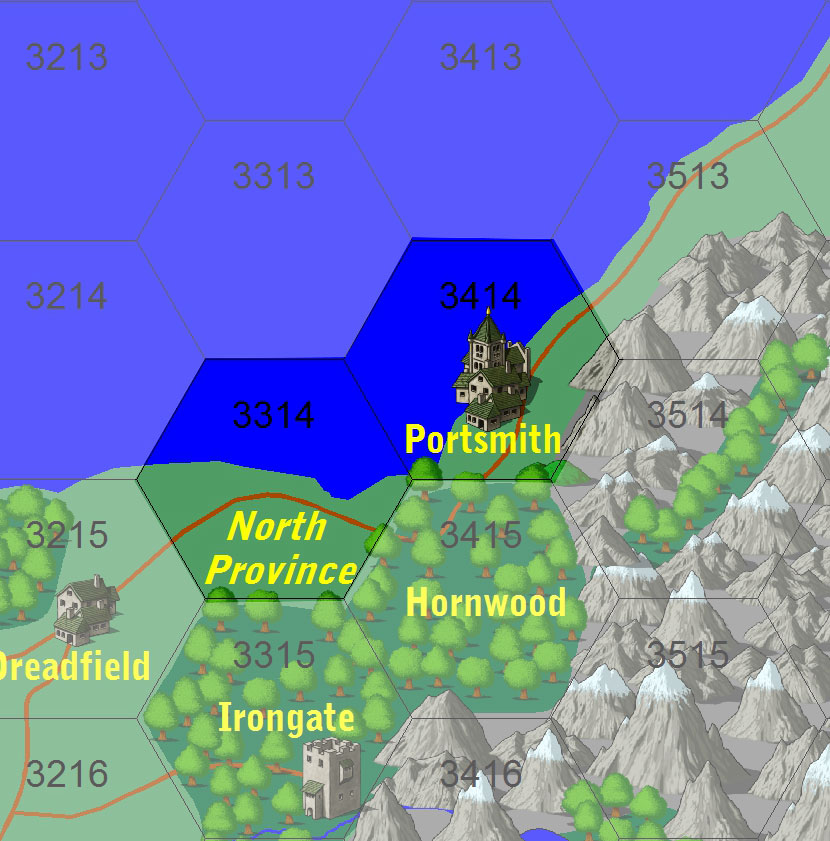 The current ruler of Portsmith is Nicholas Clay, who was elected in 908 TA to replace Jana Blackfire. Blackfire and many of her paladins and clerics were killed in the Demon Raid of 907 TA. Nicholas is a prominent citizen and a member of the Order of Merchant Keymasters. He is focused on trade and has been known to turn a blind eye towards pirates, smuggling and dark dealings. Clay rules from a newly-established merchant center, a coffee house known as the Java Bird, replacing the previous governor's house destroyed during the demon raids.

After the death of Jana Blackfire, Nicholas Clay retained several of Blackfire's officers, although their roles are greatly diminished:

Merchant trade is the lifeblood of the city, and the caravan to and from Portsmith carry all manner of goods - well beyond its humble beginnings of ore and iron. It is rumored that the local branch of the Family is run by Jon Singleshadow and the Dark Path is headed by Gabriel Gloommantle, both have recently escaped imprisonment by the Blackfire administration. 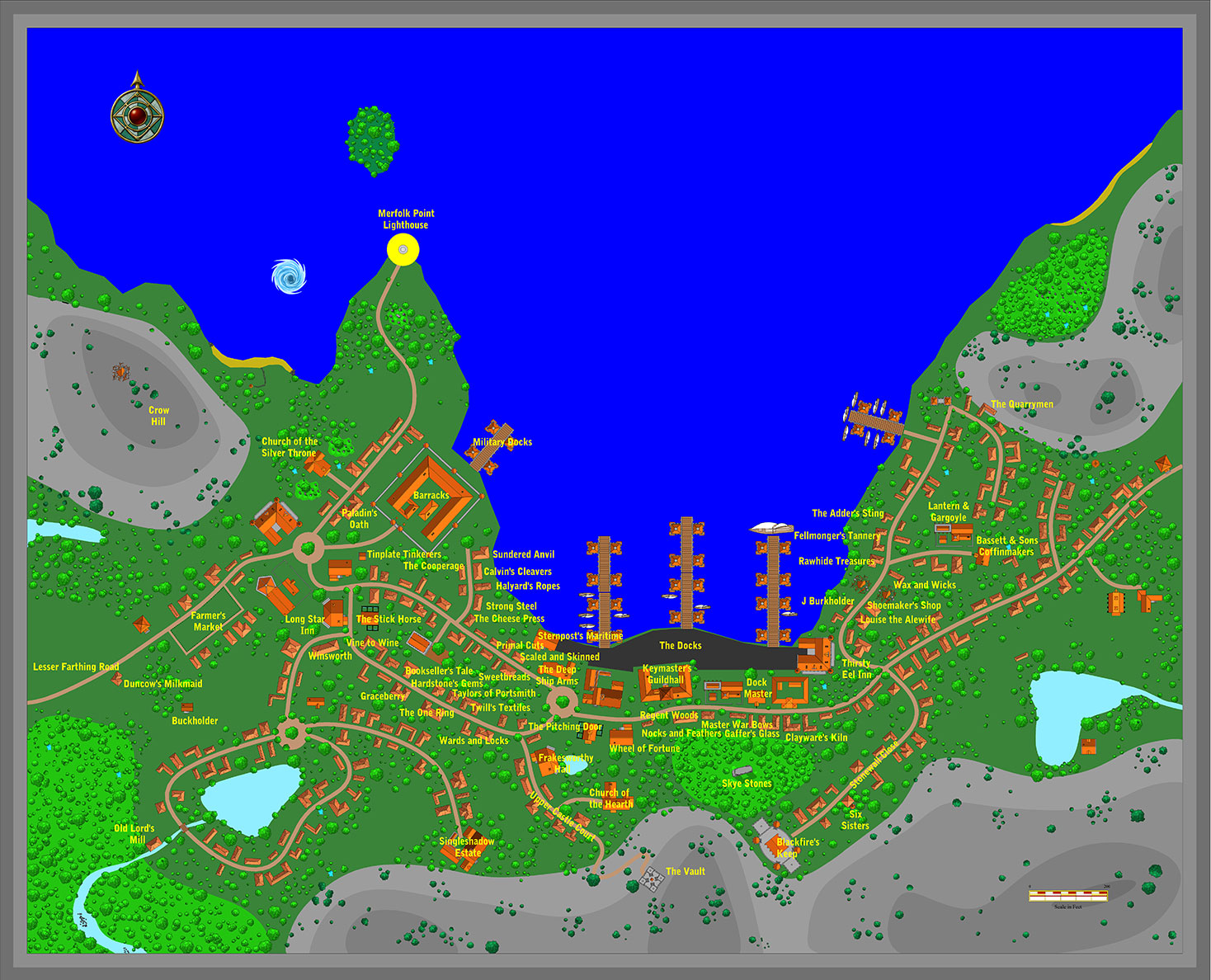 So terrifying were the stories that the local population elected Jana Blackfire, a fanatical paladin of the Order of Crusaders to governor in April 904 TA. Nicknamed the Crusader of Portsmith, Blackfire invoked an edict she called "The Gavel" to bring order to the city's chaos. In addition, a large contingency from the Order of the Silver Throne descended on Portsmith to execute the edict. Order was kept through mounted patrols - called derisively the Hexmen - consisting of a cleric of the Order of the Silver Throne, a paladin of the Order of Crusaders and four guards. Crime dropped as the jails filled.

On December 11, 907 TA, Portsmith was raided by demons. The reason for the raid remains unclear, but Jana Blackfire and most of her order were slain before order was restored by the arrival of Hylax and a company of Eastern Reaches knights. On, January 1, 908 TA, the people of Portsmith elected a merchant, Nicholas Clay, as the governor of North Province. Clay has relaxed Blackfire's iron-fisted rule. Clay is currently neutral towards the Crown and at odds with the Sea Barons.