The Clockwork Age of England 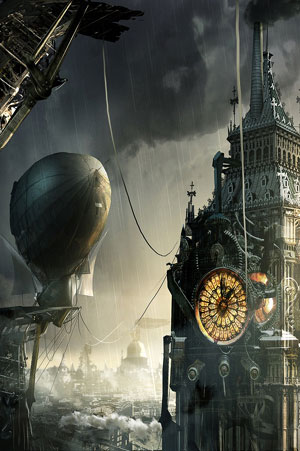 Even though it is only a rumor in the press, the current hot gossip revolves around the forthcoming announcement of the first steam-powered personal rocket pack – the Jaguar X-1 engineered by William Lyons, Sr. The rocket pack is rumored to lift 300 pounds for an hour on one drop of ichor. A boiler under the ichor nebulizer pushes the wearer into the air, and the pilot can control the thrust by venting extra steam from large panels on either side. What better way to travel to Bond Street?