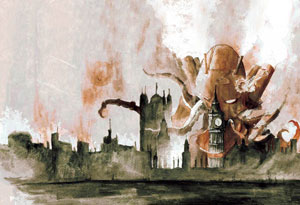 It is also the time of the Madness.

The Madness is a Realms of Cthulhu roleplaying campaign - read about it here. 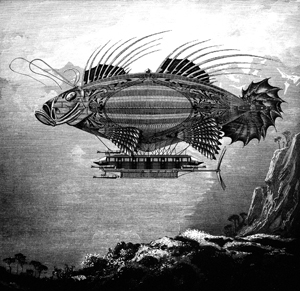 Sign up for Burning the Wicker Man - the latest Madness campaign One Night Stand! Spaces are limited for the game - come join the fun! The times are the usual 4:00pm until 10:00pm, and we will be ordering in dinner.

Timothy Watson is an eager researcher – at times brilliant and at others somewhat prone to following flights of madness. The more staid members of the King of Clubs tolerate his eccentric behavior because of his one special ability – he can pick patterns out of seemingly random information. Scouring the London Times daily, Timothy has been known to find secret messages encoded in its folds – a popular means of communication between criminal elements in 1892. He can also tell you how many times and in what context the number “13” or the image of a terrier appears. While astounding, this ability poses a few challenges – namely trying to determine the valuable leads from the stream of observations that Timothy is constantly babbling.

So, while at lunch at Baring House on a quiet Saturday afternoon – 30 April 1892 - to be precise, you are not surprised to see Timothy dash into the room. A pile of papers in his arms and his unkempt appearance tells you that he hasn’t slept and another discovery has just been made.

“The Haunting Hand is going to blow up Tintagel Castle tonight during the Walpurgis Night Festival!”

“It’s all in this advertisement here,” Timothy gushes pointing at a beautiful quarter page layout for a trip on the East India Company’s newest ichor-powered airship, the Chronobelle. The promotion is for a round-trip adventure from London to enchanted Tintagel Castle – legendary home of King Arthur – for a celebration of the pagan festival of Walpurgis Night. The trip features the most fashionable magician in London – the Illusionist – as entertainment on the two hour flight. Once at Tintagel, the promotion continues, ladies and gentlemen will be treated to a formal dress ball on the grounds of the castle ruins culminating in the burning of a giant wicker man on the beach below the castle just outside Merlin's Cave. Returning at 2:00am, the advertiser promises to have you home in time to catch a nap before church.

Sounds like fun if you have an extra £250 per person.

“Now, reading between the lines, skipping every…” Timothy continues. Finally, he hands you a sheet of paper with the message decoded. ACCIDENT AT TINTAGEL. FINCH NEEDED. SACRIFICES, EXPLOSIONS READY. BLIND MAN'S BLUFF. OLD ONES COMING. RG.

An enquiry to the East India Tourism Exchange reveals no seats available on the Chronobelle for tonight’s flight to Cornwall. Calling in all favors, a message from Lord Ashburton’s neice finally arrives at Baring house – “Six tickets procured for tonight’s flight. Dress is formal. No luggage or weapons allowed. Passengers subject to search. Be at the East India Aerial Dock #1 at 6:00pm. Extreme caution advised.”