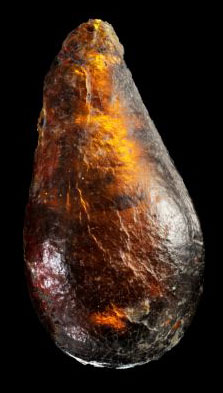 Report by Georgina Rukhs
Relating the events of 15 February 1892

In addition to what has been reported in The Times, I made secondary inquiries into the cult of the Children of Mu. It is certain that these cultists brought down upon the V&A the destruction of property, loss of life, and attempted theft of artifacts that are now under the guard of the curator. While they appear to be few in numbers, they are clearly radical in their belief and practices. In previous discussions, Dr. Appleton did not mention them – which I take a sign of their insignificance to his research into the Lost Continent. His action to hide the ritual scroll behind the painting in the museum just prior to the event, however, obviously marks him as suspicious that something was afoot.

From the archives, I have found only scraps of information relating to the cult. Their beliefs are based on a supposed line of racial purity – direct descendents from the Lost Continent. It is their innate power – with the aid of artifacts of primal ancientness – which will allow their alien, sleeping gods beneath the water to be awoken.

This is consistent with the demands of the cultists – “We are the Children of Mu. We have come for our birthright – the artifacts are ours.” In an interview with Jennifer Appleton, she mentioned that her brother received a mysterious message the morning of the lecture, “Friends shall become foes as the shadows crawl.”

Of the artifacts, intense investigation showed the gold coins, iron dagger, and gauntlets to be mundane – although medieval in nature, they are certainly not prehistoric. I suspect they were props in the ritual of the Banishment of Shan – the parchment description we discovered by decoding Dr. Appleton’s clue left behind in the scroll case. Of all those items, I am most unconvinced that the black amber – which showed both properties of liquid and ambulatory life – was mundane. It certainly drove Thomas, the Appleton’s assistant mad when he broke open the sample to retrieve the strange looking insect supposedly at its center. What happened to the insect? Perhaps the ravages of the experiment turned it to dust, but it is surprising that no evidence of its existence was found.

According to Scotland Yard investigations after the fateful night, the leader of this cult was a Mr. Reginald Dufour – a refugee from the Continent with no known kin. A description of Mr. Dufour was set forth in a story by the London Times.

Mr Dufour and his accomplices are clearly dead, and without any ties to other known criminal organizations, the police have closed the investigation. I concur with this assessment, although I still see in my mind's eye the black ooze that was the amber fragments as it followed my hand around the table in the basement laboratory. It is a feeling that I won’t soon forget.