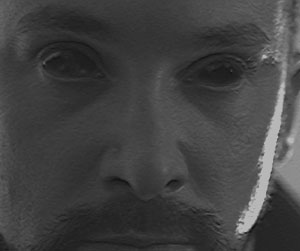 I will attempt to relate the events of 14 February 1892 to the best of my abilities – although it is difficult to view the events of the evening with scientific clarity when some aspects are so fantastic and otherworldly.

As well documented in the press the following day, I was attending a special evening lecture at the Victoria & Albert Museum – the same venue where my Coffin Texts exhibit is slated to open in a few months. It is lucky for me that the extensive damage done to the Lecture Theater did not extend to the South Court.

The evening lecture that night was by Dr. James Appleton, a mostly respected explorer, and his daughter Dr. Jennifer Appleton. I say mostly respected because while the father was an excellent explorer, his scientific principles towards archaeology are known for their theatrical flair. His daughter seems to be the more studious of the two – a solid cryptozoologist if she can avoid her father’s path.

As we arrive at the museum, we are running slightly late – Wyatt had asked to accompany me, along with Dr. Marleybones and Robert Ashton Clark – who presumably had spent time in Antarctica himself. At the last moment, Wyatt revealed that he had brought a collapsible sniper rifle. This necessitated finding an alternate entrance to our opera box overlooking the stage.

I should note that there are three opera boxes – all on the far back wall – overlooking the stage. Assigned to Box 3, in our hurry we accidently open the door to Box 1 – only to have the door slammed in our face. “Private room” is the rude reply. I could swear that I see figures dressed in robes – odd evening wear for a lecture. Settled in Box 3, I mentioned this to Wyatt who manages to lean out of our box far enough to see a large figure hidden well back into the shadows. Box 2 appears to be empty.

Jennifer Appleton is just giving her opening remarks on the discovery of the Lost Continent – which has been dubbed Mu in the popular press. She mentions some artifacts that are to be presented when an explosion erupts into the room, destroying the main door to the Lecture Theater – a muffled blast followed by billowing cloud of smoke and debris. A deep rumble nearby shakes the opera box and we feel the hallway outside collapse along with the center opera box. Plaster from the ceiling comes crashing down along with an ornate gaslight candelabrum. The unfortunate guests seated on the main floor are crushed both from above and behind. A final ball of fire from the gas jets, and the room is plunged into darkness.

For a moment, there is absolute silence – although my ears are ringing almost to the point of deafness. Small fires flare up about the room as clothing, plants and bits of furniture catch fire - providing some illumination. Of the guests, I can see no movement on the floor. Only a dozen bodies seem to be uncovered and none of them are moving. On stage, I see Dr. James Appleton in a heap, his neck at an odd angle.

I hear a sob and a gasp. From behind the stone lectern, I see Jennifer Appleton struggle to her feet. “The curse!” she gasps. The door to the hallway is blocked by rubble. It is a fifteen foot drop to the floor of the Lecture Theater below.

A quick glance out shows that Box 2 has collapsed. The shadowy figure in Box 1 is still there unmoving.

Walking from the blasted doors – not running like any sane person – two red-cloaked figures approach the stage – stepping over the maimed and dead without even a glance.

I heard Jennifer scream “Who are you?”

The response still haunts me - “We are the Children of Mu. We have come for our birthright – the artifacts are ours.”

I see Wyatt getting out his sniper rifle. A few moments later – both figures drop in mid-stride – the rifle reports strangely muted in the carnage.

Movement from Box 1 – I glance over and see a man dressed in a smart black evening suit and short cape leaning over the balcony and looking in our direction. He is most noticeable because he is bald and wears small round glasses in a brass frame. He has green eyes and is medium height and very fat. He is wearing a large emerald set into an intricately filigreed ring. The emerald glows – ichor perhaps? The man quickly ducks back into the shadows and I hear the door to the box open and close.

While Wyatt provides cover, Marylebones and Ashton Smith quickly scale the drop, moving quickly over to Jennifer to provide medical assistance. I follow with Wyatt behind me. As I reach the stage, Ashton Smith is gathering up the artifacts: some ruined gold coins, several destroyed book fragments, a scroll case, an iron dagger, and a pair of gauntlets. Of the lot, only the scroll case appears to be unharmed – strange since the other, sturdier items have clearly been damaged.

Wyatt suggests a quick retreat from the building – as we know additional cultists are lurking nearby.

As we move towards the rear exits, another red-cloaked figure steps out. This time it is Ashton Smith, who dodging a shot from the cultist’s revolver, returns fire with deadly accuracy. Hearing footsteps coming from the stairwell above, we move in the opposite direction and deeper into the museum galleries.

Jennifer seems to be recovering her wits. She tells us that her assistant, Thomas Billingsley, is at work in the basement of the museum – at this moment extracting a previously unknown type of insect from a black amber fragment found on Mu. Jennifer and her father argued bitterly over whether or not to carve into the black amber, so she could dissect its contents. He finally capitulated. As it was so close to the exhibit opening, Jennifer sought to reconcile with James by helping him get things ready, and set her assistant, Thomas to work. Unarmed and untrained, he has no hope against the cultists.

Running, we make it to the basement workshop. While Marleybones attends better to Jennifer’s wounds in an outer room, Wyatt covers the hallway we entered through, and Ashton Clark and I move into the inner workroom.

Groaning can be heard in a corner of the room. Thomas Billingsley is slumped against a wall. I notice small bits of black amber on the tabletop – although they are not stone, more liquid in nature. It is most unnerving that they seem to follow me – moving along the surface as if alive – small black formless blobs. There is no insect in sight.

As we move towards Thomas, he stands up – impossibly erect – a black swirling in his eyes. His gait is mechanical, but his intention is clear – to attack Ashton Clark. A fistfight ensues – Ashton Clark not wanting to hurt the clearly mad Thomas. I look over at the small black globs – they are already significantly larger.

A shot rings out, and a black circle of blood appears on Thomas’ forehead. Wyatt, standing in the doorway, has done his thing. Thomas drops – black ooze similar to that on the table quickly moving from his mouth, ears, bullet wound – what is this stuff? We back out of the room, Ashton Clark finding a large jug of mineral spirits and dousing the room with it. A quick strike of matches and the room is blazing. Jennifer and Marleybones are looking at the scroll case and its contents as we grab them and head towards the hallway.

Footsteps! The cultists have found us again. We need to find a refuge.

Scene 4: Among the Crates

We make our way into the new construction area of the V&A. Large tarps protect the existing building, scaffolding is everywhere, along with large wooden construction crates.

Dr. Marleybones attempts to calm our nerves, while Jennifer shows me the scroll case. It has an ancient Latin inscription – the name of a curse or spell – the “Banishment of Shan” is the nearest translation I can formulate. Inside the case, on a modern piece of V&A letterhead is the cryptic message – “Seek the scroll in the dry, stormy sea where rescue comes under a watchful moon.” The handwriting is James Appleton – this note was written today!

Dr. Appleton is aware of the Curse of Mu her late brother had told her about. She recalls him stating that “Friends shall become foes as the shadows crawl”. She had dismissed it as superstitious rubbish.

Suddenly, the cultists are nearby – searching the boxes. Two groups of two or three each. Wyatt readies his rifle, and we take a defensive position behind the boxes.

Shouts – we are discovered! A gunfight erupts, but our position is good and Wyatt takes down two more cultists. We hear shouts coming from the west – we need to get out of the museum.

“It’s a painting. James hid the scroll behind a painting.” Jennifer is looking at the note. “A sea is ‘dry’ when it is painted. We need to find a painting of a seascape with a full moon and some sort of rescue.”

I know where to look - The North Court. The roof is cross-shaped comprised of five glazed pyramids, without any columns at all, by iron girders that left the space below unobstructed for display purposes. The paintings are literally “under a watchful moon”.

Moving quietly we make our way to the North Court. Being a cloudy night, we need some illumination – candles will do. Splitting up, each of us begins a search for a painting matching the cryptic description.

And there it is: Moonlight Coastal Scene by J.W. Charmichael painted in 1840. As Ashton Clark moves to pull it from the wall – another shot. Ashton Clark slumps – a bullet wound to his shoulder. We turn, extinguishing our lights. Mayhem – a shootout in the dark. Wyatt is sure that he has hit three more. They should all be dead.

The sounds of Scotland Yard are approaching. I turn towards Jennifer as the first of the officers arrive at the scene. It will be a long night of explanations. Marleybones is attending to Ashton Smith. Wyatt is gone – and so is the painting. Sometimes its good to have shadows on your side.

I have written my notes on the Children of Mu for the files at Baring House. Thomas Billingsley’s burnt corpse was found, although no trace of the black ooze or insect could be pulled from the rubble. The head cultist – Reginald Dufour – was found in the North Court gallery - a victim of Wyatt’s deadly aim. Jennifer Appleton has made a full recovery physically, although I have been told she has left for the mental recuperation in the country. The Banishment of Shan scroll is now safely secured at Baring House.